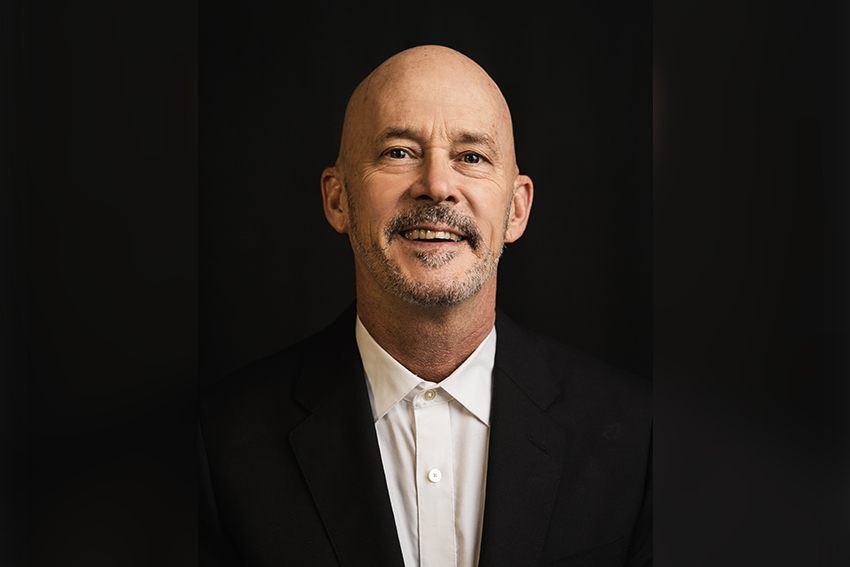 The year 2020 may very well go down in infamy for the COVID-19 pandemic, protests and the presidential election, but it also served as inspiration for artists.

Bixler, a professor in Bowling Green State University’s College of Musical Arts and director of Jazz Studies, has been with the University since 2008.

His ninth studio album released on Dec. 18. “Inside the Grief” was his reaction to the tumultuous year that was 2020. Bixler went into the studio in the fall with bassist Gregg August and Venezuelan percussionist Fabio Rojas and created a set that captures the searing urgency of this time. Six songs — “What Does it Care?/I Spy,” “Like Shosti,” “389,” “Inside the Grief,” “Balm” and “Vote!” — comprise the album he said is a “product of these strange times in which we are living. The pandemic has changed all aspects of our lives: family, education and work; society has been upended by an invisible virus.”

“Last year was tough, especially when I flew home to New York from Bowling Green that Friday before spring break,” Bixler said. “As you know, basically New York was shut down and it was really dicey in March and April and we hardly left the apartment at all.

“My wife, son, and daughter and her boyfriend were in school and I was teaching remotely. There wasn't that much breathing space in the apartment. Initially, it was pretty tense. When summer rolled around and people could start going outside and playing music outside, that’s when a lot of creativity started to happen. I started noticing a lot of jazz musicians looking for new outlets and I guess I thought I had to do something.”

Even though they couldn’t play together in person at times, Bixler said the pandemic actually played a role in BGSU students wanting to invest more of themselves in their musical talents.

“I'm seeing this in my teaching,” Bixler said. “I was wondering about what this school year was going to look like, but the students have doubled down and they're determined to pursue learning music. The same thing was happening in the summer with musicians playing just because it’s a part of who they are — playing in the park, figuring out a way how to do this, and so are the students.”

Being able to have a musical career outside of teaching lends credence to his teaching abilities with his students, he said.

“I think it's good, as probably all faculty think, because you want to model what you're teaching,” Bixler said. “I think it’s a big opportunity in the classroom — we have great students. The College of Musical Arts is putting out players who are playing professionally and are great representatives of what's happening in Bowling Green.

“Right now, I have a couple of students who are in New York. David Mirarchi just finished up a master's degree and is getting ready to enter the scene when there is one and another student, Jake Smith, who is in the second year of his master’s degree.”

Bixler’s eighth album was recorded in 2018 and released in May last year.

“Blended Lineage,” a four-movement work —"Pt. 1: Origins,” “Pt. 2: Motherland,” “Pt. 3: Trenches” and “Pt. 4: My Soul Swoons Slowly” — for nine musicians was included in multiple best of 2020 lists. The recording features trumpeter Mike Rodriguez, pianist Jon Cowherd, bassist Luke Sellick, Rojas and a string quartet comprised of violinists Judith Ingolfsson, Heather Martin Bixler, violist Josh Kail and cellist Rubin Kodheli. Marco Cangiano, writing about Bixler’s playing in New York City Jazz Record wrote, “There is no rush, no instance on patterns, just the careful choice of the right note and an unusual openness to what the other musicians have to say.”

“That album was commissioned to write music about tribes,” Bixler said. “I identified four tribes that I was part of in order of the movement: the first as a member of the human race, the second as a Wisconsinite, the third for the jazz musicians I know and work with in New York, and the fourth is just named after a James Joyce short story. As a whole, the album looks into the more spiritual aspect of life.”

Typically, Bixler would go on tour, playing several venues in support of a newly released album, but the pandemic — other than streaming and recording some performances — hasn’t allowed him to do that.

“It's frustrating not to be able to play music from the albums,” he said. “I was really looking forward to playing with the nonet. Hopefully sometime in the future we will be able to do that.”

Bixler is the host of “Liner Notes with David Bixler,” a podcast centered on conversations with jazz musicians. As both a Selmer and Vandoren Artist he is active as a clinician and performer throughout the world. He lives in New York City with his family.