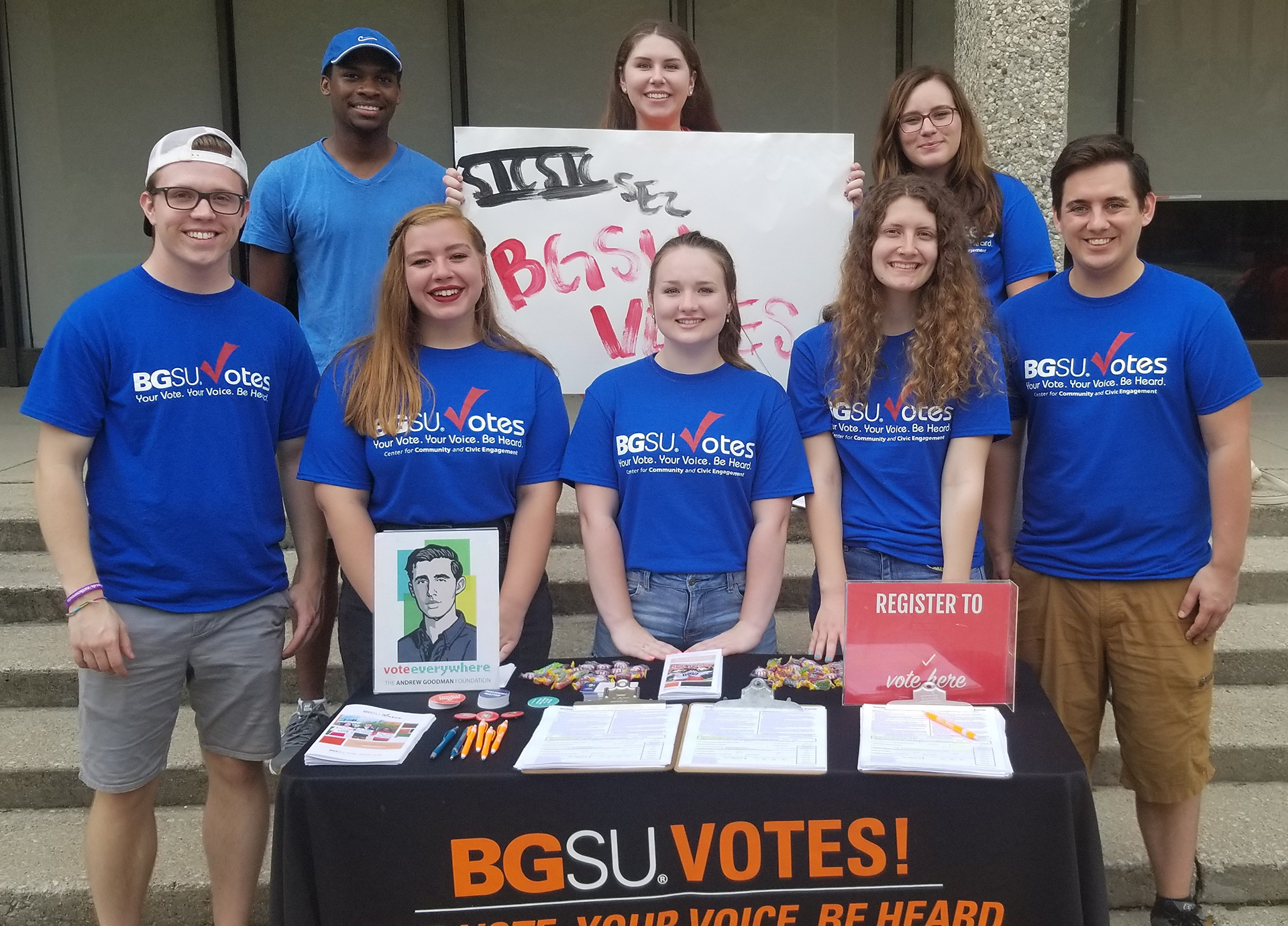 Not only does Bowling Green State University strive to develop educated citizens who engage in educational and professional development but also in civic engagement. The University’s Center for Community and Civic Engagement (CCCE) is no stranger to that mission.

BGSU has been designated a “Voter Friendly Campus” by the Campus Vote Project, which is a national nonpartisan organization in partnership with the National Association of Student Personnel Administrators (NASPA). The goal of the project is to help institutions develop plans to coordinate administrators, faculty and student organizations in civic and electoral engagement.

BGSU is one of nine universities in Ohio and one of more than 120 nationally to receive the designation. Universities receive designation upon demonstrating to the Campus Vote Project that they have utilized the resources provided, developed strategies to engage students and implemented programs along with future plans to continue the quality of their efforts and future developments.

“The Voter Friendly Campus designation serves as a continued affirmation that BGSU is dedicated to creating engaged citizens,” said Paul Valdez, associate director of the CCCE.

The process to apply for the designation involved an intensive development and evaluation of a campus action plan aimed at implementing these voter engagement techniques, Valdez said.

This is not the first step in BGSU’s active mission to engage students in voting. In 2016, BGSU received the Bronze Award from the ALL IN Campus Democracy Challenge for outstanding achievement in voter engagement, specifically the overall campus voter participation rate. Additionally, in September 2018 the Washington Monthly listed BGSU as one of America’s Best Colleges for Student Voting, a feat achieved by only 37 universities in the nation.

BGSU is also a partner in the Campus Election Engagement Project as well as the Vote Everywhere project with the Andrew Goodman Foundation. These partnerships help support funds for programming as well as scholarships for student leaders such as Alyssa Tomins and Harrison Carter, who both serve as Andrew Goodman Foundation Vote Everywhere Ambassadors.

“I have been able to grow as a leader”

The mission of the Voter Friendly Campus designation is to bolster efforts that help students overcome barriers to participating in the political process. The Campus Vote Project grants the designation after evaluating a university’s campus action plan and programs, such as BGSU Votes.

The BGSU Votes initiative is a campus-wide effort implemented by student leaders. Undergraduates are given the opportunity to use resources and tools to focus on voter engagement, increase civic knowledge and develop the skills students need to engage in democracy, politics and social action.

As part of the effort to receive designation, BGSU registered more than 700 student voters, increased voter participation on campus by 10.1 percent from 2012 to 2016 and hosted a variety of social events and programs throughout the year, engaging nearly 6,000 people.

“We explained how to register to vote, what was on the ballot and what to bring to the polls,” said Spencer Walsh, a sophomore majoring in Media Production. Walsh helped produce the videos used by CCCE and says that the experience helped him “feel a lot more confident” in his vote knowing he was better educated on what he believed in.

These opportunities and programs, including National Voter Registration day, candidate and issue forums and guest speakers from local election and service boards, helped demonstrate the mission of improved access to political participation for students.

“Ease and simplicity attract a huge audience in our generation,” said Meghan Dobbins, a freshman majoring in sociology and psychology. “BGSU Votes helped provide voter registration opportunities on campus which help young adults like me get into the habit of voting.”

Dobbins attended a “Pizza and Politics” night, another event hosted by BGSU Votes, intended to open discussion on candidates and their positions.

This access also provides for more informed participating in politics. 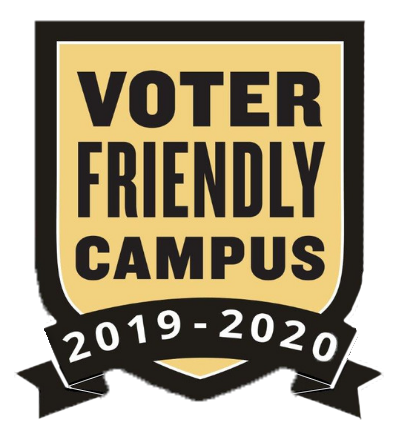 “Since my roommates and I are from out of state, it was very helpful to have an information sheet that provided non-partisan information about the candidates and issues,” said Lauren Weller, a second-year graduate student in the College Student Personnel program who attended a BGSU Votes information session.

Students were not only afforded the opportunity to learn more about the democratic process and issues up for debate, but to be actively involved in the planning and implementation of programs aimed to reach out to other students.

“I have been able to grow as a leader,” said Brandon Willinger, a senior majoring in political science. “Working at the CCCE has given me the opportunity to develop skills such as relationship building with on and off-campus partners, building and maintaining a team, developing programs and coming up with creative ways to engage with students.”

Willinger serves as a Civic Action Leader at BGSU, leading the BGSU Votes initiative. He continues that the greatest measure of success for BGSU Votes is the connection the initiative is able to make with the community.

“Each time we are able to engage with someone and help them overcome a barrier they face in the voting process, I know we are achieving the positive impact for which we strive,” he said.

BGSU is dedicated to championing the civic development of students, preparing them to be engaged participants in democracy through education both inside and outside of the classroom. BGSU is proud to serve the community as a Voter Friendly Campus through 2019-2020.