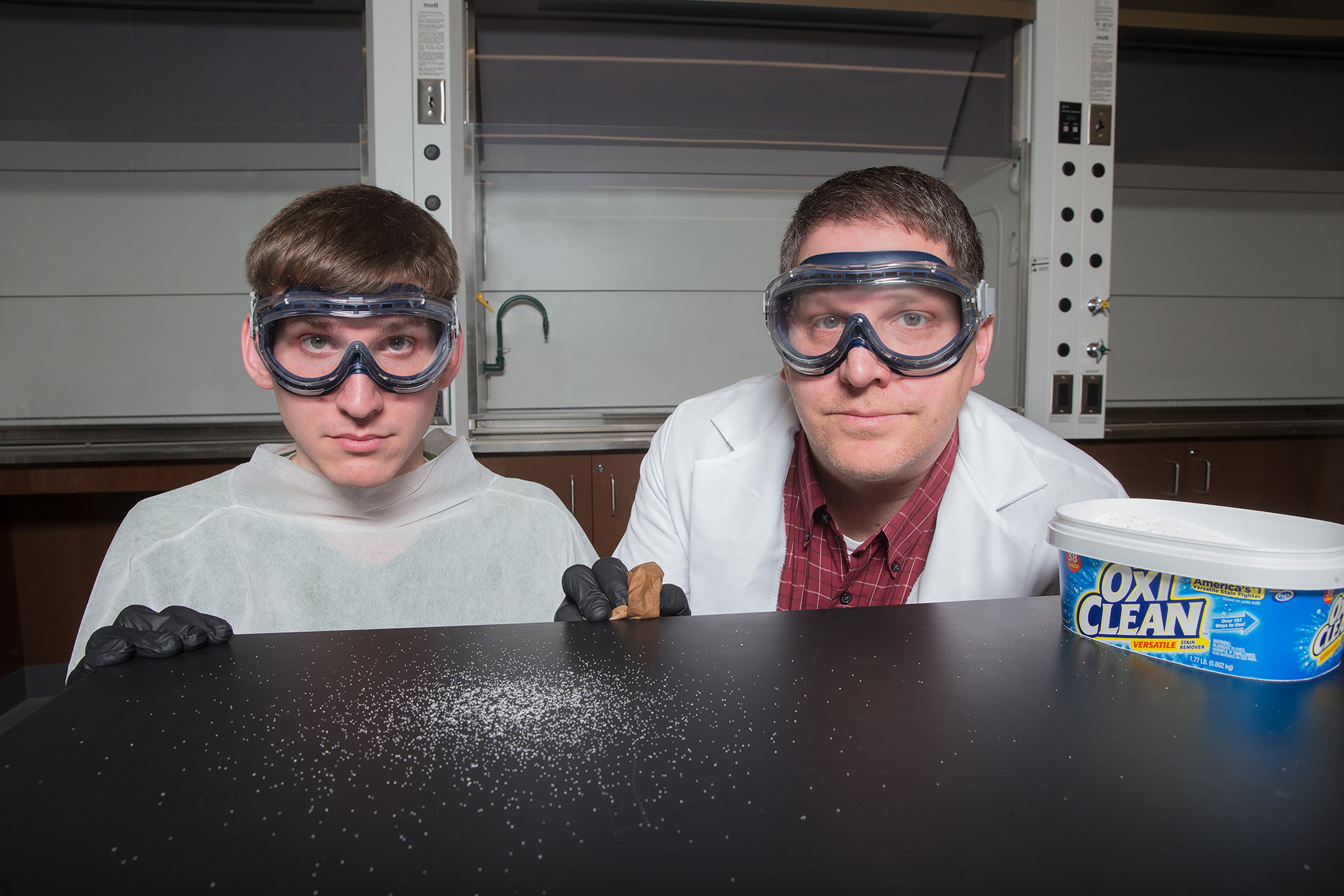 While celebrity deaths such as Tom Petty and Prince have highlighted the danger of fentanyl, the narcotic continues to be pervasive where people seek a powerful high.

"When prescription opioids started declining, we had an addicted population of drug users with money in their pockets," said Dr. Travis Worst of Bowling Green State University's Center for the Future of Forensic Science and Department of Chemistry. "First they turned to heroin, which in competition with opioids had dropped in price. But drug dealers realized that fentanyl, which works on the same brain receptors as heroin, was easier and cheaper to put on the market."

About a hundred times stronger than morphine, raw fentanyl is toxic and must be diluted. Unfortunately, so-called "dark chemists" sometimes experiment with different strengths with users as their unwitting test subjects, and sometimes to devastating results. Over the course of two days in April 2015, for example, 23 people in Akron, Ohio, overdosed on high concentration fentanyl. Nine of them died.

Because the drug is quickly absorbed through the skin, its danger extends not only to users but to anyone who comes into contact with it. Consider some real scenarios: A police officer collects evidence at the scene of a crime, brushes some of the powder off his uniform and overdoses 30 minutes later. A hospital nurse cleans a room after treating an overdose patient and soon becomes ill. Over the past two years, Ohio has seen 17 occupational overdoses or adverse reactions by first responders and others exposed to the drug. The health emergency called for immediate attention.

Through the Center for the Future of Forensic Science, BGSU was uniquely poised to address the crisis. Established on campus in 2014 in conjunction with the Ohio Attorney General's Bureau of Criminal Investigation (BCI), the center was developed as a collaborative resource for teaching and research. Dr. Jon Sprague, its director and BCI Eminent Scholar, got the call in summer of 2017.

With a Ph.D. in pharmacology and an interest in forensic science, Worst had been at the FBI's Counterterrorism and Forensic Science Research Unit, then moved to the Chemical and Biological Science Unit, created after 9/11, looking at hypothetical scenarios such as anthrax and rycin attacks. From there he went to the Ohio BCI and worked with Sprague on research involving drug chemistry. Worst joined BGSU in 2016 as the only pharmacologist at the Center.

A year later, Noah Froelich, a junior from Sylvania who had come to BGSU because of its new Forensic Science program, was seeking to pair with a faculty member for his Summer Undergraduate Research Fellowship. He approached Sprague, who connected him with Worst just as the call came to address the fentanyl issue. They got right to work.

"We had a research paper from China on the subject and knew there was a way to breakdown fentanyl, but the chemicals they used were expensive," Froelich said. "We looked for commercially available products in the U.S. that might contain the active ingredient, sodium percarbonate (SPC), that we might want to look at. We found it in OxiClean, specifically the Versatile Stain Remover."

Worst and Froelich designed a study to see if the laundry detergent would remove fentanyl from lab surfaces. They spread out varying concentrations of the drug, then scrubbed the surfaces after different periods of time with either OxiClean or tap water. Next, they swabbed the area for anything left behind and put the residue into a gas chromatograph mass spectrometer, an instrument that heats, vaporizes and separates the multiple components of a solution into its individual parts.

The pair found that the majority of the time, the detergent removed all traces of fentanyl. The BCI promptly issued a bulletin to more than 900 law enforcement agencies in Ohio recommending that OxiClean be used in situations where the drug might be encountered.

"This new scientific research is great news for Ohio's first responders, and responders across the nation, as we are all forced to deal with the day-to-day reality of the opioid epidemic," said Mike DeWine, Ohio Attorney General. "This is the kind of research that can make a difference for Ohioans, which we plan to do more of, alongside our amazing scientific partners at BGSU."

Worst and Froelich subsequently published their research in the Journal of Forensic Sciences — a real achievement for an undergraduate. With a double major in chemistry and forensic science, Froelich continues to do research with his faculty mentors. He's currently looking to find faster ways to analyze compounds modified by clandestine labs that produce illicit street drugs that are chemically different enough from controlled substances to be considered legal.

"I really enjoy science and doing the research," Froelich said. "As the evidence gets better, the better our criminal justice system will be. There's less ambiguity, more bad guys go to jail, the innocent man is freed. It's fulfilling that I can help with that."