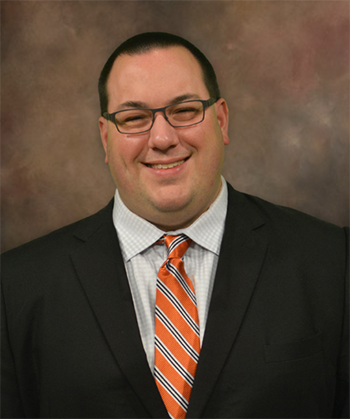 Dr. Russell W. Mills has been elected to the Board of Directors of the Ohio Aviation Association (OAA), the association announced Dec. 13.

“This organization is the voice of aviation in the state of Ohio,” said Mills, an associate professor of aviation studies and political science and the director of strategic initiatives for Bowling Green State University’s aviation program, which is a partnership with North Star Aviation. He is one of only two OAA board members from academia.

“This is a very active, working board, and I enjoy being part of the association,” Mills said. He was asked to join by past president Greg Heaton, who was familiar with him from Mills’ former position as a policy analyst with the Federal Aviation Administration (FAA). Since becoming involved with the OAA, he has served on the education committee and will now serve as vice chair of the advocacy committee.

The nonprofit Ohio Aviation Association comprises airport directors and directors, educational institutions and consultants in addition to representatives from companies that provide support to aviation such as construction contractors and equipment providers and others. It serves to advocate for all the Ohio airports, from smaller regional ones like Wood County Regional Airport to the larger, international ones like Cleveland Hopkins International Airport, and raise Ohio’s awareness of the importance of aviation to the state — which is “the birthplace of aviation,” Mills said.

“We would like to increase our contact with state legislators and eventually create a statewide incentive program to support our commercial airports,” Mills said. “Along with advocacy, we also provide professional development for our members.”

His membership in the OAA will benefit aviation students back at BGSU, whom he will take to the association’s annual conference, where they can meet representatives from airports and airlines.

“We hope to get more students interested in a career in aviation,” Mills said, noting that the United States industry has a growing need for everyone from pilots to aviation engineers to airport managers to skilled airplane mechanics.

In January, he will also be taking a group of BGSU aviation students to Washington, D.C., for the Aviation Policy Seminar hosted by the University Aviation Association, attended by representatives from Congress, the FAA, the National Transportation Safety Board, industry groups and others.

Mills has an extensive background in the field, beginning with his college career. Before his FAA employment, he received a master of public administration degree from the University of Vermont and was an air service development consultant for Burlington (Vermont) International Airport. His Ph.D. dissertation from Kent State University was on the use of voluntary reporting programs by the FAA.

At BGSU, Mills is also a research fellow at the Center for Regional Development (CRD), where he is leading a project funded by an 18-month, $325,000 grant from the Transportation Research Board’s Airport Cooperative Research Program (ACRP) focused on developing research into the use of incentives by airports and communities to attract and retain air service. It aims to provide information and guidance to help communities and even major airports get and keep passenger routes.

Before this study, he was part of another CRD project looking at the economic impact of air service at small and non-hub airports on their communities, also funded by a $300,000 grant from the Transportation Research Board of the ACRP. That study resulted in recommendations of strategies for retaining air service at these smaller airports.

“North Star has been very good to work with,” Mills said. The company funded the construction of a new facility and the purchase of new flight training airplanes, while BGSU provides the training and academic aspect of the degree program.

Mills is on the Wood County Regional Airport steering committee, which is working on developing a master plan for how investments can be made to expand the airport to accommodate the growth of the program. Also from BGSU are Kevin Doering, general manager of the Bowling Green Flight Center; Catherine Smith, senior lecturer and chief flight instructor, and Brad Leigh, executive director of business operations.

The program is also preparing to undergo initial accreditation through the Aviation Accreditation Board International, which, if successful, will likely increase enrollment even further, Mills said.