Offenhauer group has remained close for more than 40 years

One of the most loyal and cohesive alumni groups Bowling Green State University has produced does not trace its foundation to a formal club, fraternity, honorary or a similarly structured organization. This group even lacks an official name. 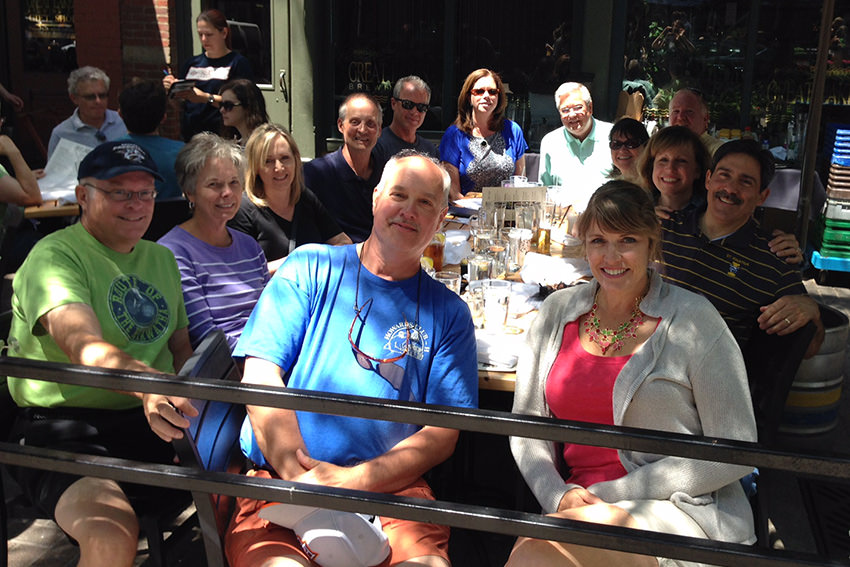 But it is hard to argue that this random collection of individuals who inhabited Offenhauer Towers in the 1970s is not something unique, unusual, and remarkably sustainable. With a core group of more than a dozen alumni, they usually get together for an annual reunion at a Falcon football game and also regular summer gatherings.

“There’s about 14 of us that have stayed in contact for over 40 years. There’s something special there. It’s magic in a bottle,” Greg Gettum ’78 said. “It wasn’t about the classes we took because we had different majors, but it was about the kind of things we did in Offenhauer and outside of Offenhauer, everything from the great tennis ball wars, going to sporting events together, and even the flaming pizza boxes tossed out the windows when the windows shouldn’t have been open.”

They came from dissimilar parts of the country, divergent backgrounds, and a wide range of interests. They all landed at Offenhauer, then the Taj Mahal of campus housing, and the bonds forged in that BGSU dormitory have lasted for decades.

“We weren’t all the same age,” said Chuck Di Staulo ’80, a Cleveland native who as a BGSU freshman got a rare housing assignment at Offenhauer. “I showed up as a freshman and became friends with the sophomores and juniors living there. We just kind of hit it off.”

Di Staulo has organized two summertime reunions for the group in Cleveland along with Gettum and Joe Maskovyak ’77, with each drawing more than 15 members of the dormitory troupe and their spouses.

“The amazing thing is, I’ve never stopped to think about how this all came about with our group,” Di Staulo said. “It just kind of happened, and I don’t think any of us wonder about how or why.”

Gettum said the high jinks are all history, but the friendships have remained.

“We were all in each other’s weddings, we celebrated the births of our children, and now we have the graduations and weddings of children,” he said. “And we’re starting to go to the funerals of our parents. That closeness has not diminished over the years.”

The football game reunions are sometimes held on the road — this season the group got together in Nashville when the Falcons played Middle Tennessee State, with Nashville resident and Offenhauer alum George Nelson ’77 and his wife, April ’78, playing host.

“It’s more the camaraderie that keeps us close than anything else,” Nelson said. “When we get together, it takes us back to the college days and makes you feel young again.”

Nelson said one of the things that distinguishes the group is the lack of a traditional common thread, other than the Offenhauer address and a shared spirit.

“I can’t put my finger on it, because we were all in different majors, and different colleges. I guess we just looked for people that enjoyed the same things,” he said. “We’ve seen the best and the worst of each other, and remained close.” 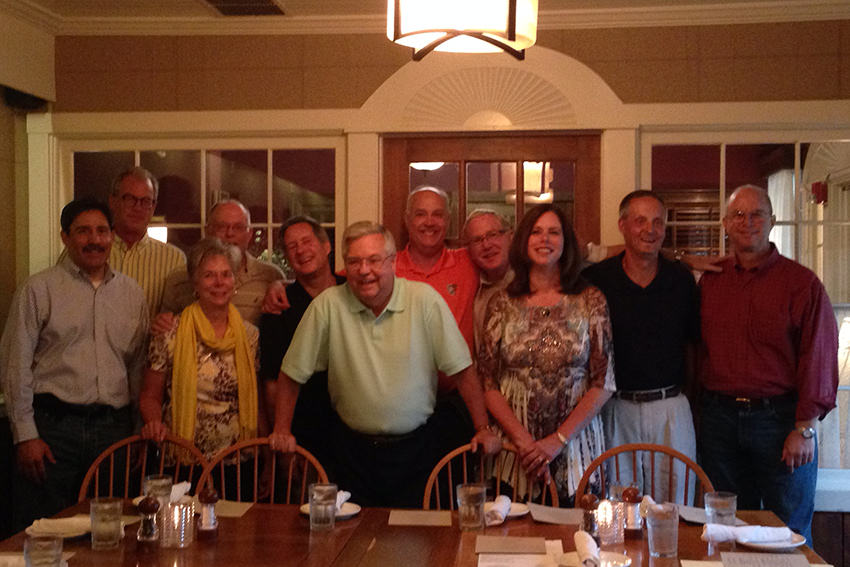 When the group’s reunions are held in conjunction with a home game, they prowl the BGSU campus to see what new buildings have gone up, and look for locations that spark colorful flashbacks.

“In 2011, about a dozen of us came back and went up to the sixth floor in Offenhauer. We had to get permission since it’s a women’s floor now,” Gettum said, “but we looked around the TV lounge where we had set up party stereos and the study room where he had the kegs and our Monday night poker games. We could still place most of the rooms and remember the guys that lived in each one of them.”

The group likes to reminisce about going to the hockey games, playing the University golf course when it was only nine holes, and enduring the “Blizzard of ’78.” They have included ventures into downtown during their BGSU reunions, and found that the more some things change, the more other things stay the same.

“There’s always something new, but Howard’s is still Howard’s,” Gettum said. “The jukebox doesn’t work but the guy’s coming back next week to fix it — I heard that in ’76. It’s like we’re in a time machine. It’s just bubbling up good memories and I think that’s why we have stayed so engaged. It’s not just staying in touch, but it’s staying engaged.”

Di Staulo said the members of the group have leaned on each other and offered support during life’s changes.

“The one constant is that we are always there,” he said. “It’s never been a requirement to show up, but it’s just the thing we do. We’ve never felt like we were that far away from each other. We might not talk for months, but it makes no difference. The level of trust and comfort is always there.” 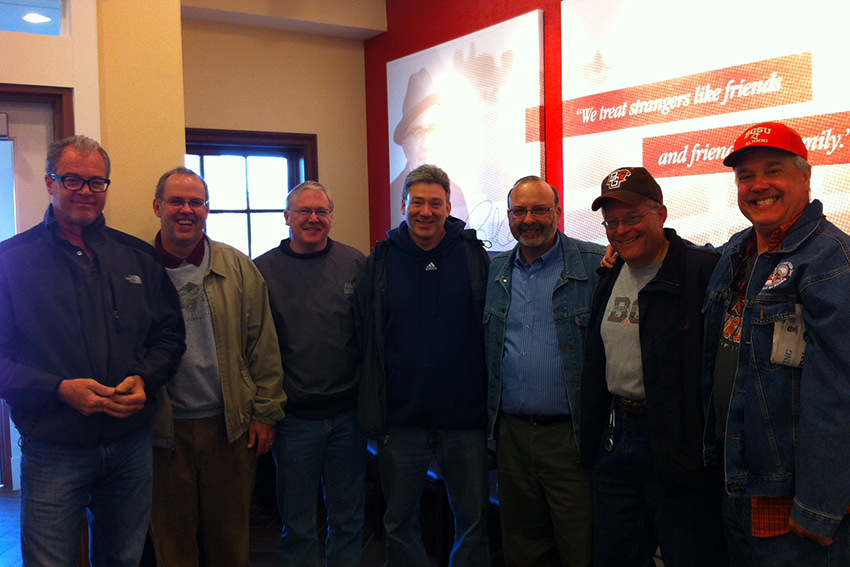 Nelson said that while the members of the Offenhauer group might have their different interests and world views, those have never come before their friendship.

“There’s even very diverse political feelings within the group,” he said, “but we stay away from that and just go back to the days in college when we didn’t care about those things.”

He expects the reunions to continue without interruption, despite the geographical distances, the aging demographic, and the busy careers and lives that the men of Offenhauer keep juggling.

“I guess we had so many good times in college, we didn’t want it to end,” George said.