Michael Swafford '15 passionate about Detroit and its future 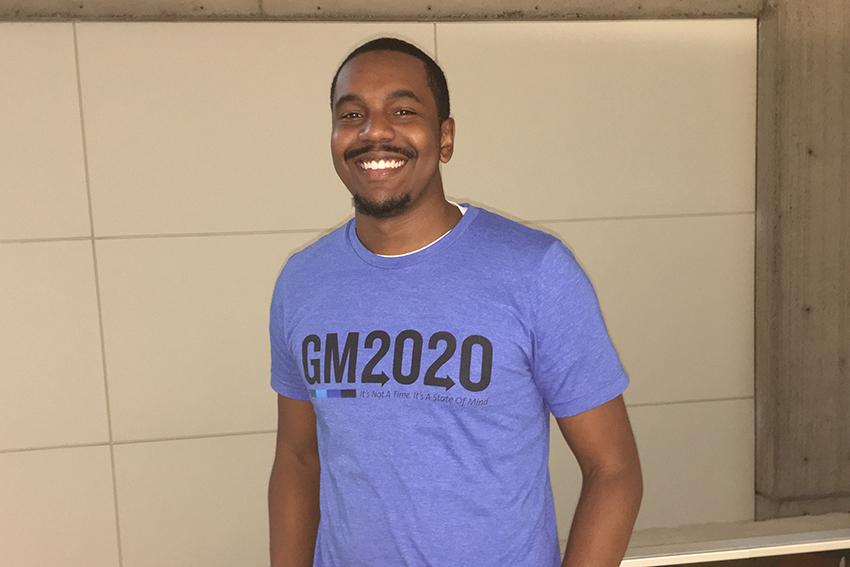 For decades, “brain drain,” the emigration of trained or educated people from an area, has negatively impacted Detroit. But new evidence suggests that the drain is over. Bowling Green State University alumnus Michael Swafford, for one, is excited about his hometown’s future and gives credit to the Detroit residents who never gave up on his city.

“I am very passionate about the current state of Detroit and will do everything I can to make sure that the residents of ‘the city’ are not forgotten and have a fair chance at an appropriate quality of life,” he said.

Originally from the west side of Detroit, Swafford said he is “very passionate about the city of Detroit and its residents. Most importantly, I love the youth. Volunteer and mentoring work is really what drives me to be the best that I can be outside of my family.”

By moving back to Detroit after graduating with a bachelor’s degree in education in 2015 and immersing himself in projects designed to improve the city he loves, Swafford is part of Detroit’s resurgence.

“I didn’t know at first [that I could be a part of this movement]. I just would give back and participate in community events out of love. I would coach a little here, mentor a little there, pass out food, etc.,” he said. “One day a friend told me that I always seem very passionate about these things, which made me step back and really analyze myself. All along I have had a huge passion for the city, the youth and everything Detroit and decided to make it a part of myself and really focus on ways to make the city better.”

Once he saw that enhancing Detroit was his passion, Swafford joined a yearlong, four-day-a-week fellowship through General Motors Co. On Fridays, he would use design thinking to collaborate and solve challenges for various nonprofits, organizations and communities in Detroit. GM offered him a position after his fellowship ended.

“I used the fellowship as an engine to help immerse myself more in the city of Detroit, while giving back,” he said. “Now I am working for General Motors and continuing to give back to the community both on my own and with my company as well.”

Swafford has a hybrid role at the company, which allows him to work as a talent consultant and to institutionalize GM2020 in local GM campuses.

GM2020 is a grassroots initiative that focuses on creating an innovative workplace that challenges norms, values collaboration, embraces change, and empowers employees to reach their full potential, Swafford said. While leaders at the top of the organization set the foundation for organizational change, it is up to GM2020 to empower employees to challenge traditional thinking.

“We drive key mindsets that help employees think differently by delivering a core set of tools for employees to leverage as they take action within their local networks,” he said. “Our GM2020 Lead Program helps sustain transformation by providing workshops and experiences that help to get employees to think and act differently. Some of these tools include Design Thinking Methodologies, a human-centered, problem-solving process, and Sprints, an agile process that uses design thinking to accelerate projects through rapid prototyping and testing.

GM2020 is not only impacting the company, but the community as well, which allows Swafford to serve as a “real” model for Detroit youth.

“I want to show children that choosing a college education is very beneficial and cool as well,” he said. “I want them to know that they don’t have to be a product of their environment and can dream bigger than their surrounding neighborhoods.

“When you don’t grow up seeing men that look like you who took the college route, you tend to be oblivious to the fact that that option even exists. Now, they get to see me, listen to me and learn from me, which is why I consider myself a real model versus a role model, which is someone you just see on TV or read about in a book.”

He credits mentors and male figures for helping him get to where he is today, including professors he still seeks advice from.

“They cared about me deeper than just in a classroom,” Swafford said. “They invested in my future, and I could never take that experience for granted.”

“I instantly said, ‘This is the school for me,’” Swafford said. “BG was big enough that I could have a true college experience, but small enough that I felt I would matter to professors. The deal was sealed when I watched my cousin interact with his professor on a first-name basis and the friendly culture throughout the campus.”

That was in 2012. He is currently creating a platform, “The City,” where the voices of true Detroit residents will be heard through real stories and Detroit-inspired merchandise. As for the future, Swafford wants to be mayor of Detroit.

“I speak for the lifelong residents and the community members in actual Detroit neighborhoods. A lot of times their stories are forgotten. We think that since downtown is coming back, Detroit as a whole is just now having a resurgence,” he said. “In reality, it has been individuals who never gave up on the city and continued to help it grow piece by piece. Unfortunately, their story is overshadowed by the new stadium, the Q-Line, etc., which is why I stand to be a voice for them and show that Detroit never actually died, we just continued to grow and become better.”