Summer Experience: Andrew Watkins is getting to the core of Earth's mysteries 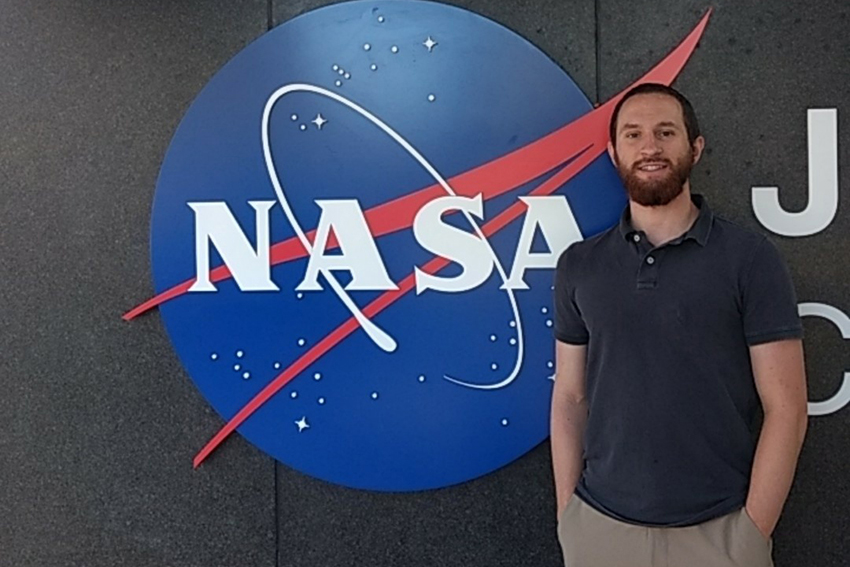 For the past two summers, I’ve researched geophysics at NASA’s Jet Propulsion Laboratory (JPL), which is managed by the California Institute of Technology in Pasadena, California. During this time, I’ve worked as part of a collaborative effort with Dr. Richard Gross, the JPL group supervisor, and Dr. Yuning Fu, my Master of Science thesis advisor at Bowling Green State University.

JPL’s primary focus is the robotic exploration of space. This task, of course, is aided by instruments such as the antennae of NASA’s Deep Space Network that are affected by conditions here on Earth’s surface. These surface conditions also can be studied by spacecraft such as the Gravity Recovery and Climate Experiment, or GRACE. For these reasons, there is a healthy amount of geophysics and Earth science research activity at JPL, including within the Communications, Tracking, and Radar division, where I’ve spent my internships.

My work has been in deep-Earth geophysics. Of course, we can only directly access the surface - crust, atmosphere, and oceans. However, there are processes in the mantle and core that are interesting and useful to understand, because they influence conditions here on the surface. Studying these effects is a valuable tool for understanding the deep-Earth processes that cause them.

Earth orientation data shows that the spin rate of the crust and mantle, or the length of day (LOD), undergoes subtle fluctuations. There is a six-year LOD signal without a known cause. For this reason, we have been investigating the core to see if its motion indicates it has been interacting with the mantle to cause the LOD signal. Geophysicists have established a relationship on a timescale of several decades, using clues from the surface magnetic field to investigate the core’s motion.

Our research is based on a new approach. In theory, the motion of the fluid in the outer part of the core is related to the pressure in that region. The pressure at the edge of the core should disturb the mantle and crust above it. We have tried to find that crustal disturbance in GPS position data and work backward, solving for the pressure and motion of the core, and then for the LOD changes that would result. We can then compare this to the known six-year signal.

The results for the computed LOD changes show they are the same size as the known signal. There are multiple ways of looking at the GPS data for this study and the results are mixed. Some results show some offset between the computed and measured LOD, but if the GPS data is looked at in a different way, there can be remarkable agreement. Although it is not completely consistent, the results that show an agreement are certainly interesting, and it demonstrates an entirely new way in which GPS data can be useful.

In addition to the research, I’ve seen some cool things, including tours of the Goldstone Deep Space Communications Complex in the Mojave Desert, which is home to some of the antennae mentioned earlier, and the Charles Elachi Mission Control Center at JPL. The Lab also frequently has talks, movies and other educational activities for interns. All of this is an experience I will certainly never forget.