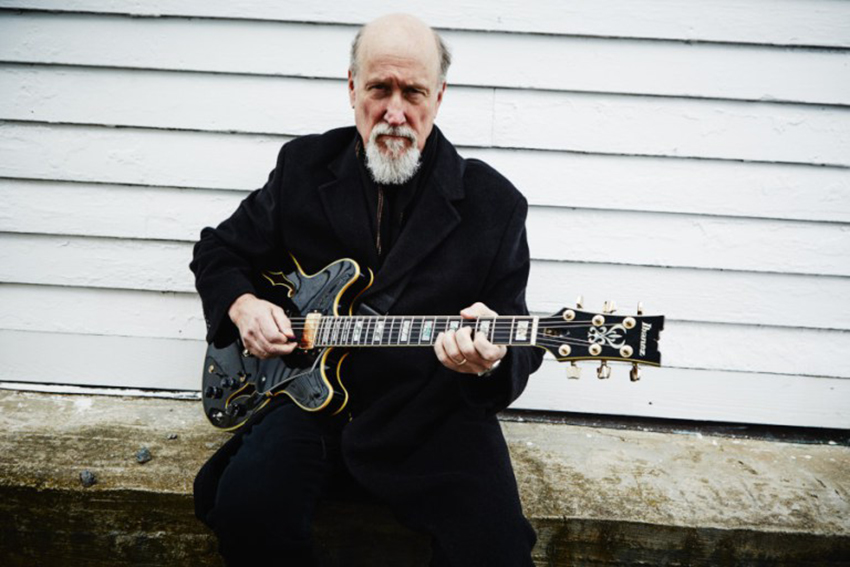 Legendary guitarist John Scofield’s jazz lineage can be traced back to the 1970s to the likes of Miles Davis and Charles Mingus. He’s recorded more than 30 albums and collaborated and played with contemporary stars such as Pat Metheny, Medeski, Martin & Wood, Mavis Staples, Government Mule, Phil Lesh and Herbie Hancock.

Scofield has been touring with the recently formed jazz super group Hudson in support of their self-titled album released in June.

“We all live in the Hudson Valley area of New York and mainly it’s four guys who really wanted to play together,” Scofield said. “Jack DeJohnette, one of the legends of jazz drumming — they’re all legends, all the guys in the band — John Medeski on keyboards, Larry Grenadier on bass, and we played a bunch of tunes kind of associated with Woodstock Music Festival, from the late ’60s. They’re some old rock tunes, but we turned them into jazz tunes. It’s been fun playing with those guys.”

Scofield is looking forward to taking a break from the tour and sharing stories and lessons with students of BGSU’s College of Musical Arts during a master class before performing a free concert at Kobacker Hall with faculty members Ariel Kasler (piano/keyboard), Jeff Halsey (bass) and Dan Piccolo (drums).

“I get to talk about what I do with students,” Scofield said. “That’s pretty much my way of doing these workshops; I share with people my experiences as a professional musician and how to play music because that’s what they’re learning how to do — what we’re all learning how to do. It’s rewarding to them because I’ve had a lot of experience doing it and have been in the jazz world since the ’70s in New York, which is really the hotbed of jazz music.

“It will be fun to come to Bowling Green and have a master class. It’s really an audience-participation type of thing as far as talking about it, and then I’m going to get to play with some of the faculty members. I’m looking forward to that, too.”

He said even though he’s never played with BGSU faculty members before, they’ll be able to jam and have a good time.

“I have a feeling that these guys are good players and that’s why I agreed to do it,” he said. “Hopefully, stylistically, it will work together, the way that they play and the way I play. Jazz music is about a shared language, which is probably hard for people who aren’t musicians to understand, but more or less, depending on the generation or style of jazz, we don’t have to talk about it; we just start playing, you know?

“We can jam together. That’s where the word ‘jam’ came from, from jazz music when you have this common thread and you can all pick up on where the music’s going and improvise together because you have that shared musical language, and that’s what’s going to happen in Bowling Green at the gig with these guys.

Will playing with someone who’s shared the language with Davis and Mingus be too intimidating?

“We’ll see. They might not believe my stories,” he said, laughing. “They might think I’m lying. I have no doubt that these guys play well and we’ll enjoy playing together. Hopefully, my presence will be something that inspires the students to keep going in this music that I’ve devoted my life to and that they are doing as well.

“I teach master classes fairly frequently and I like it a lot. It’s rewarding for me as well and gets me thinking about the music, too. Every day that you experience music with other people and talk about it, it can open you to some new stuff that you wouldn’t get to just on your own.”

Kasler, who is the director of the festival, said playing with an artist like Scofield is one of the perks of being a BGSU faculty member.

“I’m very excited; we’re going to be playing some music I grew up listening to and it’s going to be a real treat to get to play that music with him,” he said. “Scofield has a real connection to the jazz greats’ legacy. I’m sure he has a lot of good stories, and it will be exciting for us to live up to what he’s used to hearing in bands.”

The Orchard Guitar Festival is made possible through the generous support of BGSU alumni Tom ’75 and Martha ’73 Orchard.

“With the festival still growing, it’s a great opportunity to bring some world-class musicians to BGSU and raise the profile of our guitar program,” Kasler said. “It’s great for the students to hear these great artists, but it’s also helps put the University’s music program on the map with the festival.

“One of the things we are able to do, thanks to the donations by Tom and Martha Orchard, is make the festival free to attend. You don’t have many chances to hear artists like John Scofield play for free.”