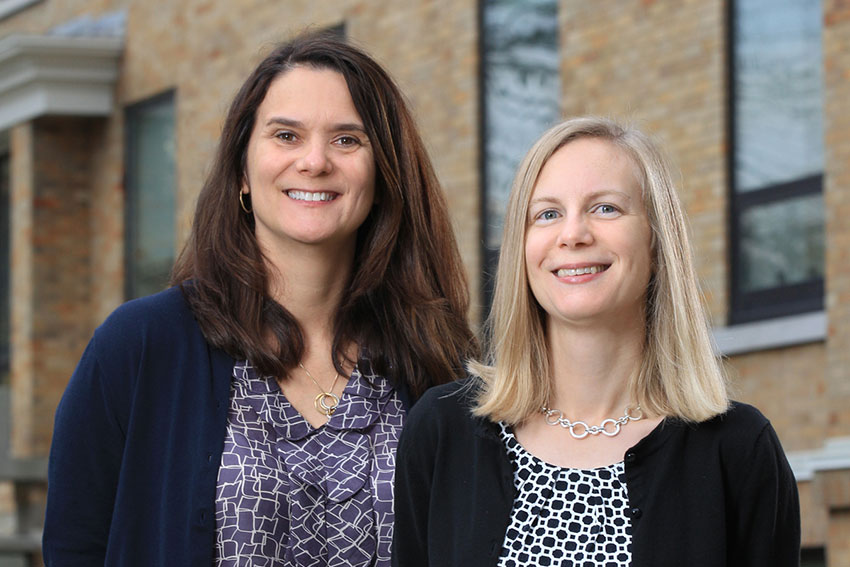 For 10 years, Bowling Green State University has been at the forefront of setting the nation’s agenda for family and marriage research.

Under the umbrella of the National Center for Family and Marriage Research (NCFMR) at BGSU, research into topics such as “gray divorce” and same-sex marriages has helped boost the university’s recognition as a resource for these important societal issues.

In July 2007, the U.S. Department of Health and Human Services requested proposals to create a national center for marriage research. The invitation caught the attention of the University, specifically some of the faculty affiliated with the Center for Family and Demographic Research (CFDR). BGSU’s Dr. Susan Brown, professor of research excellence and chair of the Department of Sociology, and Distinguished Research Professor Dr. Wendy Manning tackled the proposal, receiving assistance from CFDR staff and student and seeking input from across campus to help envision a plan that would make the proposal competitive.

The proposal was submitted in August and on Sept. 25, 2007, BGSU learned it would become the site for the sole federally funded marriage center in the U.S.

“While the CFDR promotes research at BGSU, the NCFMR gave us an opportunity to broaden our scope,” Manning said. “This decision was important because it provided an infusion of resources, gave us the opportunity to be the national center for the whole country on this topic, and to help set the agenda.”

In 2009 the center name was changed to include not only “marriage,” but more broadly, “family” research, expanding further the center’s audience.

“We have hosted many different activities and research conferences that attracted scholars from around the nation, as well as government people and policy people from think tanks,” Brown said. “It was a lot broader audience than we previously were speaking to.”

Sometimes federal program staff helped shape the center’s agendas, offering ideas in which they were interested. One of the early tasks, requested by the Department of Health and Human Services, was to improve consistency across data collections and federal agencies for the measurement of family structures.

She and Manning were excited about the opportunity to shape the national family research agenda.

“We knew from our own experiences what the big issues were in the field and knew what should be addressed to help move the field forward,” Brown said. “We wanted to push forward on some new topics that hadn’t received as much attention as they should.”

In addition to leading the discourse on family and marriage research, the center became known for translating the research into easy-to-understand reports known as Family Profiles. The profiles helped disseminate the findings to researchers, practitioners, policymakers, the media and the general public.

Graduate research assistant Krista K. Payne, who now serves as a social science data analyst, wrote the first profile in 2009 that looked at “Marriage Rate in the U.S., 2008.”

According to center statistics, the “Divorce Rate in the U.S.: Geographic Variation, 2015,” by former graduate research assistant Lydia Anderson, is the most popular profile on the NCFMR website, with more than 11,000 views since it was released in December 2016. And the most talked about topic in the news over the years was “gray divorce,” reported in national media such as Wall Street Journal, New York Times, Washington Post and Forbes.

Another important mission for the center has been to train the next generation of family scholars. With some of the federal funding, the center created a small-grants competition to support scholarly work.

“We asked (marriage researchers), ‘What do you need to move your work forward?’” Manning said.  The usual response was “time or resources.”

“So by providing resources to hire students or to cover work done in the summer, or to acquire some data, we tried to allow people to define what they needed.”

The center also has brought individuals to campus to present their research. Those presentations have crossover benefits by bringing expertise to our campus, and also showing the guests what work is going on at BGSU, Manning said.

These are the opportunities that have helped raise the visibility of the center and the research that is done here, and provided an excellent learning environment for students in the program.

“It’s a high-quality learning experience for our students, which then becomes a great recruiting tool for us for students who want to prepare for their own careers,” Brown said.

The quality of students who have been brought into the NCFMR fold has been a huge boon to the center and the university, Brown said.

“Our students not only get the opportunity to create the family profiles each year, but they also get to talk with reporters, work on papers, present research at national conferences and public in family journals,” she said.

Paul Hemez, a graduate student from New Mexico, appreciates the training he has received.

“I think the creation of Family Profiles is one of the most important things the NCFMR does. These reports can help us to better understand changes in the U.S. population, and the groups who are most affected by these changes.”

As Brown and Manning reflected on the past and looked to the future, they were most proud for helping to establish BGSU as a premier marriage and family research center in the U.S.