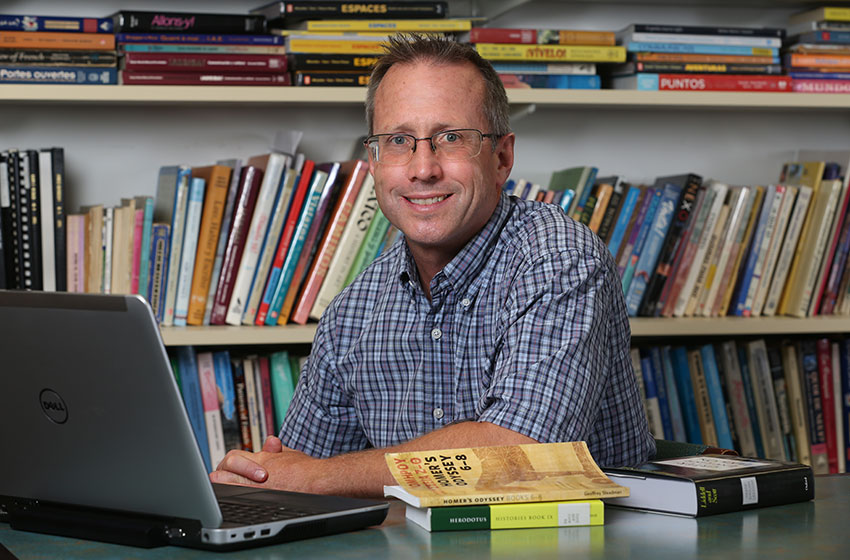 A new department formed by the merging of two units in the College of Arts and Sciences underscores BGSU’s commitment to global literacy. World Languages and Cultures combines the former departments of German, Russian and East Asian Languages (GREAL) and Romance and Classical Studies (ROCS). Dr. Philip Peek, associate professor of classics, has been appointed chair of the new unit.

“The majority of the world is bilingual,” Peek said. “Research has long shown a connection between being bilingual and higher intellectual and cognitive abilities, the ability to think in creative ways and to adjust to change. Understanding world cultures and being conversant in another language are fundamental skills for today's global citizens.”

Additionally, a new Master of Arts in European Studies is now available, and a new major – World Languages and Cultures – is in development.

“Students of World Languages and Cultures receive excellent preparation to engage with people from different cultures, conduct original research and pursue international careers,” said Dr. Raymond Craig, dean of the College of Arts and Sciences. “This puts them on the path to leading meaningful and productive lives.”