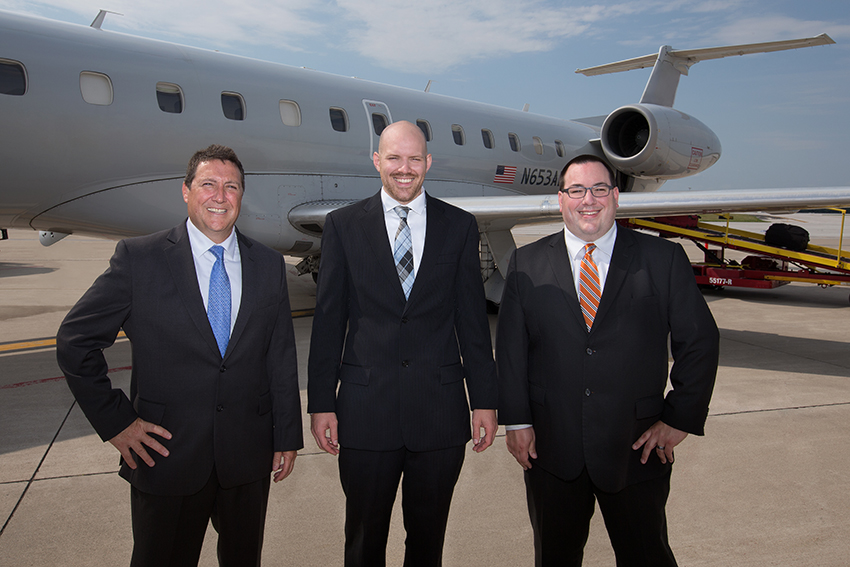 In today’s quickly changing, highly competitive world of air travel, communities and even major airports must vie to get and keep passenger routes. A new Bowling Green State University study aims to provide information and guidance to help them be successful. The project will focus on developing research into the use of incentives by airports and communities to attract and retain air service.

They are partnering with GRA, Inc., a leading aviation consulting firm from Philadelphia, and Atlanta Analytics, a consulting firm with airline route-planning experience, on the project.

“We want to level the playing field by providing them with information through a new guidebook,” Mills said. “I would have assumed every community out there knew all about incentives, but many of them don’t. And it’s not really that easy to find the information. Often, communities and airlines that have successfully attracted air service don’t want to share what they’re doing because it’s so competitive.

“Everybody’s in the same boat.”

The BGSU team is beginning its study by researching 350 airports to identify what incentives they offer to air carriers. Mills, Rex and CRD graduate assistant Kaitlyn Trent, a recent graduate of the Master of Public Administration program, are conducting extensive “detective” work to find information, sifting through news releases, board minutes and public records requests for clues.

They will combine their findings into a GIS database so users can click on every airport in the United States and see what incentives they’ve offered. The team will also identify eight to 10 representative, large and small airports for more intensive research, and visit them this fall and winter to create case studies on each for more in-depth research.

Rex will contribute his expertise in focus groups to help build these informative case studies.

The study is a much larger effort than a previous project carried out by Mills and Burns in which they primarily studied community-based incentives at small airports. The current study will also focus on larger airports looking to attract service to international destinations.

The world of aviation has changed drastically in recent years. With the ongoing consolidation of airlines and the increased emphasis on efficiency and profit, there are many fewer planes available, and fewer flights to any destination, said Mills, who before joining the University was a policy analyst with the Federal Aviation Administration (FAA).

“With their new operational efficiencies, they don’t need as many routes. They combine routes, get rid of airplanes and reduce frequencies,” he said.

Even having enough crew members has become a problem, despite the reduced number of flights.

“There’s a massive shortage of pilots,” Mills said. The FAA recently significantly raised the number of flying hours required for licensure, and with the cost of education and relatively low salary of pilots, interest in the profession (or ability to pursue it) has dropped, he said.

Compounding the problem for small communities is the fact that the airlines’ aging fleet of the smaller 30-50 seat airplanes that serve them is not fuel-efficient or profitable and is not being replaced, leaving many towns without any air service at all. This has a harmful effect on local economies, in part because it deters businesses from locating in areas without a regional airport.

“A lot of communities can fill a 50-seat jet, but far fewer can fill a 100-seat plane,” said Mills, who recently served on the U.S. Department of Transportation’s Working Group on Improving Small Community Air Service. The group has recently issued its report.

A new development is that in the current environment, even the larger airports must compete for international routes. In addition to there being fewer airlines today, now a new type of highly fuel-efficient aircraft that can fly long distances, such as the Boeing 787, has come onto the scene. They make low-cost international flights possible for smaller communities with less daily demand.

The BGSU project will educate communities about what kind of incentives exist and what seems to be most successful.

There are two types of incentives that may be used to entice airlines to offer air service or particular flights: community-based or airport-based. Airport-based incentives are regulated by the FAA.

Communities, on the other hand, have more leeway in what they can offer. They can pool resources to provide a minimum revenue guarantee, in which a promised number of reservations is determined and if that number is not met, the community will pay the difference to the airline, mitigating its financial risk. There is also a federal program that provides some funds to assist small communities to recruit and keep air service.

Large companies in a community may also contribute to incentives to get or keep air service, to allow executives and visitors easy access.

“Air service is not inconsequential to these big companies,” Mills said. “It’s not uncommon for one or two big companies to help give financial incentives to airlines. These flights are gold to them.”

When deciding whether to add a new route, airports often survey the ZIP codes of passengers to see where they come from and where they’re going to determine demand. It’s completely up to the airlines to set the airfares. The airlines determine in advance what people in a region are willing to pay for the convenience of flying from a local airport.

A local example is the new American Airlines flight to Charlotte, North Carolina, from Toledo Express Airport. Charlotte is a hub for American and thus can connect passengers to a number of other cities.

Burns and Mills are doing a study of the economic impact on Toledo of the new Charlotte flight, which will begin in August and was supported by over $1 million in revenue guarantees from the federal government and the Port Authority of Lucas County.