Breth honors BGSU for shaping his interest in music 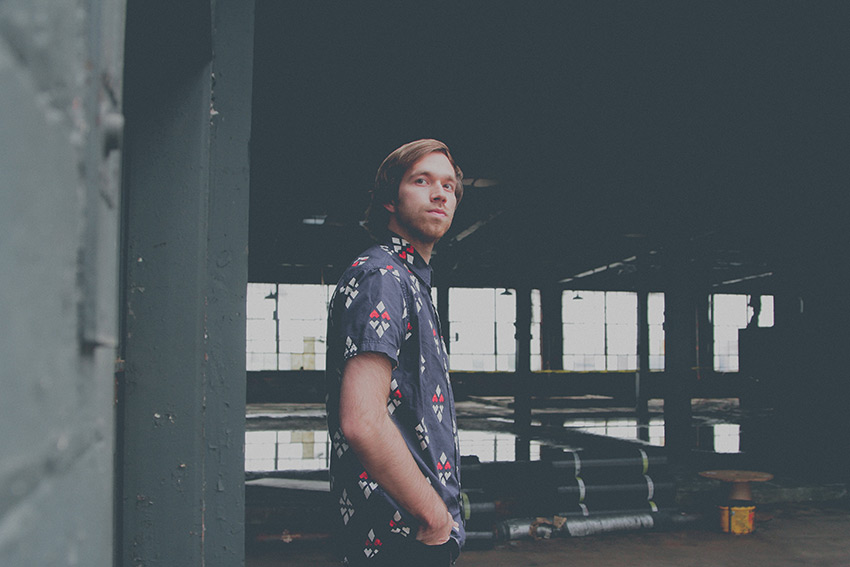 Cory Breth has been singing for as long as he can remember. From elementary school programs to middle and high school choir to karaoke nights. But it wasn’t until he got to Bowling Green State University that he found his true passion for singing.

“I got to Bowling Green and everyone in the residence halls kept asking me to play in the floor lounges,” the Chillicothe, Ohio, native said. “I started organizing my own shows in the big lounges and we would fill them with people. I truly think this is when something ignited in me.

“The response from the people at BGSU really helped start my music career. They motivated me to want to share my music. I’m very thankful for that. My interest has evolved from singing to people in these settings to really wanting to pursue it as a career.”

Breth said that this switch, from wanting to sing to wanting to become a singer-songwriter, inspired him to play more and write new songs.

“I loved the idea of gathering people to share in the joy of music,” he said.

One of his original songs, “Our Dear Bowling Green,” was another way to connect people, this time by singing “a bunch of little lines that only BG people would understand.”

The singer-songwriter said that because his music is so serious all the time, he wanted to break it up with something silly and catchy.

“I really wanted a fun song about Bowling Green,” he said. “Honestly, I wrote the song in about 10 minutes at 3 a.m. after New Year’s Eve, completely sober. I couldn’t sleep and I was just thinking about Bowling Green and all the memories I had there. So, I wrote a bunch of little lines that only BG people would understand. I thought it was catchy, so I woke up, recorded it and put it on YouTube. It had a huge response online instantly, and it’s probably the song I’ve worked the least on. It’s funny how it works that way.”

The song came easily to Breth because his time at BGSU was “amazing.” He was involved with Active Christians Today, the worship band and several intramural sports. He also played for talent shows, Apollo Night “Third Thursdays” in the Union, Dance Marathon, CRU and “Tunes at Noon,” where he played in almost every residence hall cafeteria on campus. He also got to play on a TV show on WBGU and on radio shows on WBGU-FM.

Breth chose BGSU because his older brother, Zach ’06, was an alumnus.

“I really look up to him, so I followed in his footsteps,” said Breth, who graduated in spring 2012 with a bachelor’s degree in education and is now a teacher. “When I visited him, I loved the people, campus and general feel of the University.

“I recommend BGSU to my current students. Not only did I receive an excellent education, I felt a part of a community. I met lifelong friends, felt supported by staff and students, and loved every minute of my experience there. I love everything about Bowling Green, even the weather.”

Breth’s performances graduated from residence halls and campus events to downtown Bowling Green bars and coffee shops in surrounding communities. In 2011, he recorded his first EP with Cory Hall, guitar tech with country star Chris Young.  Two years later he released his debut album, “Driving Blind,” and in 2016, he released his sophomore album, “Conditions of the Heart.”

His studio work has been dotted with appearances with some hot names in music. Breth played a show with Twenty One Pilots at Howard’s, opened for Mumford & Sons and Luke James Shaffer and played the same festival as "American Idol" winner Kris Allen.

“I think for me it’s been experience, persistence and lots and lots of networking,” Breth said about getting these opportunities. “I am constantly contacting managers, bands, television shows, etc., to try to land an opportunity. Every once in a while, one of those contacts is gracious enough to say yes to me.”

Shortly after releasing his last album, while shooting a music video for one of the songs, he met representatives from Empire Records and signed with the label. Breth spent a year with the label, and is now focusing on touring.

“My big goal right now is to do a national tour either with friends or opening for someone else,” he said. “A lot of other local musicians helped me get to this point. I’ve had a ton of support from numerous BG talents.”

Breth teaches upper-level Spanish at Tippecanoe High School in Tipp City, Ohio. He is also a full-time worship leader with his wife, Mary, at a church in Piqua, Ohio.

He is thankful for BGSU’s role in helping him get to this place in his life.

“I think my performance experience at BGSU helped me tremendously with my music," he said. "As for my degree field, my education experience was outstanding. I feel BGSU truly prepared me to be the best teacher I can be. My professors were thorough, challenging and engaging. I truly learned to be a student-centered teacher,” he said. “My entire four-year experience at BGSU was excellent all the way around. I am forever grateful for that.

“I wouldn’t be where I am without everyone at BGSU.”