In 2015, a U.S. Supreme Court landmark decision ensured that everywhere in the nation, same-sex couples had the legal right to marry.  Thanks to revised household roster data, analyses of newly married same-sex and different-sex couples are possible for the first time with the 2019 American Community Survey (ACS).  We examine differentials in key geographic and economic indicators (mobility, geographic residence, homeownership, and household income) for newly married couples. A focus on newlywed couples, rather than all married couples, provides insights into their circumstances at the time of marriage. Other recent Profiles on newlyweds include Recent Marriages to Same-sex and Different-sex Couples (FP-19-21) and Median Age at First Marriage for Same-sex and Different-sex Couples, 2019 (FP-21-11). This profile uses data from the ACS 1-year PUMS files from 2019 to examine individuals who married in the last year disaggregated by the sex/gender composition of the marriage entered into. Analyses are limited to currently married householders and spouses of householders who married in the last year, and we show 95% confidence intervals in some figures. Note that the sequencing cannot be determined for marriage, moves, residence, and homeownership within the last year. 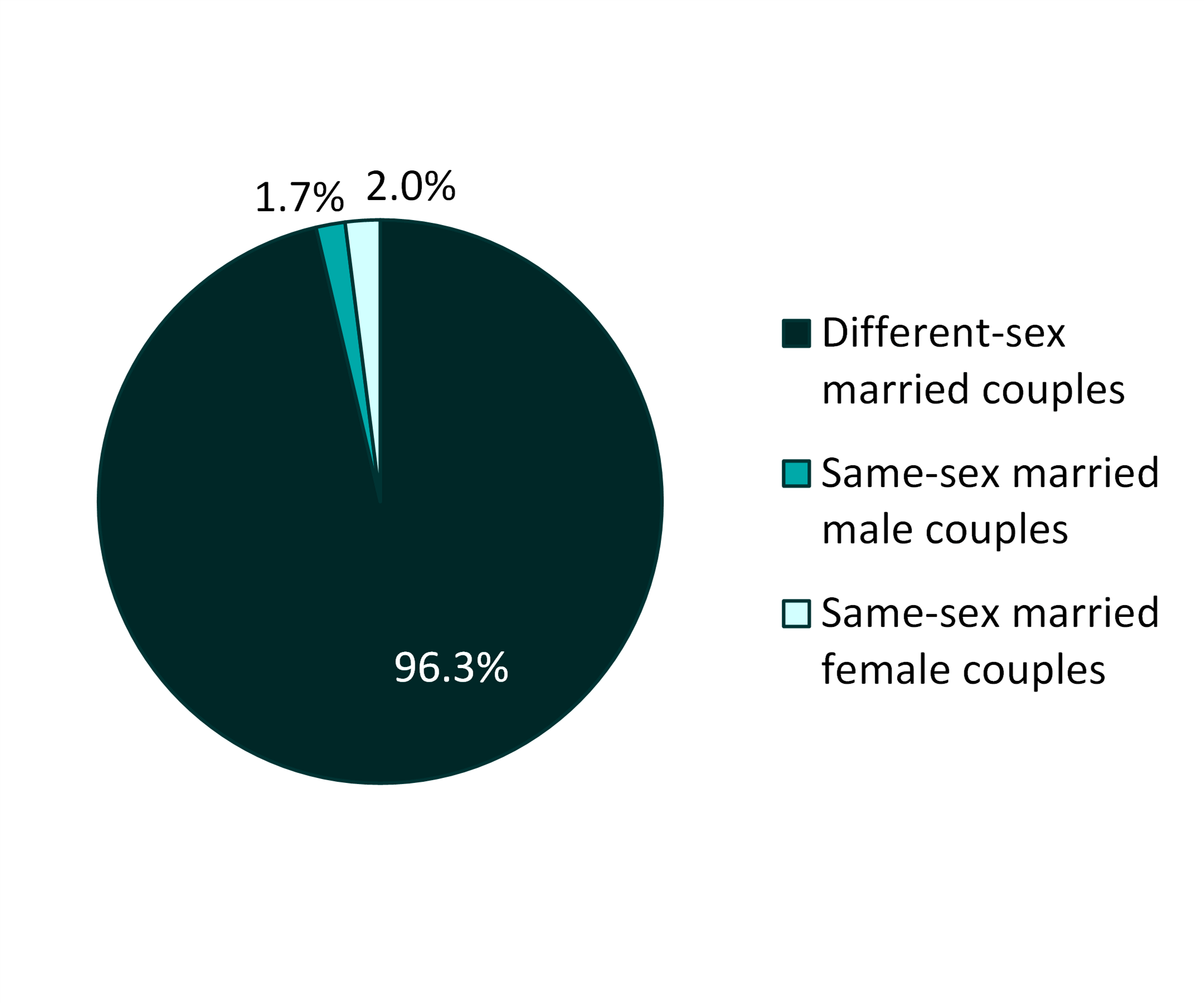 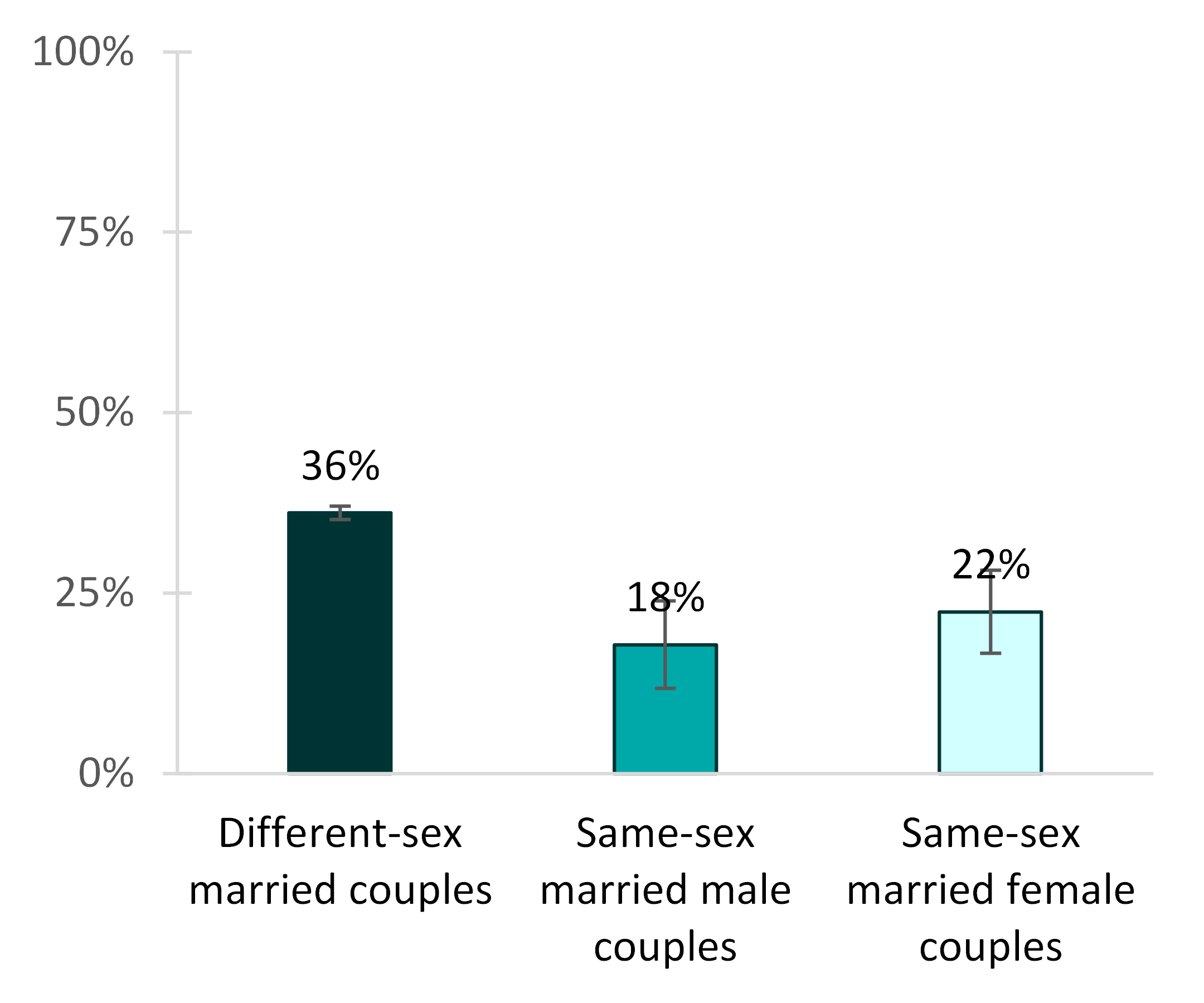 Note: We cannot distinguish the timing of the move and marriage so some moves may have occurred prior to marriage and others after marriage. We report the share who reported they married and moved in the last year. 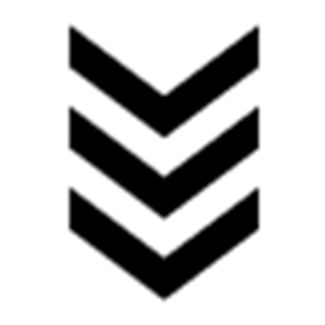 Where are they living now? Region of Current Residence and Recently Married Couples 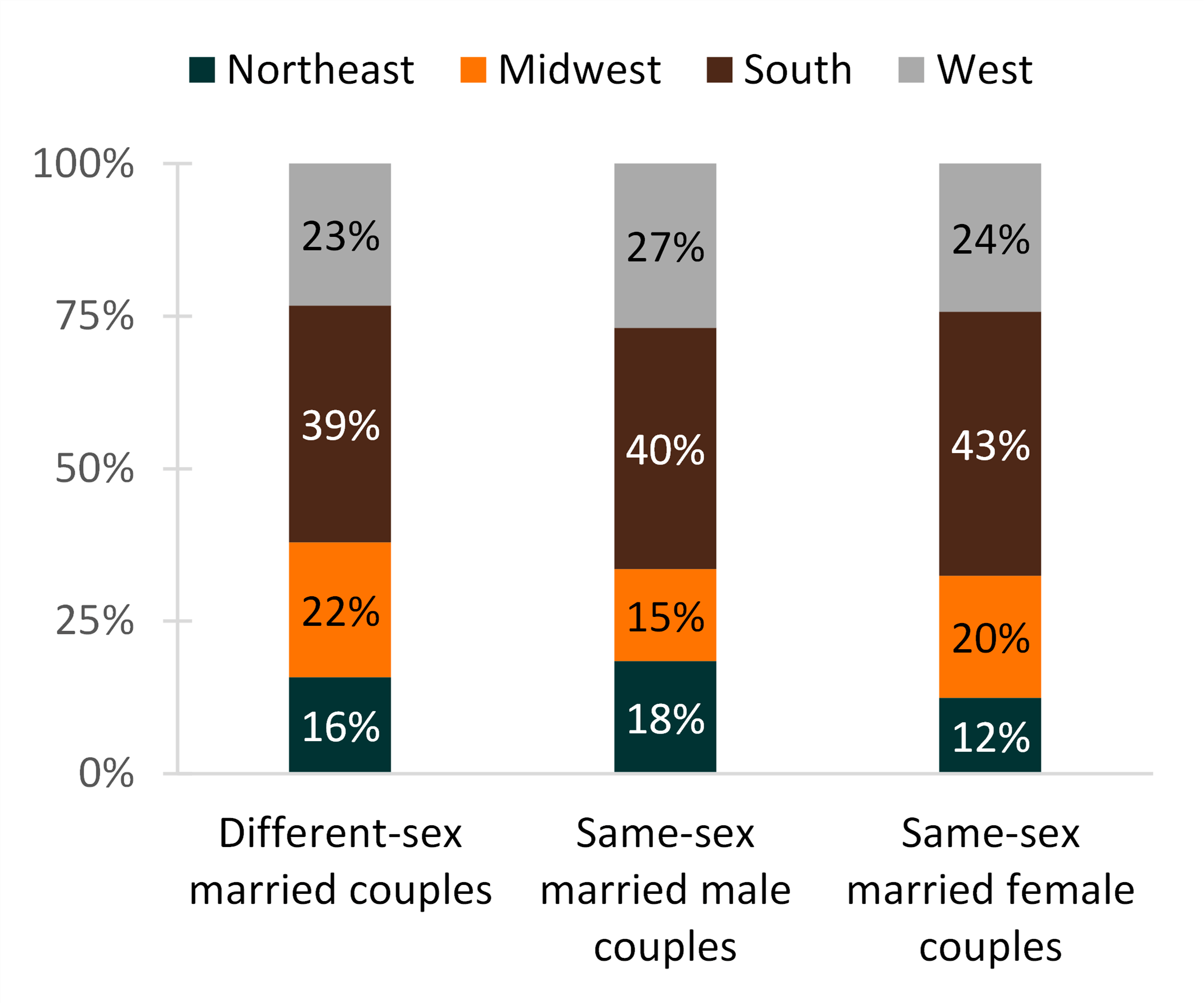 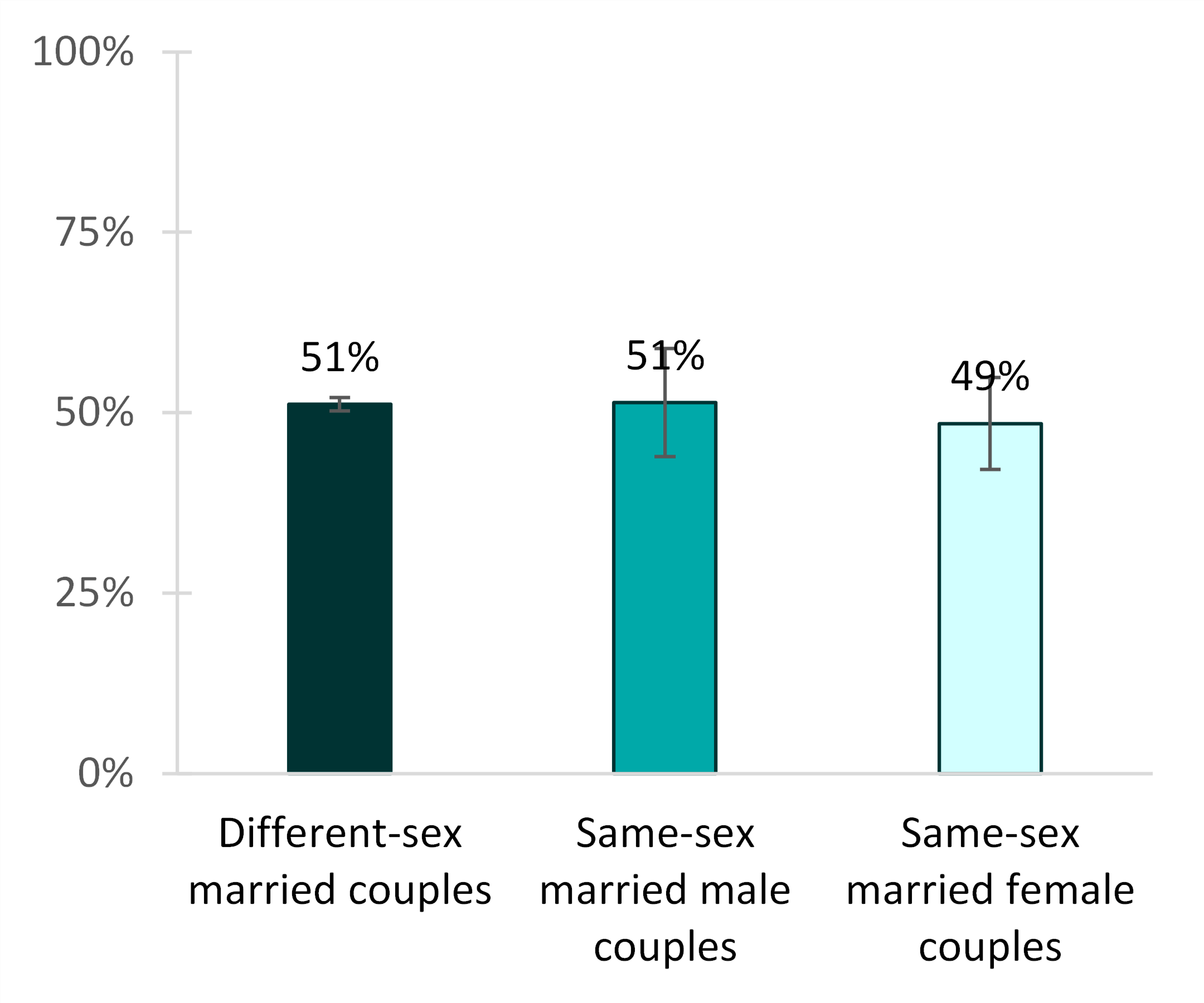 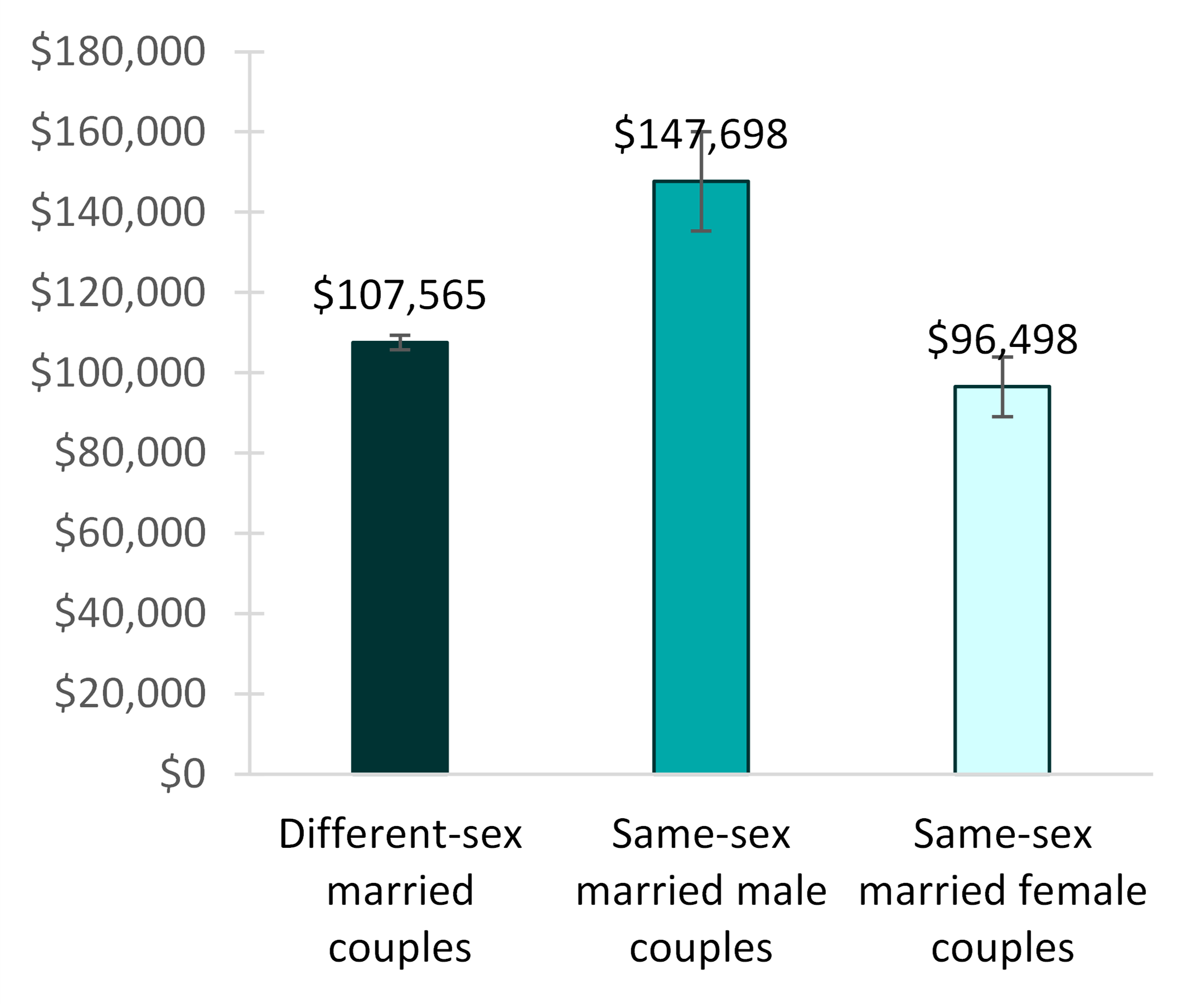