The delay in parenthood over the past few decades has led to a small but steady increase in childbearing to women over age 40, with childlessness among those 40-44 declining since 2006 (Pew Research Center, 2018). The shifting age profile of first-time childbearing suggests that women at the end of their childbearing years may still be considering having children in the future. This profile documents trends in desired and intended childbearing among women 40-44 as well as attitudes about childlessness, drawing from several cycles of the National Survey of Family Growth (NSFG) representing the years 2002, 2008, and 2013.

Desires to Have a Child in the Future

Figure 1. Desires to Have Children Among Women 40-44, by Childlessness 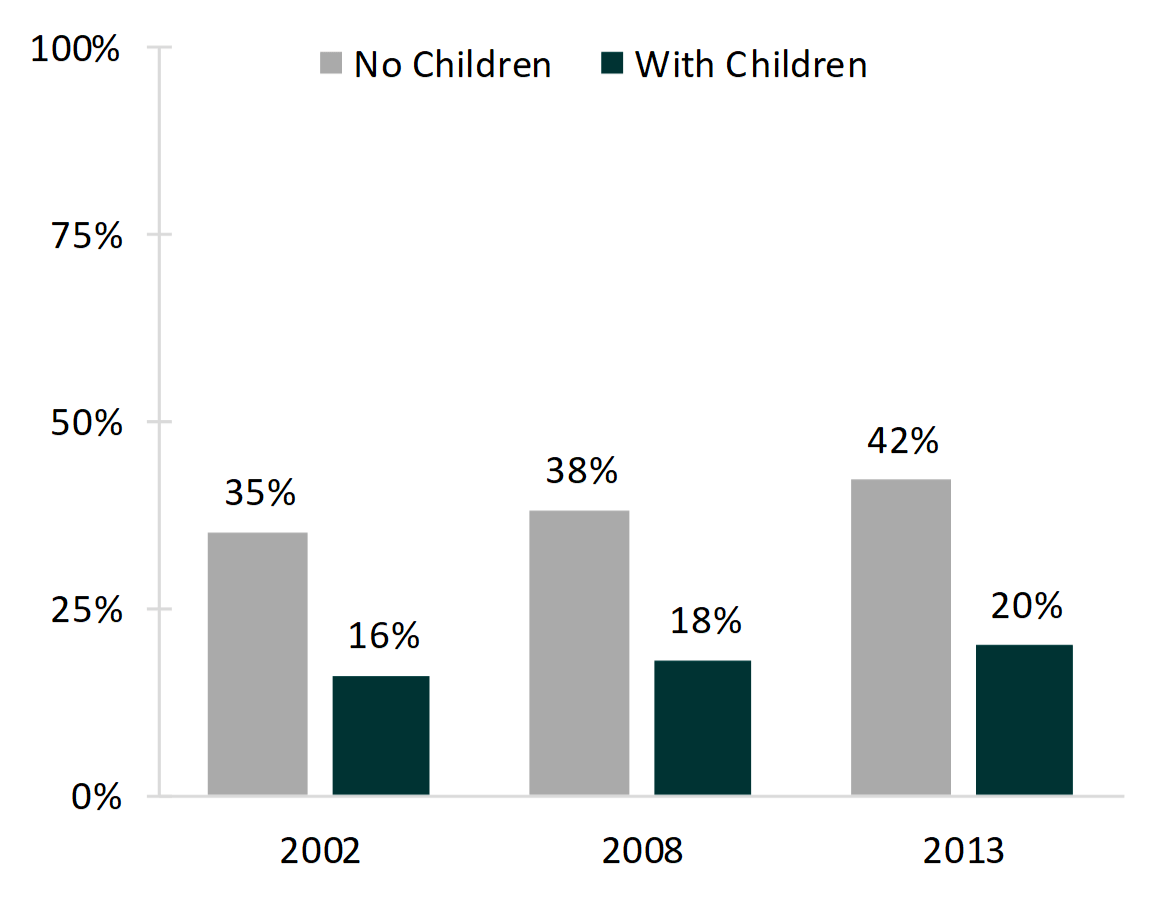 Intentions to Have a Child in the Future

Wanting to have a child does not necessarily mean a woman actually intends or expects to do so. This section examines the proportion of women who responded affirmatively to the question “Looking to the future, do you intend to have a(another) baby at some time?” Again, mothers aged 40-44 are compared to childless women 40-44.

Figure 2. Intentions to Have Children Among Women 40-44, by Childlessness 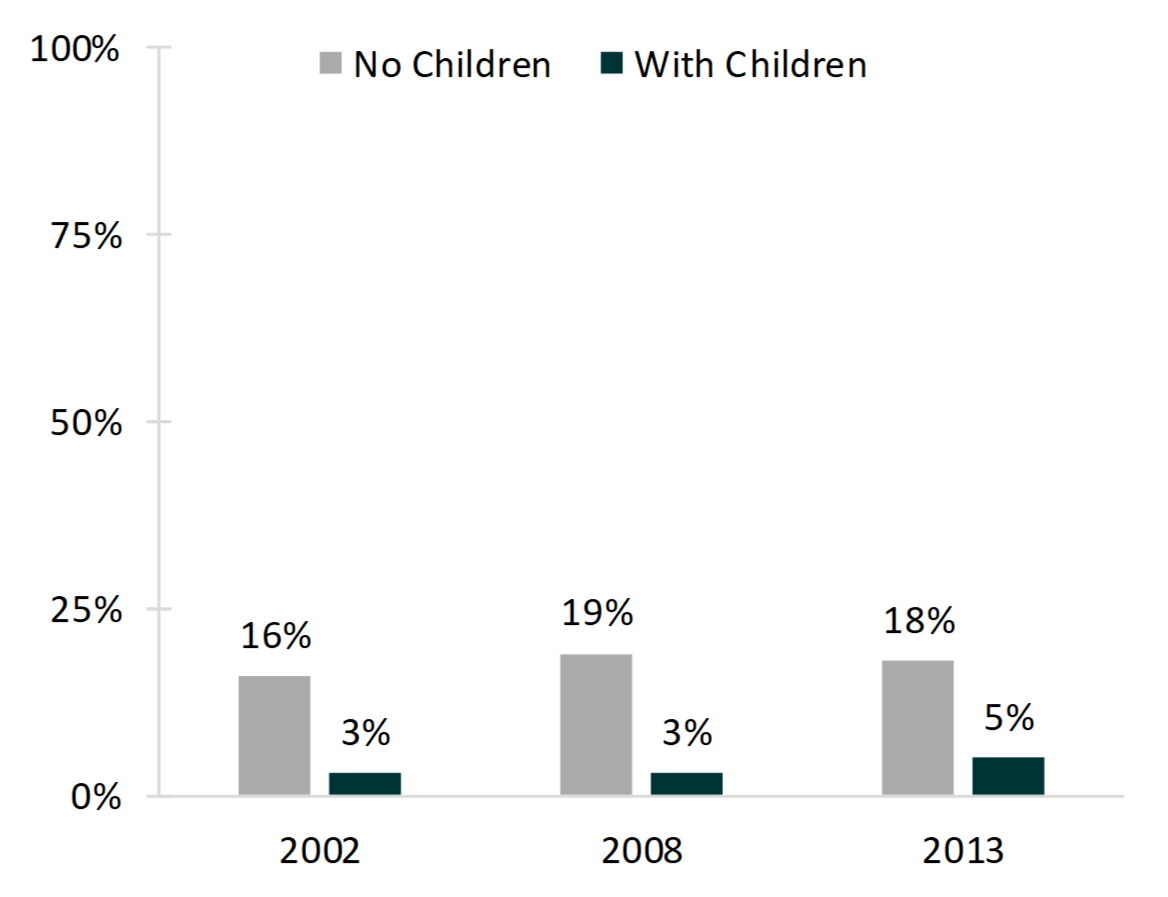 Feelings About Not Having Children Among Childless Women

Finally, this section examines trends from 2002 to 2013 in how childless women would feel about not having children based on responses to the question “If it turns out that you do not have any children, would that bother you a great deal, some, a little, or not at all?”

Figure 3. How Bothered One Would Be If Never Had Children Among Childless Women 40-44 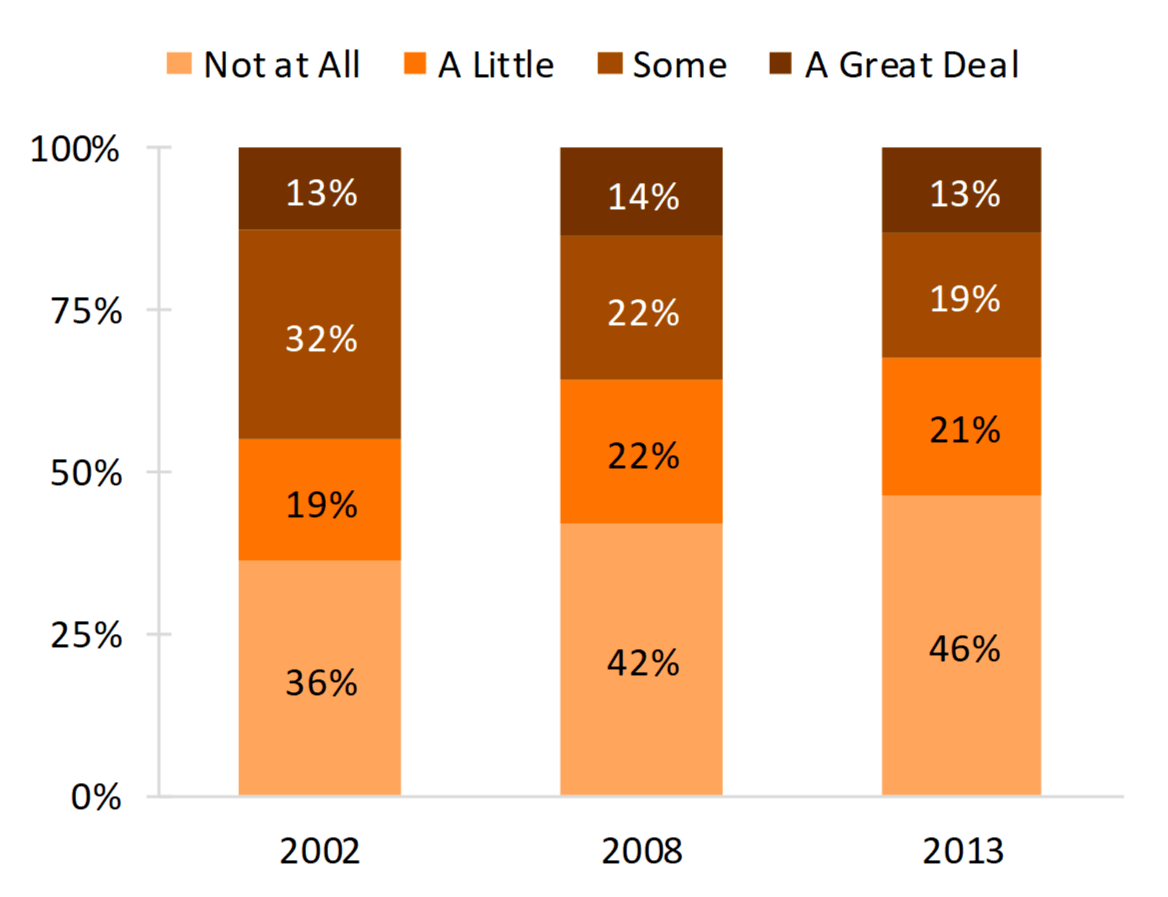