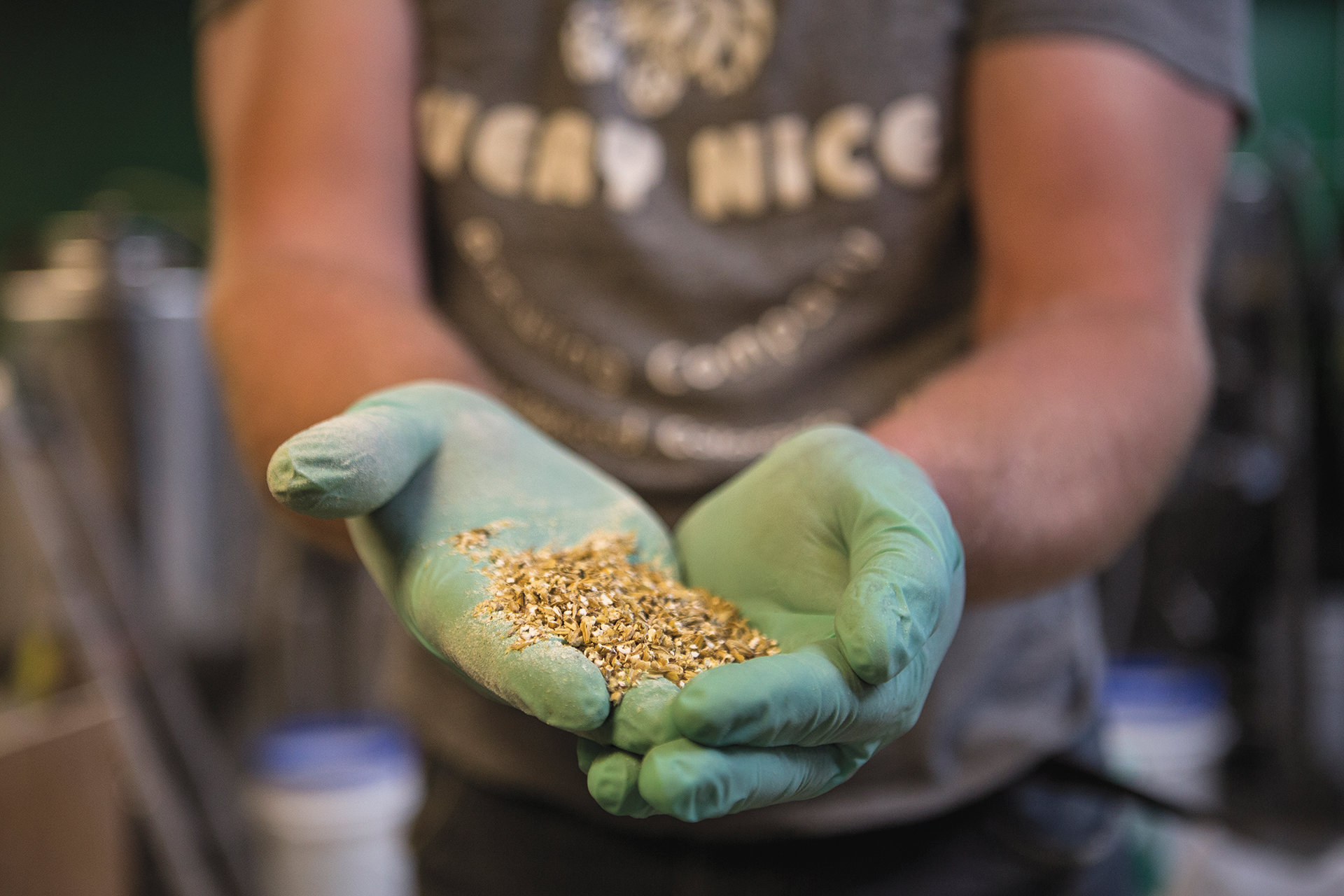 Jeff Green ’97 had the time of his life at Bowling Green State University, both on and off campus — he summed it up as ‘a very nice’ time. He majored in environmental science and tended bar at Junction Bar & Grill for the duration of his time at the University.

Both played significant roles in Green becoming the proprietor and brewer for the Very Nice Brewing Co. in Nederland, Colorado, about an hour’s drive from Denver. While working at Junction Bar & Grill, he always thought a good name for a beer would be “Very Nice Beer.” Combine that with his expertise as an environmental scientist, mostly working with water quality, and it was only a matter of time before his two passions came to a head — in this case, a foamy head.

Green, who grew up in Kettering, Ohio, outside of Dayton, started getting into craft beer once he moved to Colorado, a state at the forefront of the industry, in 1999.

“I had had craft beer prior to moving to Colorado — Red Hook and some of the bigger craft brewing companies like Fat Tire from New Belgium Brewing Co. — but not until I got to Colorado did I begin to see the diversity in craft beer,” he said. “I would say the No. 1 beer that turned me on to it all was from a brewpub called Mountain Sun in Boulder.”

Green started hanging out with a brewer who owned Wolf Tongue Brewery in Nederland who taught him how to brew his first batch of beer.

“Then, I learned through many years of homebrewing, and basically one of the things that made having my own brewery possible was the craft brewers in this state are so genuine and willing to answer questions and let you come in and watch them brew and even brew with them,” he said. “I brewed with one guy for several months and toward the end I literally was doing as much work as an assistant brewer would.”

Before Green became a brewer, he worked as a quality engineer and field engineer with pharmaceutical companies and then an instrument company that measured water quality.

“An environmental science degree is heavily based on water chemistry, so with my degree from BGSU I had to take a lot of biology and organic chemistry and chemistry in general,” he said. “The study of water and its attributes all has to do with brewing beer, and, obviously, the No. 1 ingredient in beer is water, so knowing a lot about water still to this day comes in very handy.” 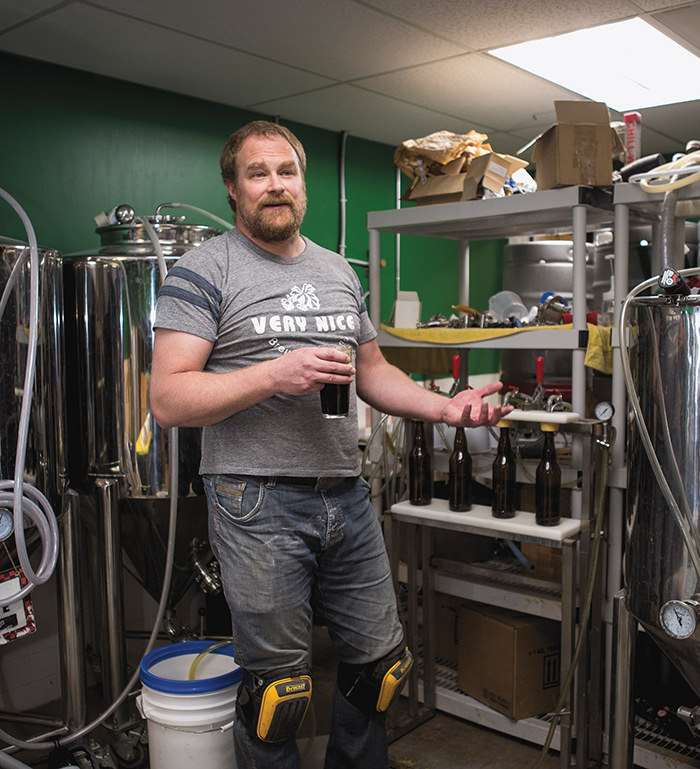 Green opened the Very Nice Brewing Co. in 2012, and he feels fortunate to have opened at that time, rather than trying to start out now.

“It was a good time because I was never really passionate about water quality for the production of intravenous drugs, but I was passionate about beer,” he said. “Plus, I wasn’t getting any younger and didn’t want to be 50 years old throwing around these huge kegs of beer. Because when you start out, you pretty much do everything yourself. It wasn’t a situation where I was going to be able to hire a bunch of people to do those things. Even though I wasn’t miserable at my previous jobs, all the factors indicated it was a good time to try this.”

Plus, the craft beer climate in Colorado was a little more forgiving at the time.

“One of the things I’m thankful for in 2012 is there was still a lot of grace that beer drinkers in Colorado were willing to give you, knowing that you were just starting out and still had to refine yourself as a brewer,” Green said. “The thing that’s grown since then is my ability to brew. You do something a thousand-plus times and you end up getting really good at it — anyone would. I’ll be the first to admit that where our beer is now certainly isn’t what it was at the beginning, but I’ll put my beer up against any beer now.

“I’m not sure a grace period exists anymore. There are so many craft breweries out there right now that you really have to come out with your ‘A’ game. What was great about back then was people were willing to grow with you and give you constructive criticism. I’m so thankful for taking the step when I did because wanting to do everything yourself now, you’re going to have a tough time of it. Most breweries opening these days usually have a proven brewer in the brew house as opposed to a very passionate guy who was into homebrewing but didn’t have a lot of commercial experience.”

Very Nice’s most popular beer is its flagship Indian Pale Ale, the Royal We IPA, which is a shout out to one of Green’s favorite movies, “The Big Lebowski.”

“In the movie, Lebowski refers to the ‘royal we’ as all of us, and that’s how I feel about that IPA, that it’s suitable for a wide range of IPA drinkers,” he said. “That’s by far our No. 1 seller and what I brew the most.”

Green’s favorite beer to create, however, isn’t an IPA, but a style that benefits from Very Nice’s location in the Rocky Mountains and in Nederland.

“My favorite beers are always weird beers,” he said. “Being up in the mountains, we have an herbalist who we work with and that has accounted for some really strange beers with all sorts of herbs — everything from yarrow, lemon balm and fresh-picked rose hips to wormwood, which is the main ingredient in absinthe. Those are my favorite beers because they are so interesting and they really push the limits of people’s palates and what they’re used to tasting.”

Nederland “is a very strange town,” but Green can’t imagine living anywhere else.

“We have the Frozen Dead Guy Days, which is our No. 1 festival here,” he said. “Nederland is known for having the vibe of a town of free-thinkers. So in that category of free-thinkers you have all sorts of people, not only hippies, but a lot of artistic minds. At any time in our taproom, we’ll have two or three artists’ work displayed — everything from photographers to painters to people who work with patterns. It’s also a very independent town and a great town to live in. It’s filled with eclectic people and mostly a bunch of peace-loving people who congregate together here and have a really good time.”

The town vibe has encouraged Green to find the artist within himself, something he believes he has done as a brewer.

“I think a lot of brewers consider the most fun part of what they do is creating the beers themselves, the recipes,” he said. “I would definitely say that’s where I get to be artistic. I can’t really paint, I can’t write poems, sing or play instruments, so brewing is where I get to access that part of my brain that gets to be creative.”

“I would definitely say that’s where I get to be artistic. I can’t really paint, I can’t write poems, sing or play instruments, so brewing is where I get to access that part of my brain that gets to be creative." 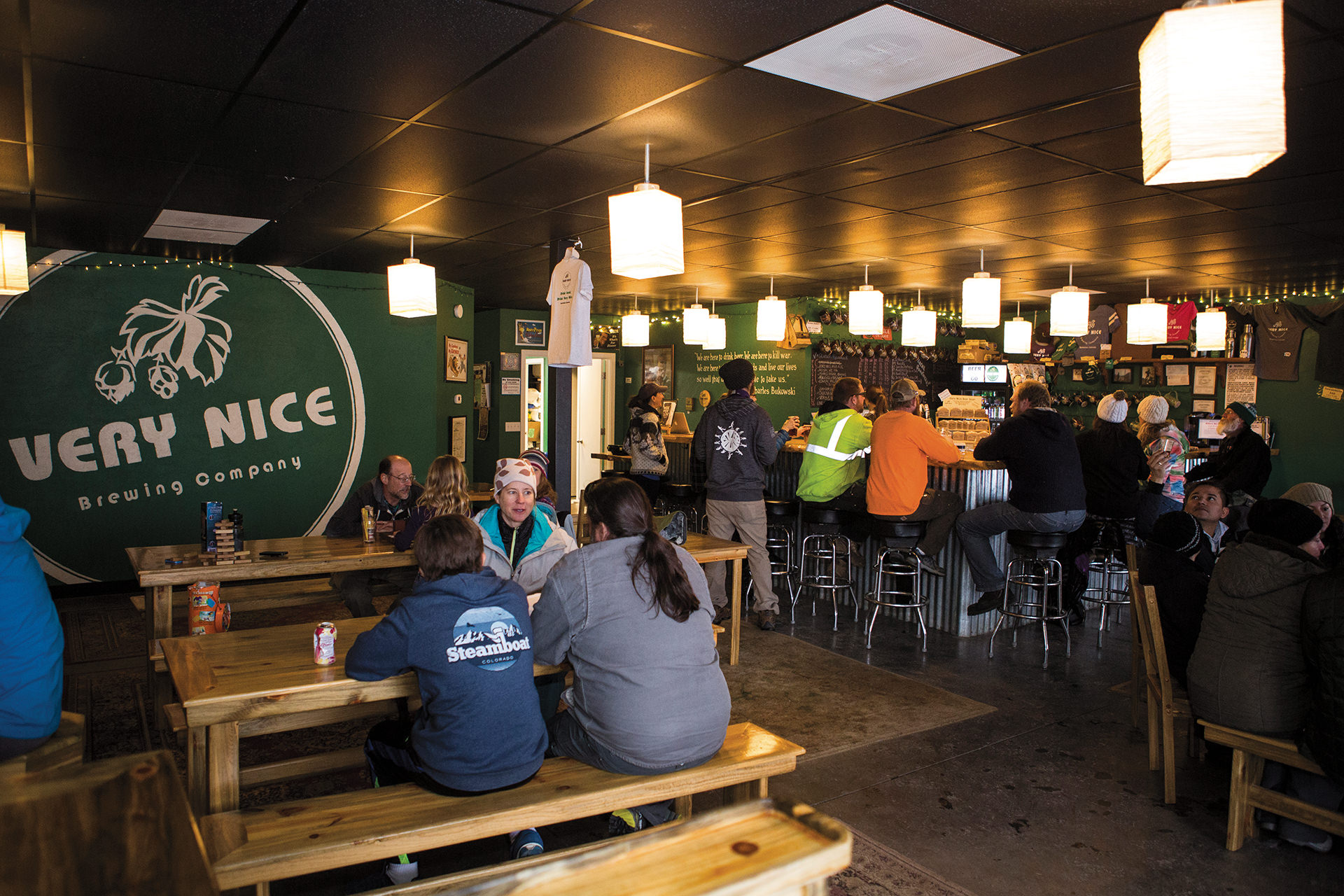