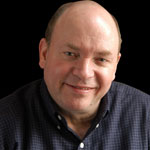 Following graduation from Bowling Green State University in 1975 (B.S., Journalism), Steve Hanson began his career as a photojournalist. While working for a regional newspaper, he took on additional freelance work that was published by UPI, AP, Time, Newsweek, and Sports Illustrated. Hanson further honed his communication skills as Assistant Director of Public Relations for BGSU as the university photographer.

From public relations, Hanson segued into advertising and sales promotion as a producer for film, video & multimedia presentations at a Toledo advertising agency before becoming one of the founding partners at Packo, Mitchell, Hanson, & Comer, a leading regional sales promotions agency. In 1981 he founded Hanson Productions Inc, specializing in film and video production. In 1996 he renamed the company Hanson Inc, evolving it into a digital agency which continues to thrive on understanding, innovating, and delivering on the promise of strategic interactive communications. In 2009 he led a group that secured the film rights to The Prophet by Kahlil Gibran, one of the bestselling books of the 20th century.

While Hanson has grown Hanson Inc. from a local production company into a global digital agency, he continues to actively support the local community. He sits on the board of directors of several local businesses and contributes resources and professional services to Assistance Dogs of America, Kids Unlimited, The Arts Council of Greater Toledo, The Toledo Symphony, and Taste of the Nation.