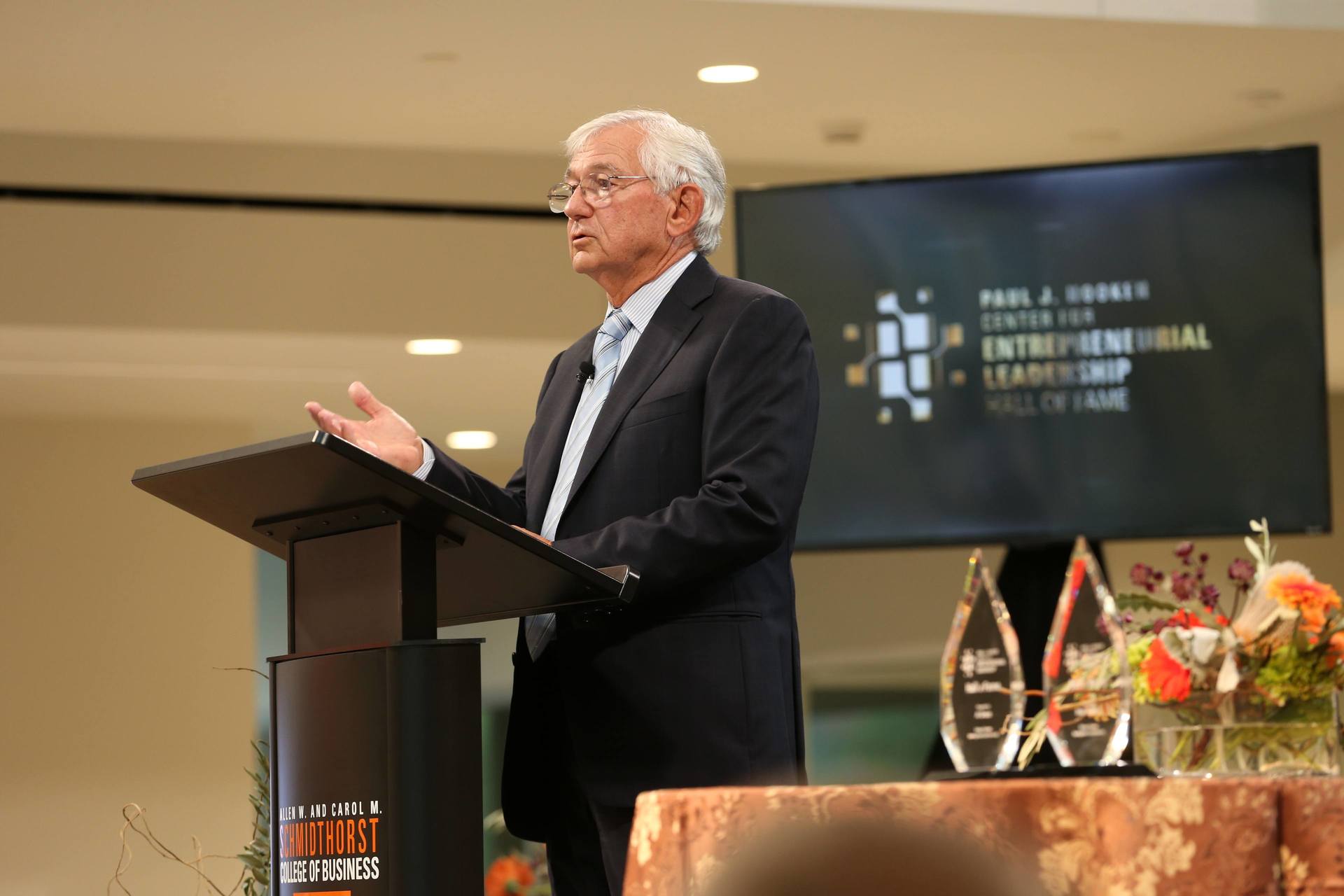 Allen Green began his career in 1964 teaching high school science and vocational agriculture for seven years in Paulding, North Baltimore and Bowling Green, Ohio, after earning a Bachelor of Science degree in agricultural education from The Ohio State University.

Green and his family have been actively involved with Bowling Green State University for many years. He served as a member of the BGSU Foundation Board from 2008 to 2014 and is a member of the University’s Presidents Club and Falcon Club. Green has been a long-time supporter of Bowling Green community programs and activities and has generously sponsored many Falcon sports programs.

"You probably wonder why a guy who has a degree from Ohio State University is a donor to Bowling Green State University," he said during the ceremony. "There has to be something special there, and there certainly is, and it’s the people that are here at BGSU. The leadership and the faculty. And it’s the students that I’ve run into on a daily basis. That’s why we’re here and that’s what it’s all about."