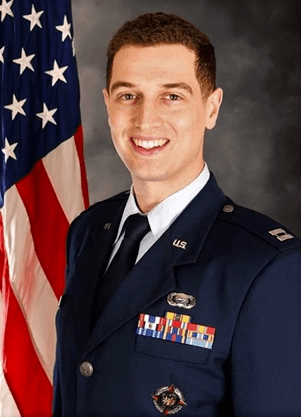 Capt Fagan is an intelligence professional with seven years of active duty experience. He graduated from Bowling Green State University, Bowling Green, Ohio with a Bachelor of Arts in International Studies in 2013, commissioning from Detachment 620 the same year. In October 2014, he graduated Intelligence technical training from Goodfellow AFB. His first assignment was to the 56th Special Operations Intelligence Squadron at Cannon AFB, where he served as a Deputy Flight Commander overseeing intelligence support to the Remotely Piloted Aircraft Mission. Additionally, Capt Fagan served as the Officer in Charge of Intelligence support to the MC-130J at the 9th Special Operations Squadron, deploying to Afghanistan to support expeditionary operations in 2017. Prior to his current position, he served as the Officer in Charge of the Aerospace Forces Section under the Russia Division of the Joint Intelligence Operations Center Europe Analytic Center, RAF Molesworth, UK.