Football Coordinators Have Lived The Game 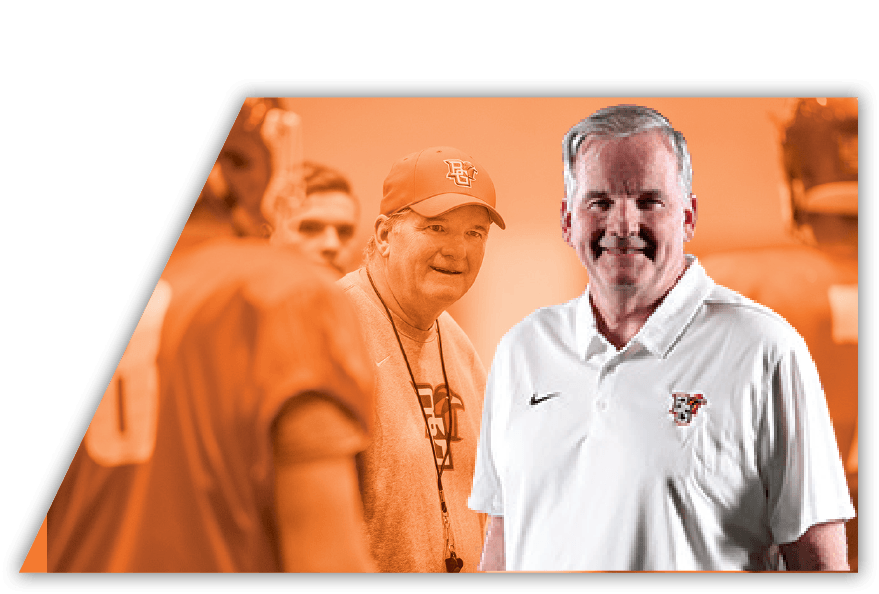 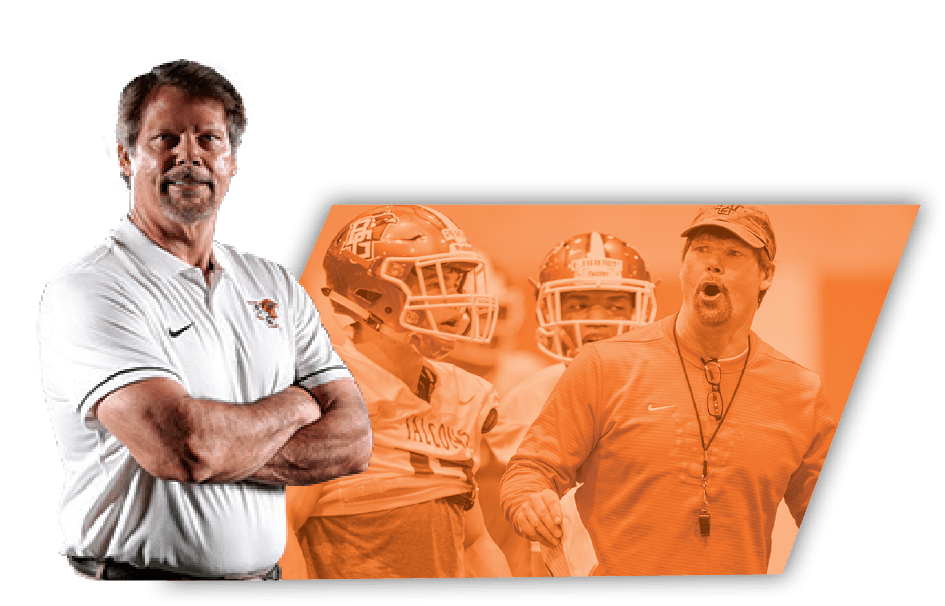 In his first head coaching job, Scot Loeffler chose to surround himself with as much football knowledge and expertise as he could. Offensive coordinator Terry Malone and defensive coordinator Brian VanGorder give Loeffler a pair of college football warriors he expects to lean on often.

“For a new head coach, it is huge to have that experience around you,” Loeffler said. “It’s been an easy transition here because of the people on our staff. There’s great guidance in that room, and very little ego.”

Malone, who will coach the offensive line, has more than 30 years of coaching on his resume, including a decade at BGSU where he worked under Moe Ankney and Gary Blackney. He was here for the MAC Championships and bowl game victories in 1991 and 1992.

“It’s great to be back, and great to see some familiar faces that make up the very special place that Bowling Green is,” Malone said about his return to BG. Malone was on the staff when New Orleans won the 2010 Super Bowl, and he helped Michigan win the 1997 National Championship.

“Terry and I have known each other forever,” Loeffler said, noting that Malone led the UM offense when Loeffler coached the quarterbacks. “He knows how I tick, and I know how he ticks, and since he’s a former BG guy, he was an easy choice.”

With his previous time at Bowling Green, and coaching stops at Michigan, Purdue and Western Michigan, Malone will be recruiting a familiar territory.

“We have such great football here in this state and in the neighboring states, there’s really no reason to go too far from home,” he said.

VanGorder is a Michigan native who has served as the defensive coordinator at Notre Dame, Auburn, Louisville and Georgia, and filled the same role for the Atlanta Falcons for four seasons.

“Brian is a great football coach and his experience and wealth of knowledge is off the charts,” Loeffler said about VanGorder, who also coached linebackers for the New York Jets, and was the head coach at Georgia Southern and Wayne State.

“I came here because of Scot Loeffler, and the great respect I have for him and what he stands for,” the 38-year coaching veteran said. “When I saw all of the great coaches that have been here over the years, that tells me this a good place to be, and a good place to win.”