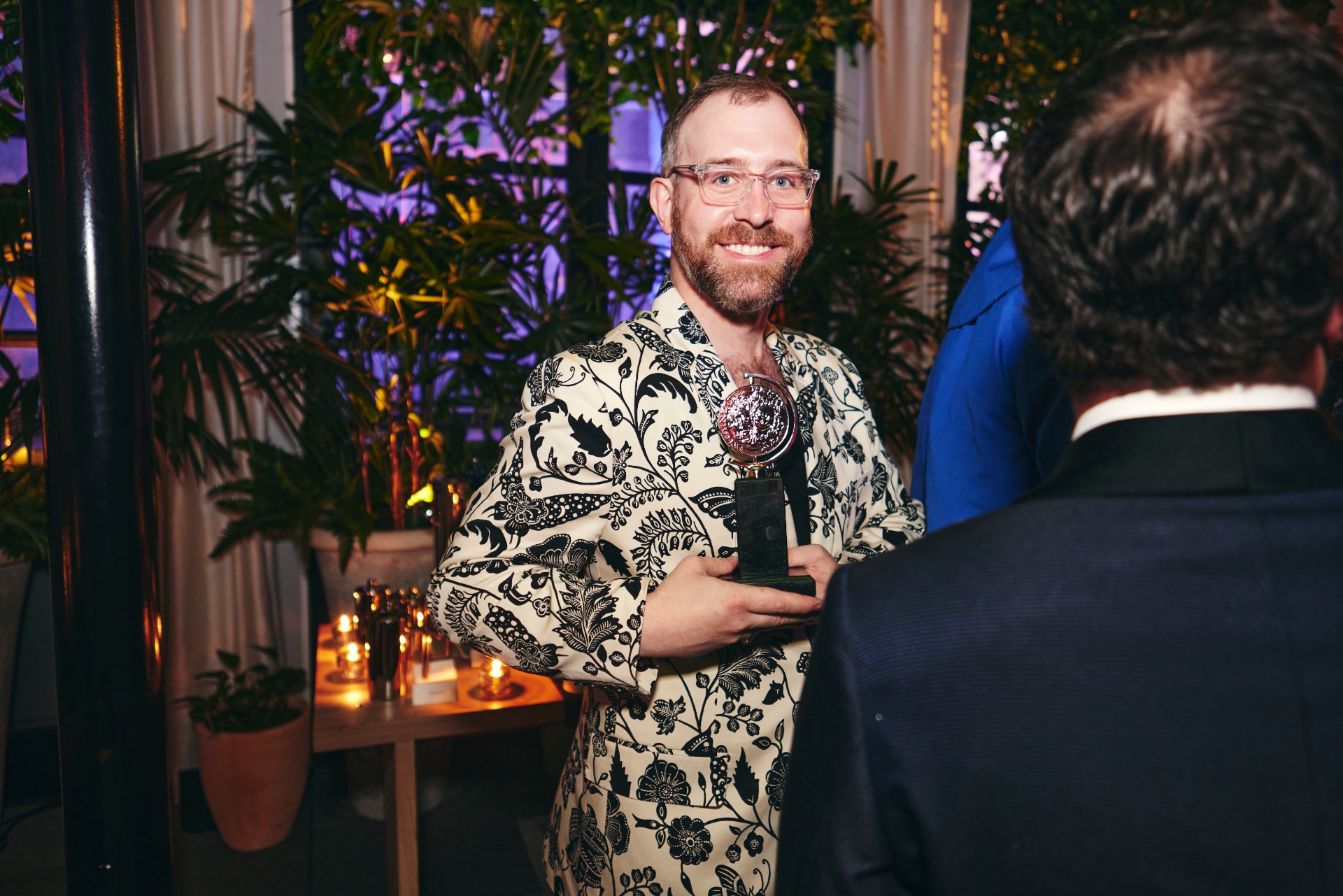 Jimmy Wilson is the first BGSU alum to win a Tony Award. Wilson is a producer on “A Strange Loop," awarded best musical at the 75th Annual Tony Awards in June. (Bronson Farr)

From BGSU to Broadway: Alum wins Tony Award as producer on 'A Strange Loop'

Jimmy Wilson gives credit for their success to hometown, the University 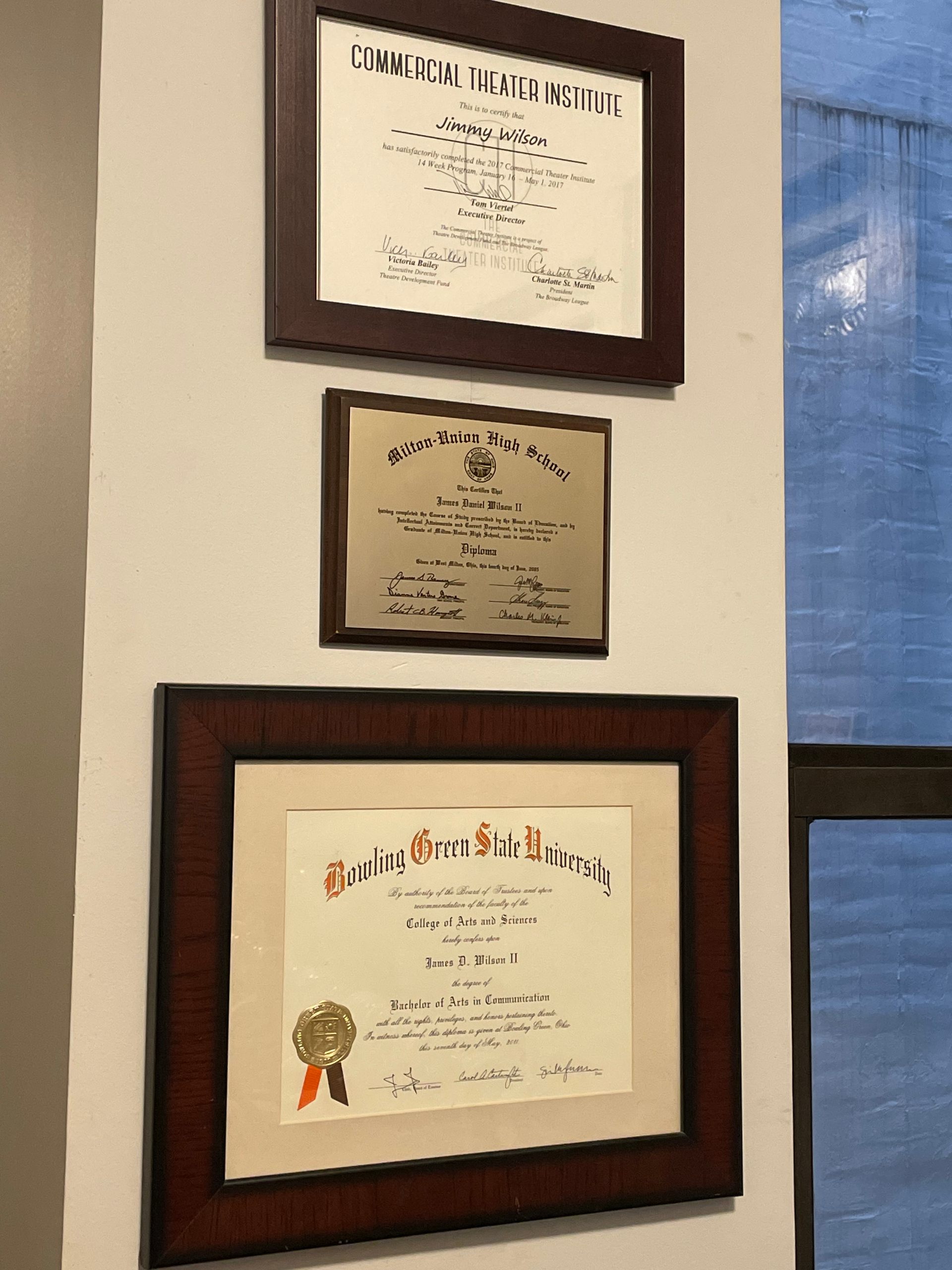 A framed Bowling Green State University diploma hangs on the wall of Tony Award-winning producer Jimmy Wilson’s New York City apartment. Above it is their high school diploma, a nod to their West Milton, Ohio, upbringing.

Wilson '11 won their first Tony Award as a producer on “A Strange Loop,” awarded best musical at the 75th Annual Tony Awards in June. It was the most nominated show of the season.

Wilson is the first BGSU alum to win a Tony Award, according to Dr. Geoffrey Stephenson, teaching professor in the Department of Theatre and Film and the College of Musical Arts at the University. Wilson has a Bachelor of Arts in communication specializing in musical theatre.

Wilson is coming to BGSU on Thursday, Sept. 29, to talk about their journey as co-producer of the groundbreaking Broadway musical. The event will be in the Donnell Theatre from 5-6:15 p.m.

From BGSU to Broadway

Wilson got their start on Broadway after meeting Shaun Moorman in Stephenson's musical theater history class at BGSU. Moorman had previously served as the business and operations manager for the Department of Theatre and Film, but at the time, was the company manager for the “Billy Elliot the Musical” national tour. 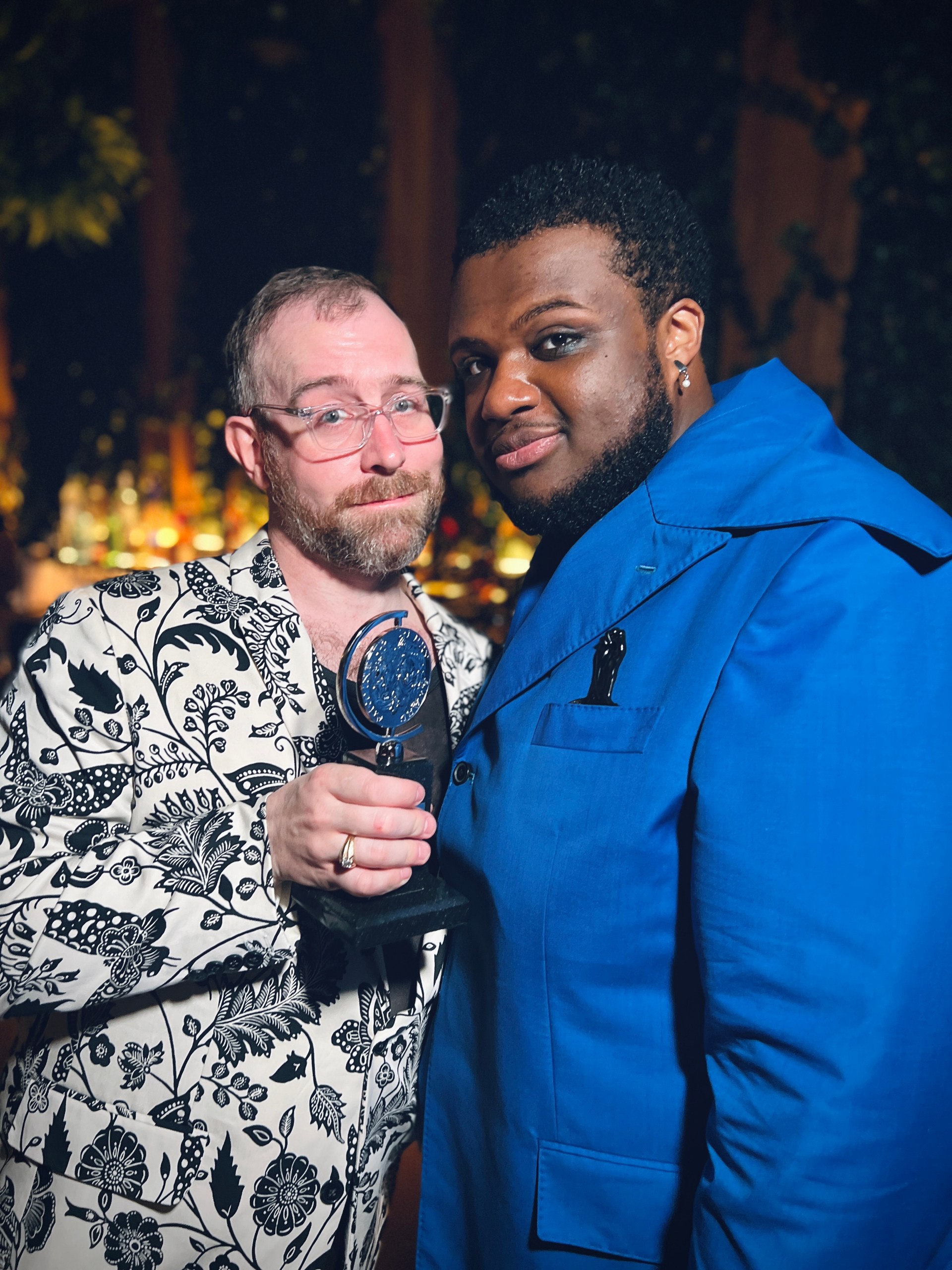 Jimmy Wilson and lead actor of "A Strange Loop" Jaquel Spivey after the 75th Annual Tony Awards. (Cherie B. Tay)

BGSU alumni provided recommendations and referrals along the way, helping Wilson in their pursuit of a Broadway career.

“There’s just something really special about being a graduate from Bowling Green,” they said. “There’s this intrinsic need to want to help each other when you can.”

“The second I listened to it, I said, ‘This is something really special,’” Wilson said.

The show opened off Broadway in 2019, and in 2020, its creator, Michael R. Jackson, won the Pulitzer Prize for Drama. Wilson said they knew the show was destined for greater things. They and Whitman began meeting with theater owners, trying to secure a Broadway theater for the upcoming season. 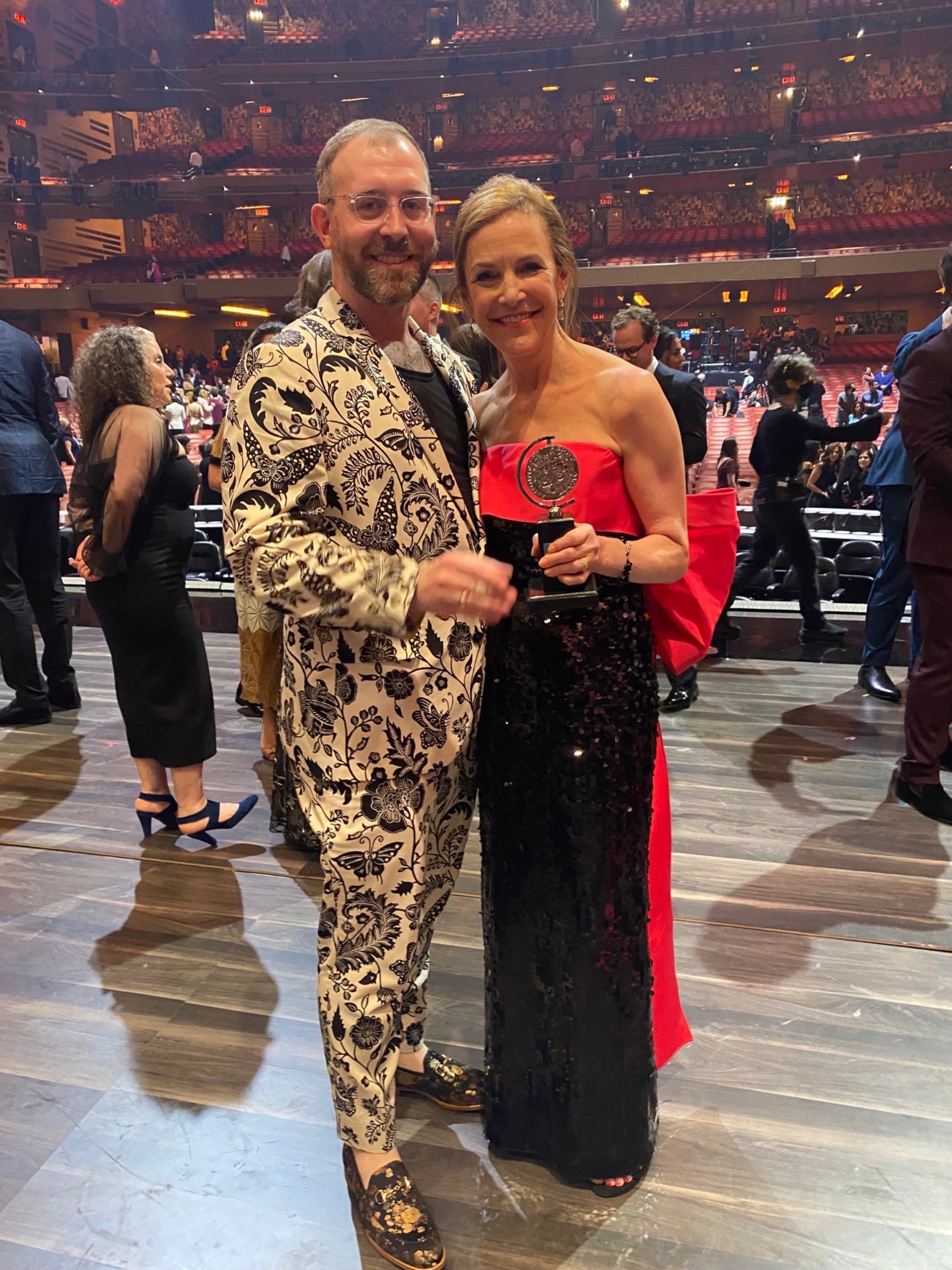 “For small shows like this, it’s difficult to get a theater,” Wilson said. “We just kept pushing our little show, trying to get what we considered this monumental and special musical to the Broadway stage where it belongs.”

Then, just before Christmas in 2021 and after a successful six-week run at the Woolly Mammoth Theatre Company in Washington, D.C., Wilson and Whitman received the call that the show would be opening in the Lyceum Theatre on Broadway. It opened April 26, 2022.

“A Strange Loop” was nominated for 11 Tonys, receiving the most nominations of any show for the season.

“When things actually start to happen that you’ve worked so hard to make a reality, you find yourself asking, ‘Is this real life?’” Wilson said.

“Being in Radio City Music Hall for something I’d watched on television for 35 years of my life was completely surreal,” Wilson said. “When they called our name for winning best musical, I knew all of our lives had completely changed. We brought this little show from off-Broadway to the grand stage it deserves.”