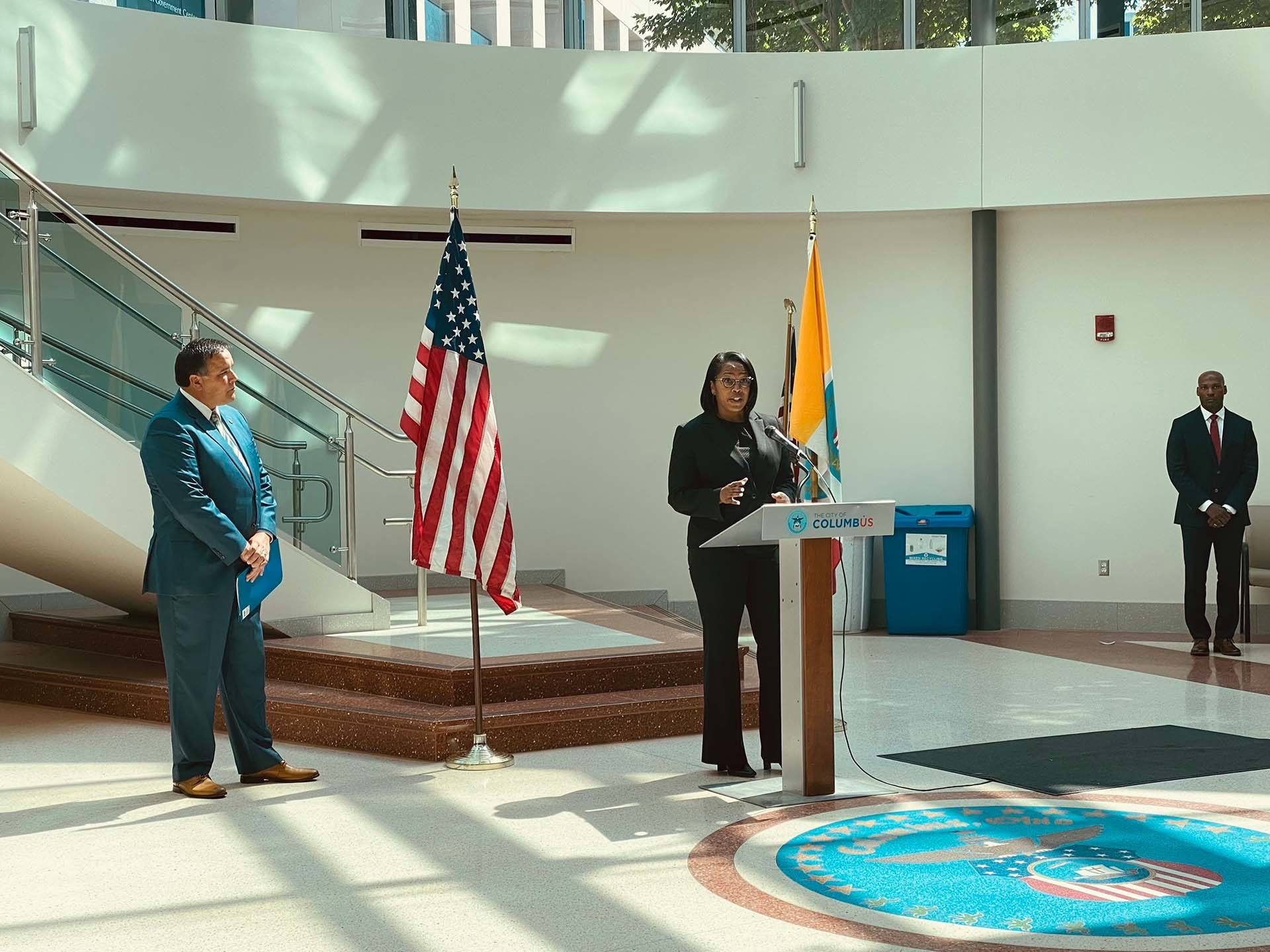 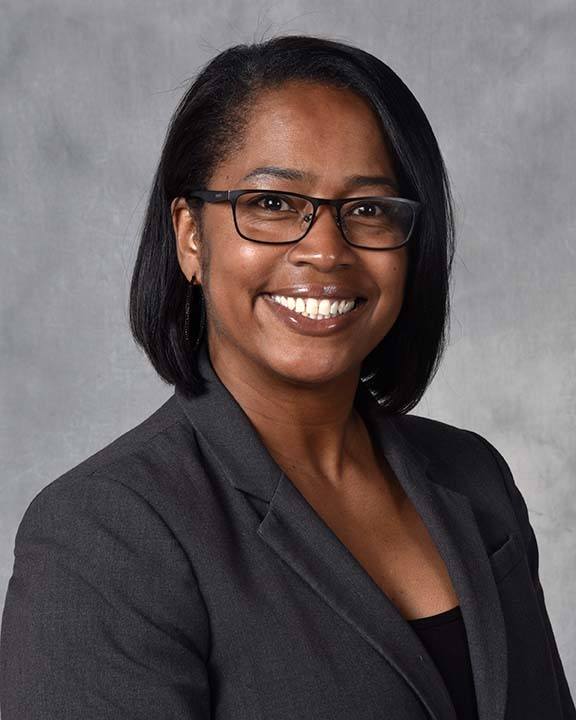 Elaine Bryant ’19 recently became the first Black woman to be named chief of police for the City of Columbus.

Bryant, who previously was the deputy chief of police for the City of Detroit, was selected this summer after an extensive national search and community engagement process. She earned a Master of Science in criminal justice (MSCJ) from Bowling Green State University, which is ranked No. 1 in Ohio and No. 12 in the nation by the U.S. News & World Report Best Online Programs rankings.

“I know this job is an enormous responsibility and I’m up for the task,” she said. “I'm honored to have been chosen to be the one to take on this responsibility. I have a great team around me, and the Columbus community has been extremely welcoming. I am deeply honored to serve as Columbus’ next police chief.

“This is a pivotal moment to be stepping into this role, and I am firmly committed to embracing change, diversity and clear and open communication to improve safety, enhance accountability and rebuild trust between officers and the community.”

Bryant is a 21-year veteran of the Detroit Police Department, where she served in multiple capacities, including patrol, investigations and administration. During that time, she ascended through the ranks — having been promoted five times from patrol officer to deputy chief — and coordinated Detroit’s response to several high-profile events, including Super Bowl XL in 2006.

“It is with great pride and enthusiasm that I announce Elaine Bryant as our city's next chief of police,” Columbus Mayor Andrew Ginther said. “She is a transformational leader with sound judgment and considerable experience, an effective advocate for change whose actions are rooted in compassion, empathy and engagement with those whom she serves and leads. I am confident that she is the right leader at the right time for the City of Columbus.”

A strong proponent for inclusion and reform, Bryant supported efforts to completely overhaul investigations in compliance with a Department of Justice decree, led the Domestic Violence Unit, worked in the Equal Employment Opportunity Office and Internal Affairs Unit, collaborated with Detroit’s civilian oversight board, and created and expanded numerous community relations projects to strengthen ties between police and residents.

Master of Science in Criminal Justice served as preparation

When Bryant first entered the BGSU Master of Science program, her goal was to equip herself with knowledge and the skills to be the best leader, manager and mentor she could be in the department.

“I didn't necessarily have any professional aspirations at that time,” she said. “I was just simply trying to be the best version of myself that I could believe in. I just wanted to make sure that I was giving my all to the position that I held at that time.”

Right after Bryant graduated in May 2019, she was promoted to deputy chief, managing the east side precincts and specialized units in the metropolitan division of Detroit.

“I was like, apparently, I'm doing something right,” Bryant said. “Again, I was just very happy to be in the role that I was in, learning in and performing in that role. My master’s degree definitely helped me look at things from a different perspective and use that knowledge to perform my job in a more efficient manner.” 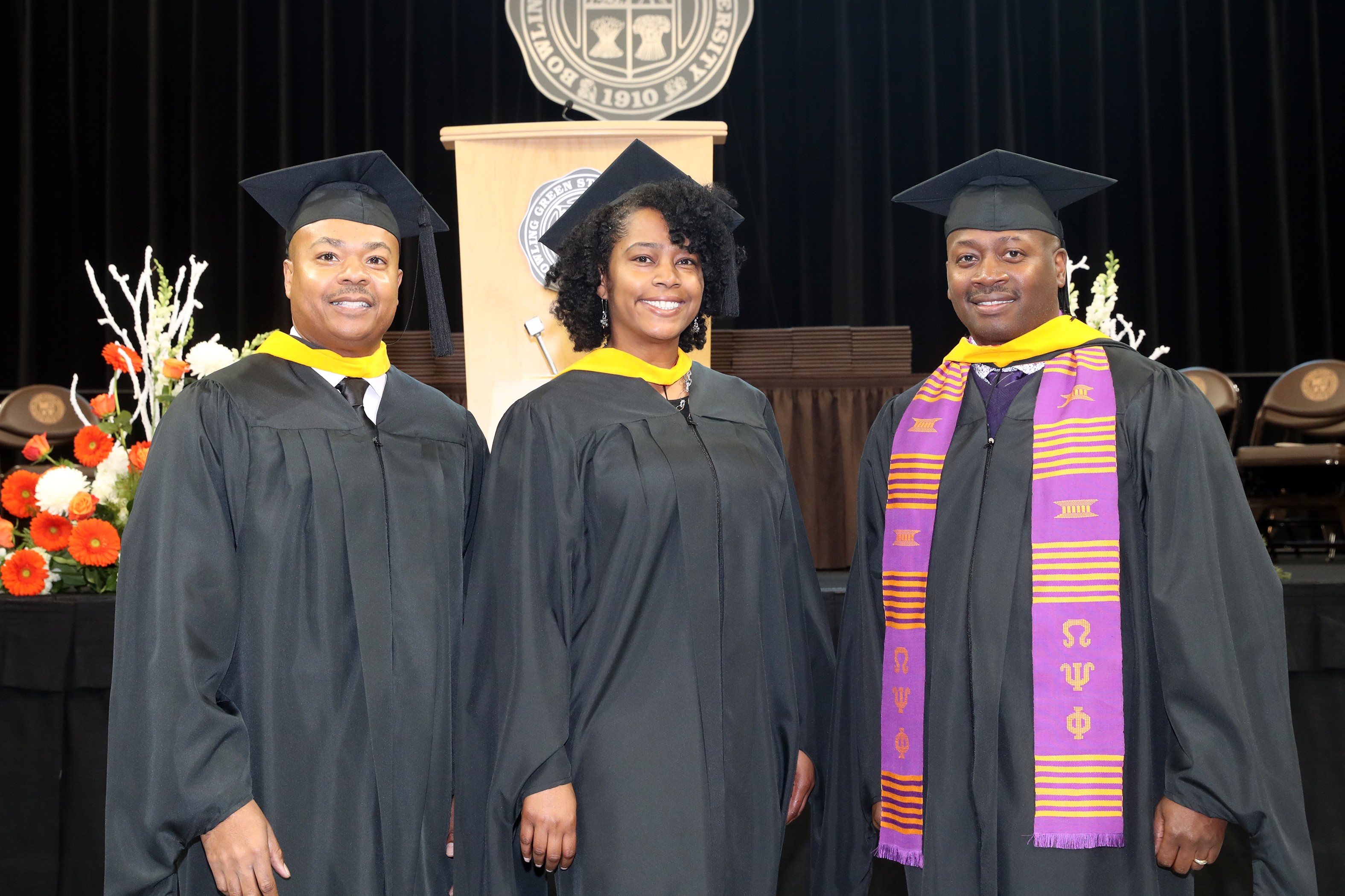 Every MSCJ course at BGSU was relevant to her promotion and eventual appointment in Columbus.

“The courses increased my knowledge of emerging and relevant topics that were going on at the time,” she said. “My master’s education assisted me in having meaningful conversations with my community, my leaders and my elected officials. It gave me the knowledge to be able to create different programs and process things differently and be able to be more efficient in my position. I was able to do things like enhance our case management and create different disciplinary processes that were more efficient.

“All of my classes actually helped me achieve my goal, I believe, because it made me more of a law enforcement officer and gave me that ability and knowledge to be able to look at things from a different perspective and be able to analyze the situation.”

Bryant said all the faculty and staff at BGSU were knowledgeable and helpful.

“They challenged us in ways that we weren't used to being challenged — in law courses anyway, especially being at a management level,” she said. “Getting the perspective of other classmates who aren't necessarily working in that field gave us a broader look at things.

“A lot of the schoolwork was solutions-based, so if I ran across the problem in the field, I was able to use some of the techniques I learned. I definitely think that BGSU prepared me to be able to figure out the solution to the problems I face on a daily basis. I think my decision to continue my education at Bowling Green State University was a great one because it prepared me to be a leader in the Columbus community.”

Being the first Black female police chief in Columbus, Bryant is aware that she is in the spotlight as she assumes the role of community healer. 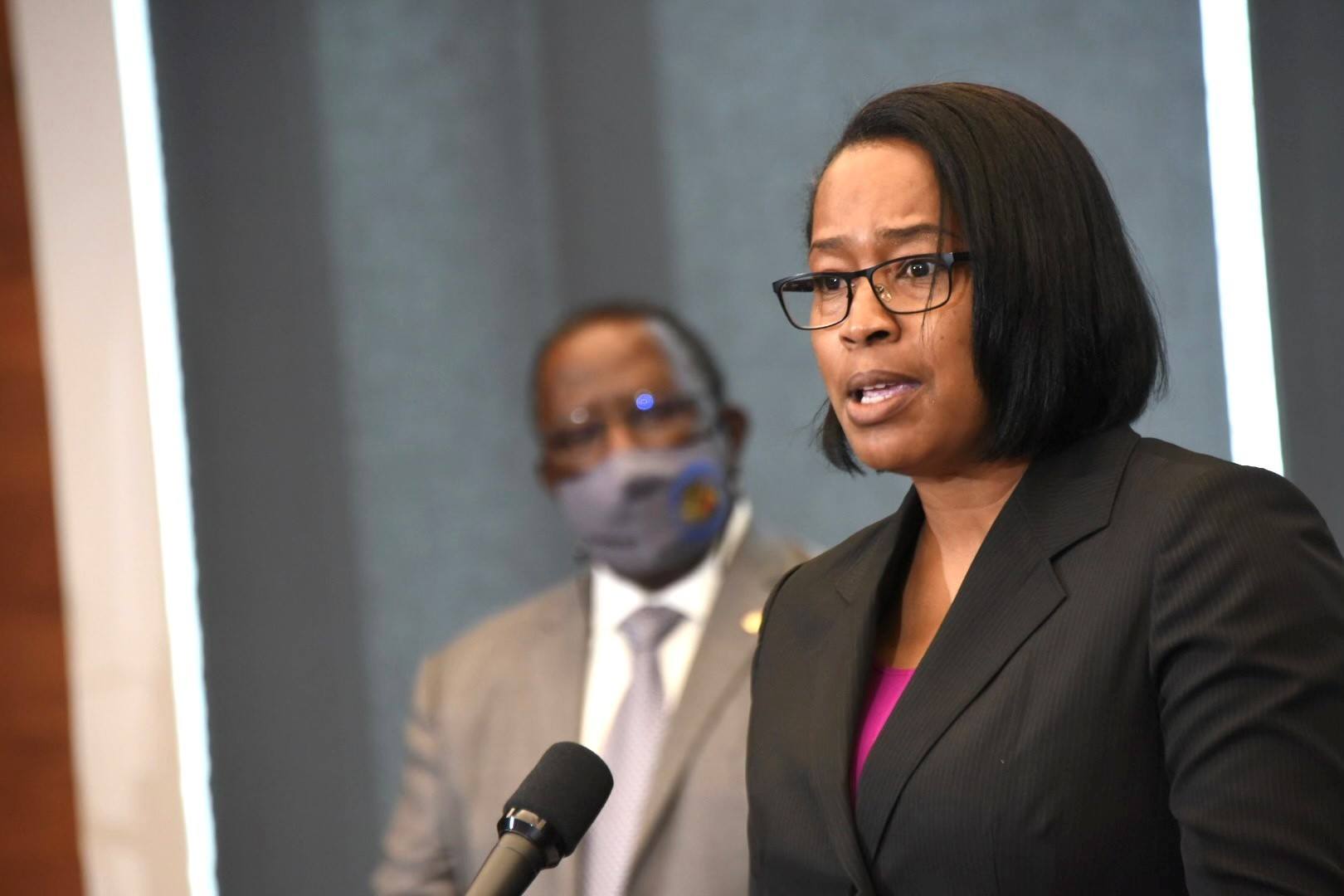 “I think that being a police chief or the head of an organization is not about power; it's about being a public servant,” she said. “You have to be transparent, and you have to be open to dialogue. It's a partnership with your community — we can't do our job without them. I think it's important, with me being the head of this agency, to have that open dialogue and encourage those relationships and make sure that the community is a part of any of the transformations that we do in this department.”

With all the civil unrest the United States has experienced recently, Bryant believed she needed to “step up and do her part,” especially with her diverse background within the Detroit Police Department.

“I felt like with all the things that I've accomplished, it was an opportunity to become involved in the things that were going on in our nation and in the community,” Bryant said. “It was time for people to step up and become a part of that solution. I felt that I had the skill set and the ability to do that. I wanted to venture out and take a chance.”