BGSU alumna gets a foothold in entertainment industry 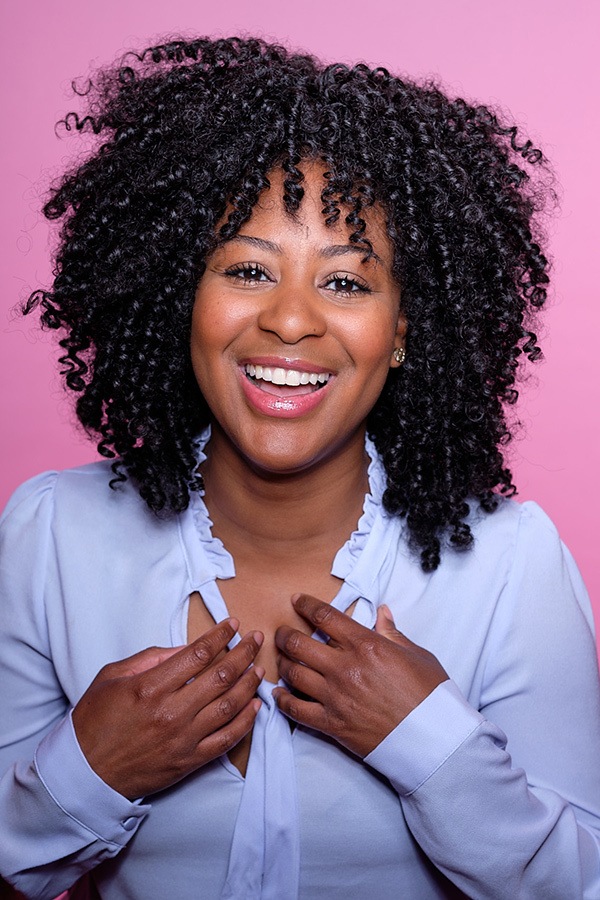 Little did Nicole Lovince know when she and her collective created the independent film “Five Women in the End” that it would ring so true in 2020.

The 2009 Bowling Green State University theatre and film graduate is one of the actresses in the film that is now available on Amazon Prime. Five women who have come together for one of their regular “Poor Choices Thursdays” wind up in quarantine after their city and several others across the country are targeted by a terrorist chemical attack.

“It’s a quarantine movie that is so timely and relatable. It came out so well,” Lovince said. “It’s funny, and its characters are people that everyone knows. It’s a feel-good streaming movie that is perfect to watch on a Saturday night or a Sunday afternoon as you are in your own quarantine.”

“It was always our goal that once we branched out, we wanted to start making features together, making money together and having fun,” said Lovince, a New Orleans native. “We collaborate with each other and come together to help in whatever capacity we can in each other’s projects. That was our first fully funded feature that we were able to do."

Her character, Stacy Beals, a diva who loves fashion and celeb gossip, was written specifically for Lovince by director KD Amond, a longtime friend. (Note to fellow BGSU theatre and film students: Make friends and stay connected with your college peers; those connections are invaluable as you pursue your careers, Lovince advised).

The movie was filmed exclusively using iPhones to create a “found footage” feel, Lovince said. And because the characters were in a power outage for most of the movie, they used lanterns to light themselves. “It was crazy, but it was so much fun. We made a movie in two weeks. It was the hardest, but best experience ever.”

With the movie out, now the push is to get people to watch it and share it with their families and friends.

“You can love it or not, but just watch it. If we can get it to go viral that automatically opens up doors and opportunities for us so we can have steady income to pay our rent, to eat,” Lovince said.

Lovince’s IMdb.com filmography is rather impressive in the 10 years she’s been focused on her career. Her list includes work from shorts to appearances in television series to her role as Kori in “Pitch Perfect.” The two most recent films, both on Amazon Prime, are “Five Women in the End” and “Skin in the Game,” about a woman who saves young teens who have been submerged in the horrific world of human trafficking. Many of the projects have been the result of working with her friends and close colleagues.

“It’s important to collaborate with other creatives, especially in a big market like L.A. When starting out you may not get the bigger jobs that pay you enough, so in order to have footage and experience to get you to those bigger opportunities, you have to create on your own,” Lovince said. “An actor will get asked, ‘So, what are you working on, what are you creating,’ so you always need to be building outside of your booking industrywide.”

That's exactly what she’s doing these days — creating and building her portfolio.

The day of the interview, she had just returned from an audition with Nickelodeon and was prepping for a video shoot for her latest venture into the music world as a singer and songwriter. Her music is found under the name “Free the Unicorn” and is considered indie, alternative and R&B. The music video is supposed to drop on her YouTube channel later this year. She is collaborating with Jeff Gold Music on six or seven songs, expected to release after the new year on all music platforms.

She is also a co-host for the podcast Nics at Nite, serves as a brand ambassador, mostly online these days because of the pandemic, and regularly posts on Instagram, YouTube, Facebook and a livestream video on the app Bigo live.

The coronavirus pandemic has impacted many activities since so many businesses shut down in March. “We had hoped to shoot a horror film this year, but I don’t know if we’ll be able to do that with COVID-19,” Lovince said. “We are using super small crews, but everyone in the independent market is trying to figure out how to do this; we don’t have the budget to do the workarounds that the unions are asking people to do, so we are getting back to things like guerrilla filmmaking.

“It’s working with a really small collective of the people that you trust, using what you have access to and getting out there and making it happen," she said. “We can’t worry about the fancy bells and whistles in the set because we just can’t do that right now. It has got to be about the story and the characters.”

Even when the pandemic is gone, there will always be the need to “figure it out,” she said. “It’s the artist’s life. You have to find a way to make it work.”

One of Lovince’s biggest goals now is to write and act for a television show. That dream may become a reality after she completes the Harvardwood TV writing modules, which she was accepted into based on a pilot program she wrote. That kind of work could provide the continuity and steady income she is hoping for, and allow her to focus on a few projects rather than juggling the ones “where the money is,” she said.

That is what she aspires to next. “I’m in my 10th year and I’m just ready for that balance, where I don’t have to worry about where my rent is coming from, or depending on family and friends to help me out,” Lovince said.