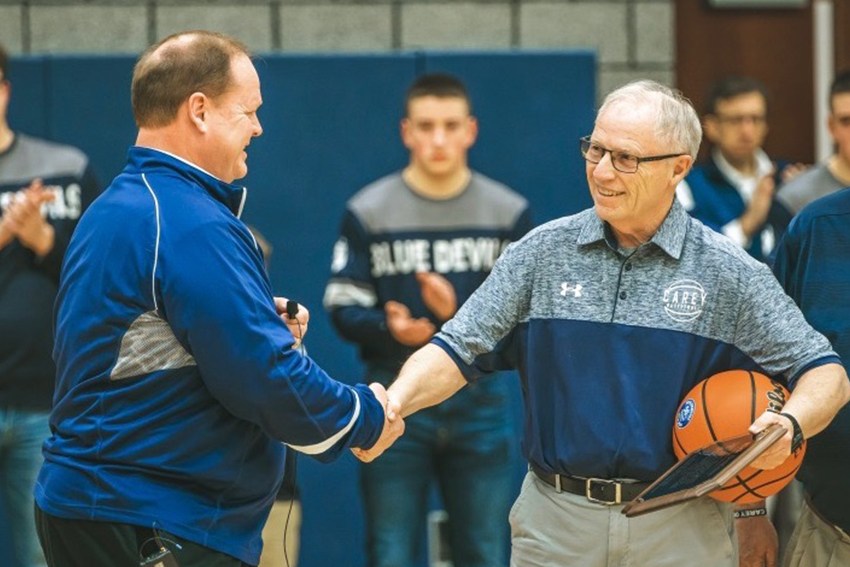 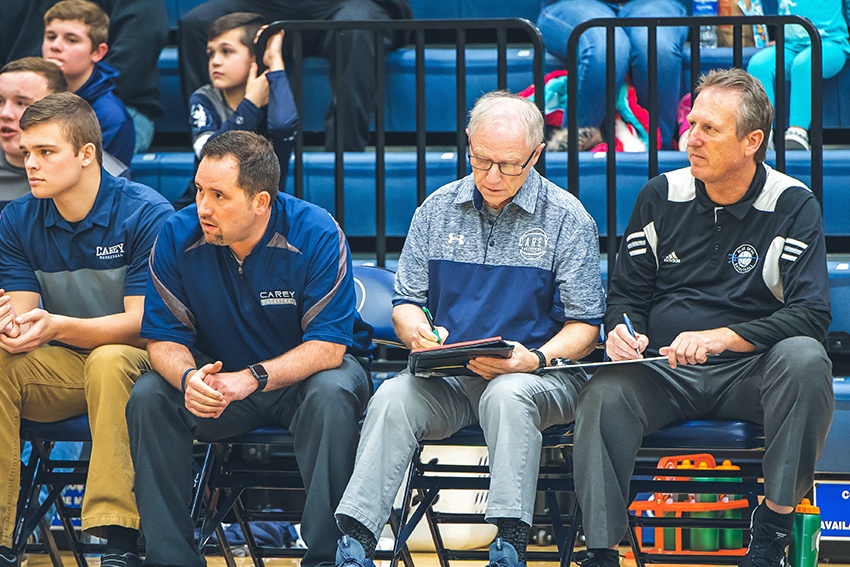 When it comes to the game of basketball, there’s not a lot that Richard DeMoss hasn’t seen or done.

DeMoss, a 1970 Bowling Green State University graduate, is a northwest Ohio institution, having coached at the high school level for 50 years. Currently an assistant coach for the boys basketball team at Carey, he was honored by the Ohio High School Athletics Association and the communities of Carey and New Riegel during a game between the two schools during the 2019-20 season.

DeMoss, who began his teaching career just after graduating from the College of Education and Human Development, also served as the freshman basketball team at New Riegel in that first year out of school. He then coached the junior varsity squad, and in 1977, he took over the varsity team.

He coached the Blue Jackets from 1977 to 2003, guiding the team to eight league championships and seven sectional titles. In 1993, DeMoss took his squad all the way to the state championship game.

DeMoss also coached the softball team at New Riegel for 10 years (leading that team to the state semifinals in 1991) and the baseball team for three, and later served as head coach of the girls basketball team at the school. He spent a total of 33 years at New Riegel.

His head coaching career also included a stint as coach of the boys basketball team at Hopewell-Loudon and it was there, in 2009, that he picked up his 350th career victory in his final season as a head coach.

He has also been an assistant coach with the boys basketball team at Tiffin Columbian and the junior varsity coach at Old Fort. Since 2011, DeMoss has been an assistant at Carey, and the 2019-20 season marked his 50th year in coaching.

“In order to get the most out of your athletes you have to invest yourself in them. It’s not about you and your stats,” said DeMoss. “You have to work hard on getting everyone on board with your program. You have to surround yourself with knowledgeable assistants, and be willing to listen to them. I’ve been lucky in that area. 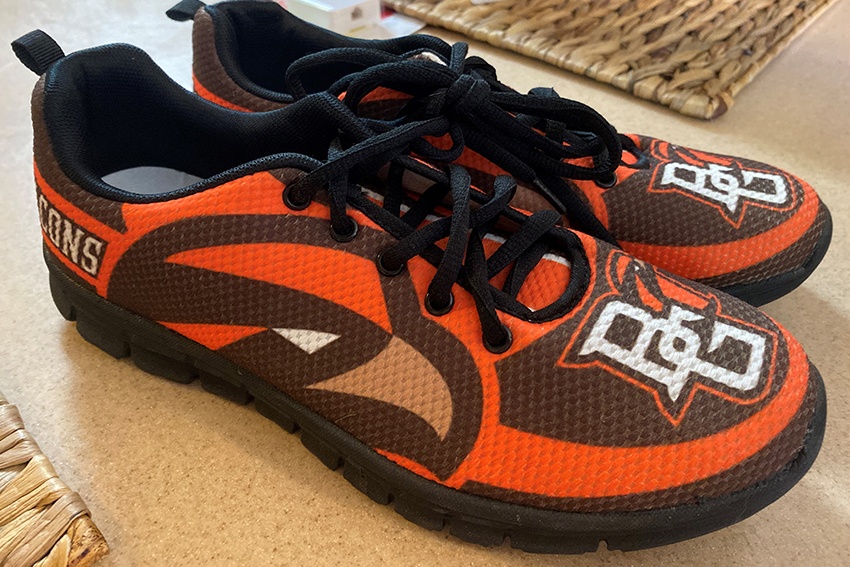 DeMoss proudly wears these BGSU shoes to his practices and gives all of his grandchildren a Falcon onesie and a basketball.

“You have to be able to adjust with the times and deal with social media and all that brings to the table. But above all, you have to remember they are teenagers and that kids like to have fun. I tried to balance the work with fun. You want your athletes to feel the time spent in the gym was worth it. You want your players to leave practice wanting to return the next day, not dreading it.”

In late January, the Blue Devils hosted New Riegel, and many of DeMoss’ former players and assistants were on hand to honor their coach. He was presented a plaque and a commemorative basketball by Mike Wank, one of his former players and now Carey’s superintendent. Then-OHSAA President Jerry Snodgrass sent copies of the scorebooks from New Riegel’s state tournament games along with DVDs of those contests.

“The ceremony was touching,” said DeMoss. “It’s nice to be recognized for your work, but honestly the best part was having my family there and visiting with my former players and their families after the game. That was special.

“Any career coach will tell you that your family’s support is crucial. My wife and two daughters Raeann and Mary (BGSU ’11) have been part of my team. My wife was also a successful basketball coach at Carey High School until the girls came along, and while she no longer coaches her own team she has helped with mine behind the scenes.”

When those in attendance who had played for or against DeMoss were asked to stand on that January evening, many people on both sides of the gym rose to their feet. Whether they were rooting for Carey or New Riegel that night, nearly everyone in the building was on DeMoss’ team.