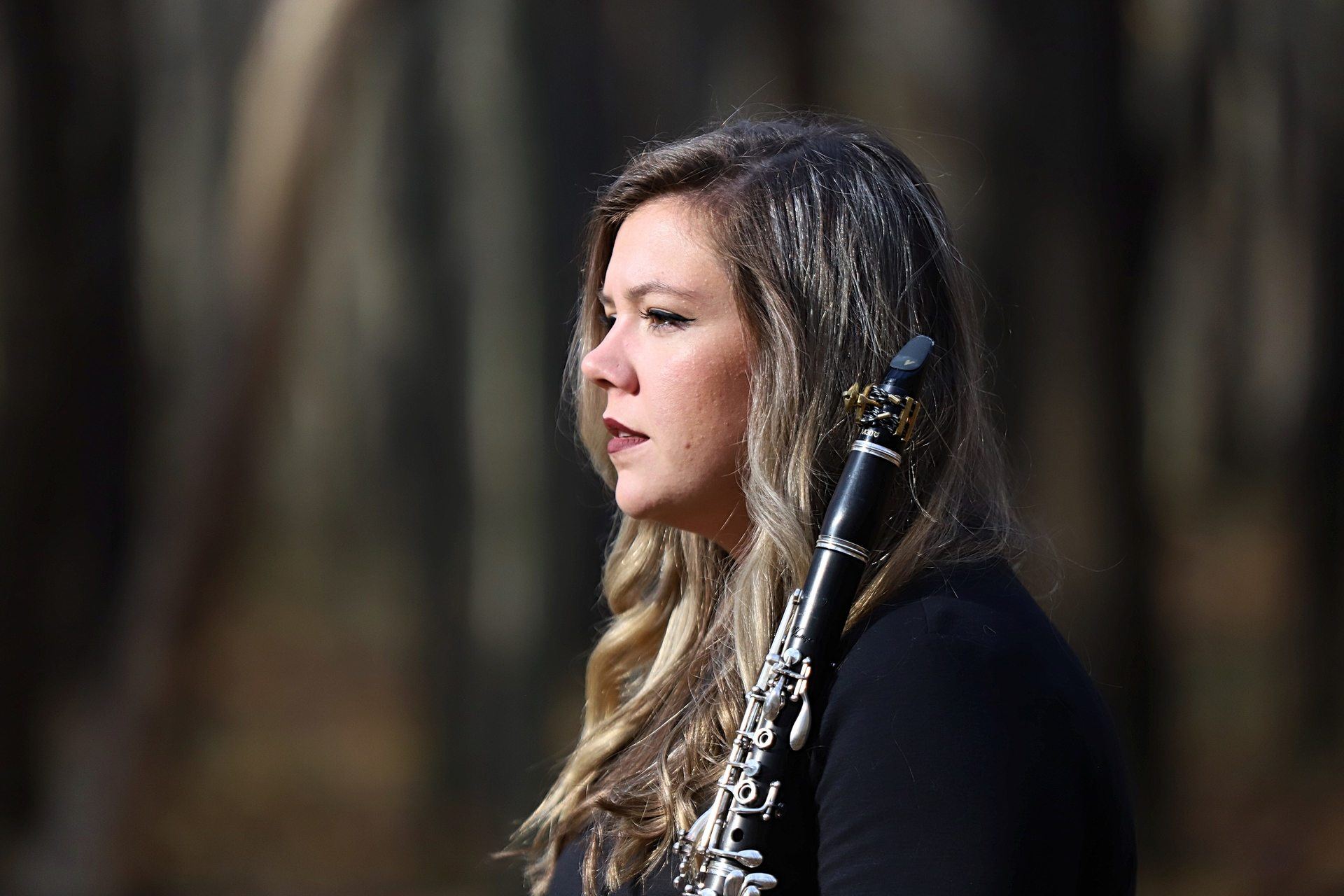 Sophie Browning gained more than a master’s degree during her time at Bowling Green State University; she obtained a lifelong bond with faculty in the College of Musical Arts (CMA).

“It’s hard to single anyone out because I really enjoyed every faculty member, but I would say, for me, the largest influences were Kevin Schempf, Lisa Martin and Ken Thompson,” said Browning, who is graduating with a Master of Music in clarinet performance this summer.

Browning had a friend from who had earned her master’s degree from BGSU and spoke highly of the CMA.

“I didn't really know much about it because I'm originally from St. Louis,” she said. “So, I reached out to the clarinet professor, Kevin Schempf, at BGSU. I had a really positive experience with him, and then it kind of snowballed from there.” 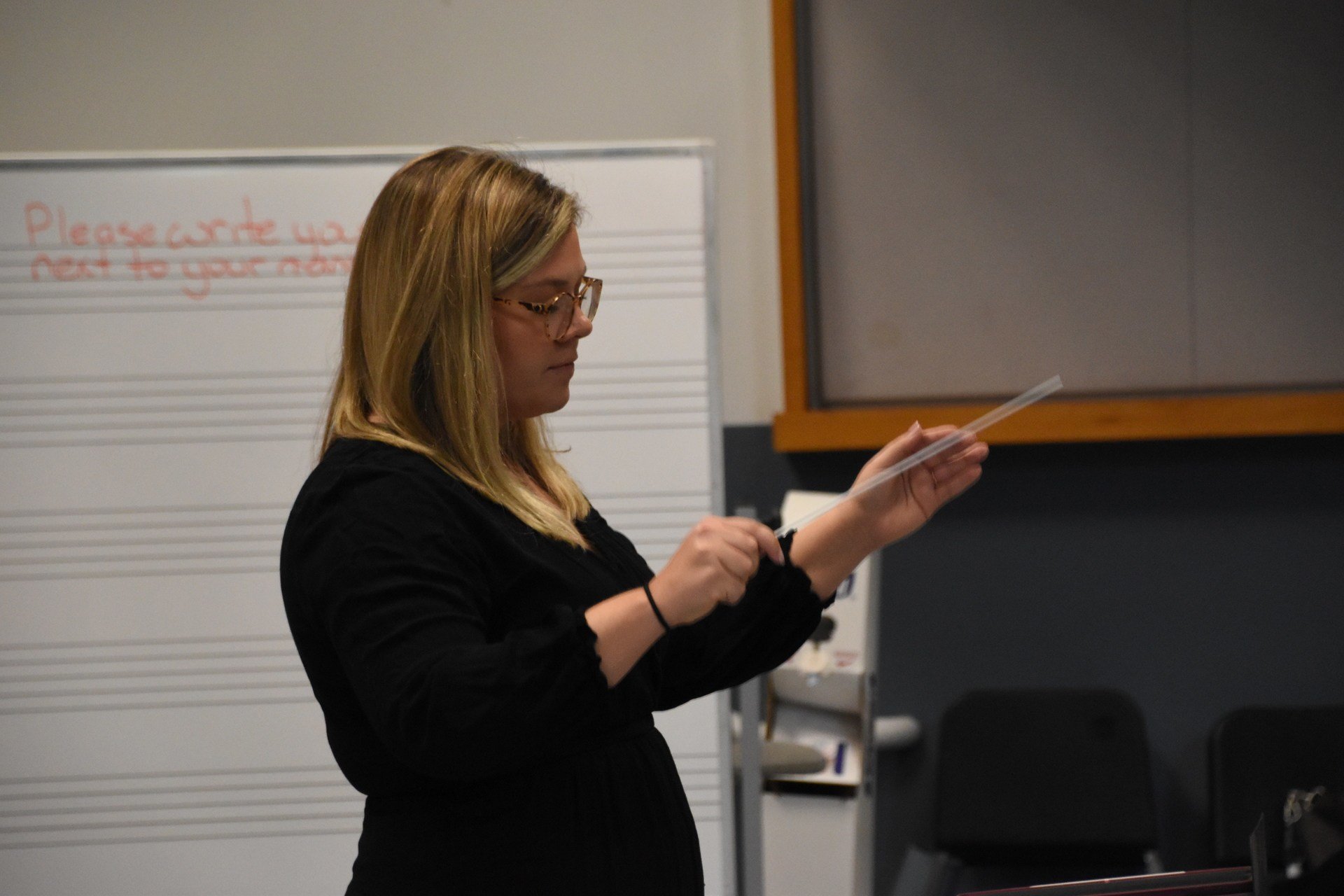 “My responsibilities at All Saints were fourth and fifth grade, beginning band and middle school band,” Browning said. “Throughout the year — in a normal year —we would have a stable of concerts. We would do a Grandparents Day performance and a holiday concert. Then in the spring semester, we put on a solo and ensemble festival for them. Then, we would do a big, all-cooperative band concert at BGSU.

“Dr. Martin, who is a member of the music education faculty, and I had a similar experience before pursuing our graduate degrees so we hit it off,” she said. “I think having Professor Schempf and her as mentors really solidified my life while attending BGSU.”

Browning double majored in music education and clarinet performance at Southern Illinois University. She was teaching in in Edwardsville, Illinois, when she decided she wanted to get her master’s degree.

This month, she started her new teacher training with the School District of Clayton in St. Louis, one of the top-rated school districts in Missouri.

“I am currently a woodwind specialist and a band director at the middle school and the high school,” she said.

And, of course, Browning still finds time to perform.

“Aside from teaching, I am currently playing with an orchestra based out of St. Louis, doing some chamber music stuff,” she said, “and I actually just did a solo performance with one of the community bands in the area. So, I'm still playing and teaching at the same time.”

Browning said her new employer “was impressed because I was so prepared thanks to BGSU.”

“One of the many things I find to be unique about the CMA at BGSU is their new music focus,” she said. “A lot of programs in the music world that I've had experience with have not had as heavy of a focus on new music. I look back now and see how that experience has prepared me. I feel like I have a leg up on knowing what's current and who are good artists and composers to interact with and perform.

“Whereas with other programs, I would have never known just because I wouldn't have had access to that. Another nice thing is that BGSU has the New Music Festival every year, which was totally a unique experience for me.”

She enjoys teaching and relishes when she gets to use her clarinet in class.

“I think that leading by example is really important, and especially as musicians,” Browning said. “I think that's what we do every day, especially with our own instrument. I always have my instrument handy if I need to show the class an example, or I can play recordings of people playing or I have guests come in.”

Another skill that Browning sharpened at BGSU was conducting. Ken Thompson, professor, conducting and ensembles, helped her on his own time.

“He's a St. Louis native, too, so he knew a lot of people in the area,” Browning said. “I wanted to get better at conducting and out of the graciousness of his heart and patience that he had for me, he gave me conducting lessons. It wasn’t a part of my degree program at all and not a part of his schedule, but he dedicated the time to make sure that I was prepared and felt comfortable with what I was doing moving forward.”

She said there were so many ways that Dean William Mathis and the faculty went the extra mile.

“Dean Mathis is amazing,” Browning said. “He was always very kind and always was willing to have a conversation with you. All of the faculty were great.”