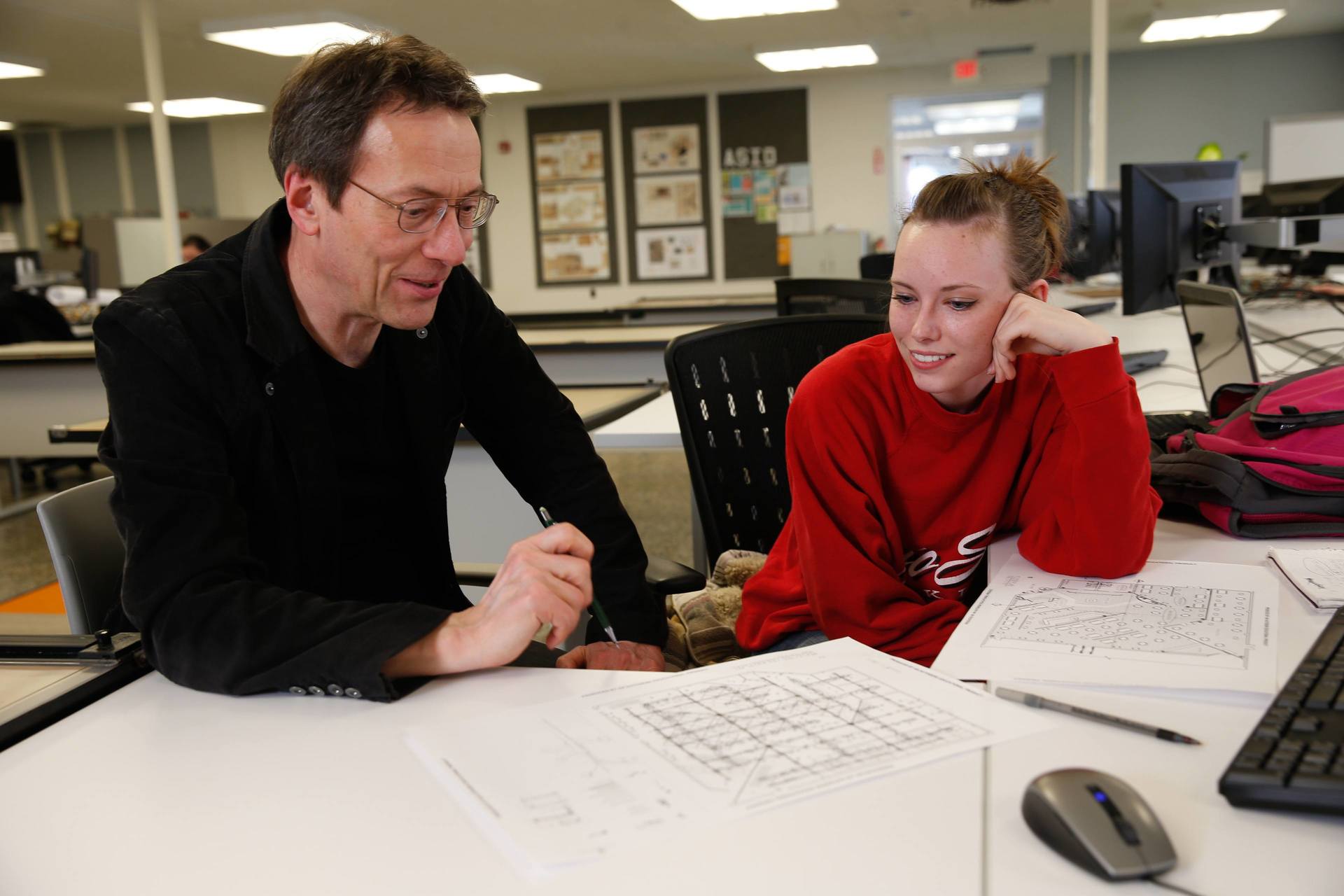 Dr. Lubomir S. Popov, professor in the Interior Design Program of the School of Family and Consumer Services, is considered one of the leading experts in academia in the area of facilities programming, which emphasizes the importance of researching building users and developing design concepts to meet their specific needs.

Popov, a highly respected teacher, instructor and academic advisor who started at Bowling Green State University in 1999, received the 2020 Professorship of Research Excellence Award from the University this spring.

There was no formal ceremony this year due to the COVID-19 pandemic.

The distinction as a Professor of Research Excellence is bestowed upon distinguished BGSU faculty members who have achieved the rank of professor and through their extensive accomplishments in research and published works have won significant recognition on the national and international level.

Popov’s work has stretched the norms of traditional architecture while encompassing the sociological elements of design and building, with improved human interaction as a priority. He has played a major role in bringing social design into a place of prominence at the institutional level, and he helped promote the innovative Social Design Award, which has been adopted by the Association for Applied and Clinical Sociology.

In recommending Popov for the Distinguished Research Professor award, Dr. Deborah G. Wooldridge, director of the School of Family and Consumer Sciences, emphasized the extensive volume of scholarly work Popov has shared with his colleagues in the field, including more than 250 presentations at conferences, 48 refereed papers and his wide-ranging research on the theory, methodology and logistics related to facilities programming.

“Dr. Popov is building a case for viewing the subject matter of facilities programming in a new way, like social science research and social design,” Wooldridge said. “Dr. Popov consistently advocates for establishing the profession of social design, just like the professions of mechanical and civil engineers.”

Popov, who holds a doctorate in architecture from the University of Wisconsin-Milwaukee as well as a doctorate in sociology from the Bulgarian Academy of Sciences in his native country, has previously won the Robert Ezra Park Award for Sociological Practice. He currently chairs the Faculty Development and Evaluation Committee in the School of Family and Consumer Sciences at the University and has served as the chair of the Faculty Search Committee for the Interior Design Program several times. Popov has also served as the faculty advisor to the Student Chapter of American Interior Designers at BGSU for most of the past 15 years.

Wooldridge cited that extensive record of his contributions on campus, plus the recognition Popov has received throughout his field for his pioneering work that merges architecture and sociology in a highly advanced and productive manner. He has won numerous honors and awards for his creativity and forward-thinking approach.

“These honors indicate his high reputation among his colleagues in several disciplines and research communities, as well as their appreciation and support for his ground-breaking ideas, scholarly output and contributions,” Wooldridge said.