The six-month internship began in January, and takes place In Dallas 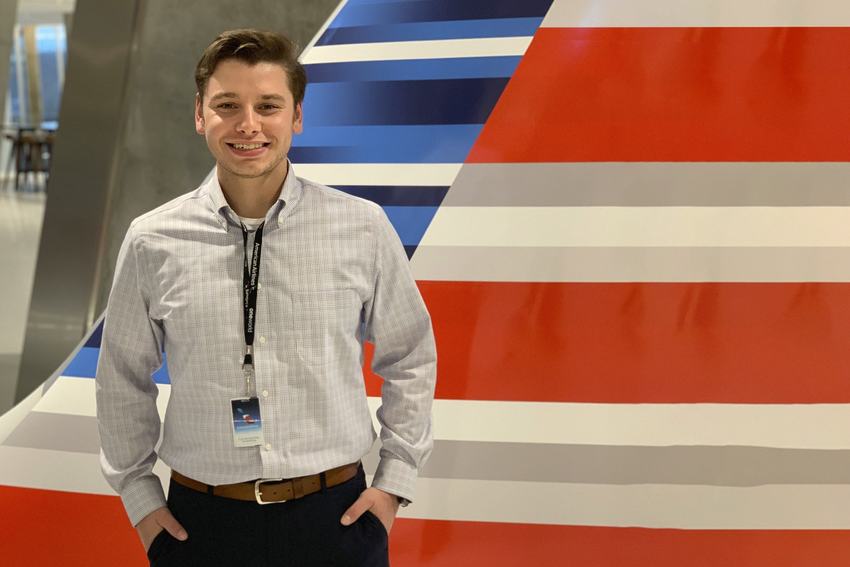 Students are always looking for their future careers to take off. For Bowling Green State University’s Noah Pyle, this is coming true in a number of ways; American Airlines selected him for an internship in Spring 2020.

“I was almost in disbelief when I had the position offered to me,” Pyle said.

Pyle graduated in 2017 from Perrysburg High School. He chose BGSU for its renowned aviation program and because it was close to home. During his sophomore year in high school, he toured the BGSU Flight Center, and he knew this was the school for him.

This internship did not come easily, and was highly competitive, with Pyle being one of three selected students; the others being from Purdue University and Auburn University. In order to gain the attention of American Airlines, he had to put in some serious work.

“This industry is very serious and requires a lot of responsibility,” Pyle said. “I’ve noticed my communication skills have grown as well as my overall knowledge of the aviation industry.”

And his work is not over yet. The internship, which began in January, takes place at the American Airlines world headquarters in Dallas and it runs for six months. As a flight operations Intern, Pyle’s work is geared toward pilots in training. He has the opportunity to work with senior pilots, flight simulators, and even visit American Airlines’ command centers.

Luckily, he has a great support system helping him along the way.

“We were beyond excited and proud when we heard Noah was chosen for the competitive internship,” said Sue Narra, Pyle’s mother. “This is truly his passion!”

Pyle’s mother and stepfather, Dr. Ravi Narra, have supported him greatly throughout the process, encouraging him to tackle the competitive internship. His stepfather has even more reason to celebrate, being a BGSU alumnus. Graduating in 1988 with a biology major and chemistry minor, Narra is a huge BGSU basketball fan and supporter of the school.

“The core science faculty at the time I attended was superb, and I felt that my education at BGSU and preparation for medical school was as good as any other school in the country,” Narra said. “I loved my time at BGSU. The aviation program seems to embody these same characteristics, and has done a great job in preparing Noah to fly. A program with an on-campus is a luxury that not many schools have.”

With a long journey both behind and in front of him, Pyle plans to continue working hard during and beyond his internship.

“Being in the aviation program for the past three years has changed me into a better man,” Pyle said. “After graduating from BGSU, I plan to build my hours as a flight instructor. I would like to get hired with one of America’s wholly-owned regional airlines.”

Pyle plans to graduate in 2021 and looks forward to his future career in the aviation industry.