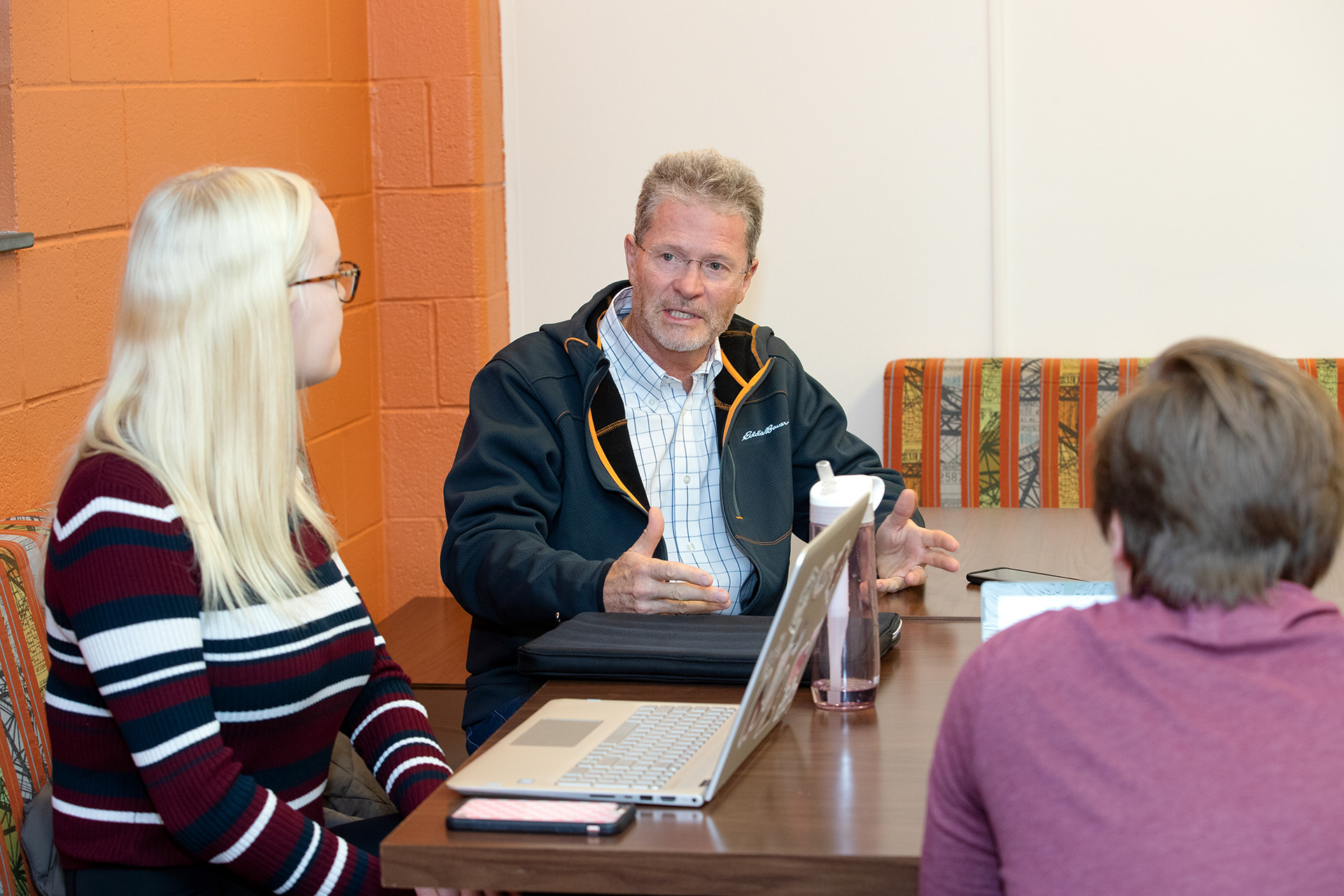 Successful Bowling Green State University alumni are everywhere, and in every line of work. That’s the message alumnus David Hainline, '83 shares with students in a new entrepreneurship class at BGSU.

“Don’t be afraid to reach out to our alumni — successful people are everywhere,” said Hainline, CEO of CSI DMC, a destination and event management company with multiple locations across the United States. “I went to school with a woman who was one of the first executives at MTV. Bowling Green graduates are everywhere.”

Hainline graduated in 1983 as a Radio, Television, and Film major, now known as media production and studies, and spent the next 16 years working in broadcast. While Hainline was a student at the University, he was on the men’s tennis team his freshmen year and rushed the fraternity Sigma Phi Epsilon, where he held the position of social chairman. He credits that role for getting a taste of event planning.

Even though he was the one who had some event planning experience in college, it actually was his late first wife, Jill McGregor-Hainline,  who started the business in 1987.

“My wife was a top sales person for a yellow page company and her boss was abusive,” Hainline said. “Her dad was an entrepreneur at the time and I was very successful at broadcasting. I came home one day, and she said, ‘I want to start my own company. I think tourism in D.C. is pretty big. Will you support me?’ I said, yes.”

In 2000, Hainline quit his broadcasting job at CBS and was hired by his wife to work for her event planning company. In 2010, when she passed away, Hainline took over. In 2012, he started to expand the company and CSI-DMC grew from a company valued at $10 million to a company worth more than $50 million.

Even though CSI DMC is a large and successful event management company, Hainline still has time — and the dedication — to visit his alma mater to make sure the next generation of entrepreneurs are ready to follow in his footsteps. That’s why he is leading a new entrepreneurship class offered here at BGSU.

The course, entrepreneurship and event planning, is a three-hour class taught once a week and is the first time a company has taught here at the University. Every week, a leader from CSI DMC travels to Bowling Green to teach students in the classroom. Hainline said the main purpose of this course is to have professionals from a company come in and share their perspectives on what it’s like to own and operate a company on a day-to-day basis.

“This class is about bringing in experts and having them share what they are experts in,” Hainline said. “Whether that’s the creative aspect of trying to win a piece of business, budgeting, marketing and what you look for in a location, legal contracts, venue space and so on.”

“The biggest thing I bring to this class is a professional approach to event planning,” said Hainline, who went on to say, whether it’s Microsoft, Honda or Cedar Point, all companies do events and they all need help planning and executing them.

His class is not only helping to better prepare students to be successful when they leave BGSU, but also to form a lasting partnership with Tourism, Leisure and Event Planning (TLEP) and the College of Business. This class is a great way to expose TLEP students to entrepreneurism and get business students exposed to the event industry.

“No matter what field you’re in, they all do events,” Hainline said. “The class is helpful for students who don’t normally think about events, to teach them what goes into to putting one on and what they are like. The best part of this is that you do not have to be a TLEP major to take this course.”

Every week is a different subject. One week, students will learn how you market a company; the next they learn the importance of social media.

“I hope students learn the love and passion of being an entrepreneur as I have,” Hainline said. “There is nothing like being able to take care of people and treat them with respect and grow in a business.”