I never imagined how much Sigma Phi Epsilon would impact my life when I first arrived at Bowling Green State University. As an international student from Brazil, I had no idea what being part of Greek Life meant besides the stereotypes that I had seen in movies. Still, I decided to join SigEp and form my own opinion of what being part of a fraternity entailed.

Every year a dozen SigEp members are selected on a national level to be taken to Greece for a period of 10 days. As the first one in my chapter to be selected to receive the Tragos Quest to Greece Scholars Award, I was extremely excited to represent BGSU along with our Ohio Kappa chapter. Moreover, I was happy to have the opportunity of having stories from the Quest and motivate my fellow SigEp brothers at BGSU to strive for a similar experience while being part of our chapter. 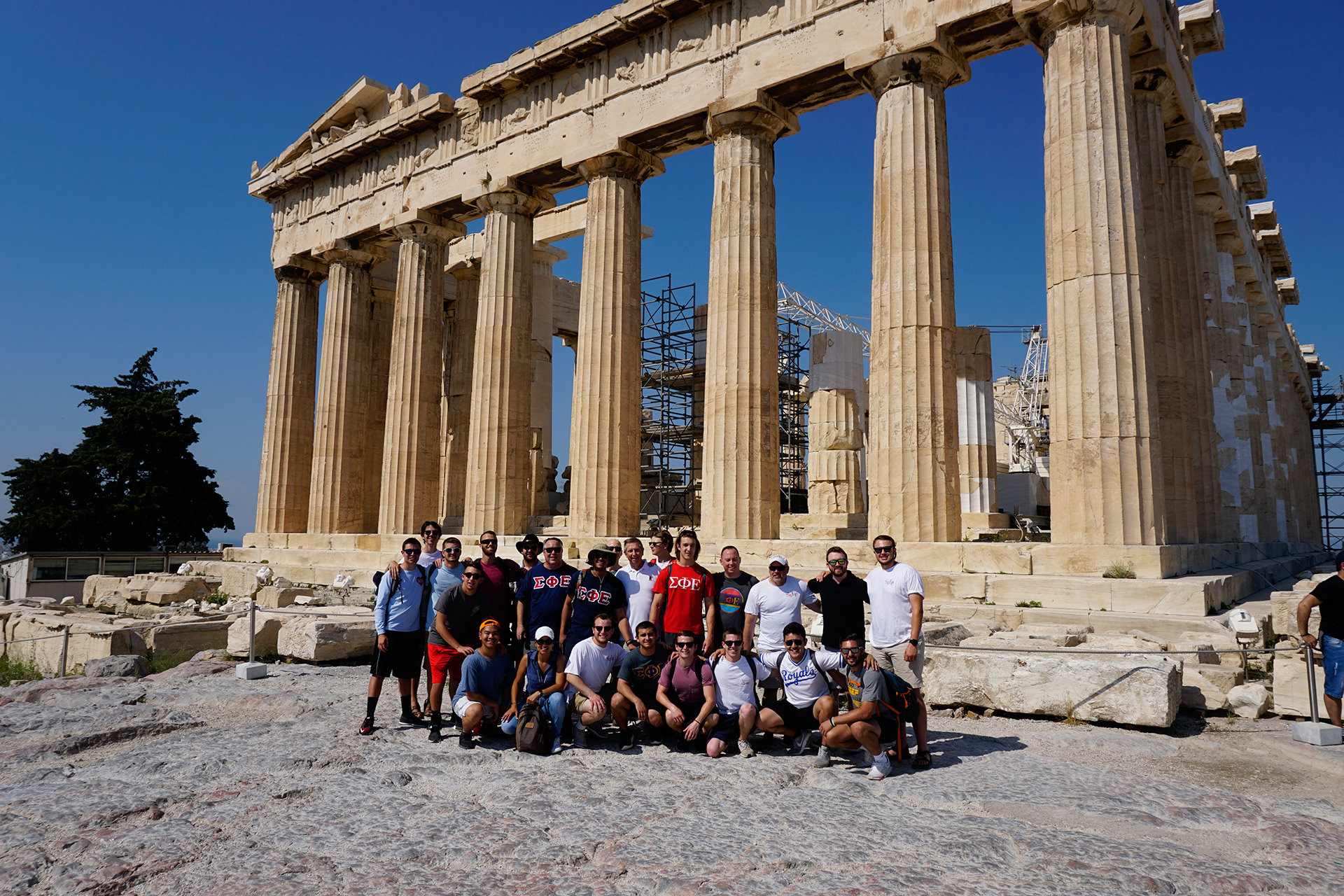 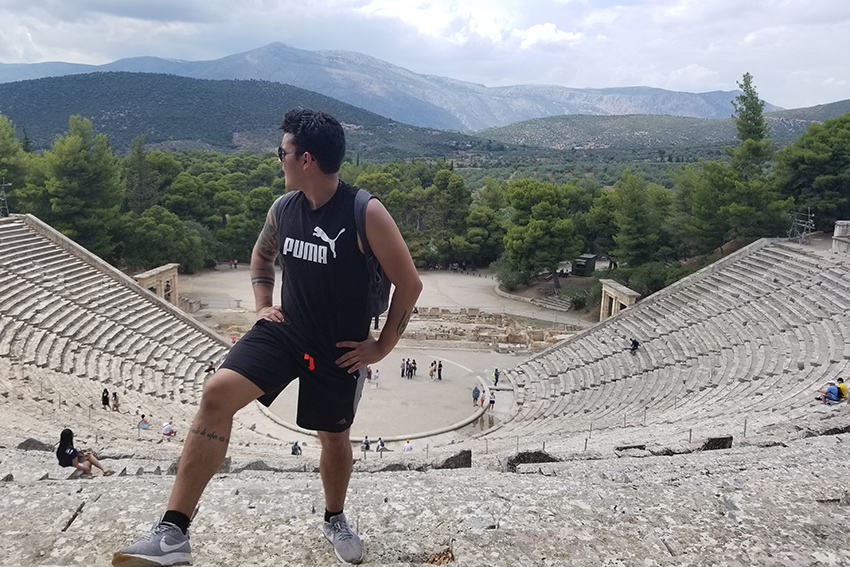 We landed in Athens after entering Europe through Rome. As soon as we landed, we met our tour guide for the week, Matina, and went straight to the Temple of Poseidon in Cape Sounio. During the week we held morning sessions with Dr. Cline, a professor on classical studies and religion from Texas Christian University, on Greek history, philosophy and theology. Throughout the day we went sightseeing with our mentors, Matina and Dr. Cline. During the days following Cape Sounio, we went to Eleusis, where the Temple of Demeter is located; Corinth, where we hiked the Acrocorinth; Nafplion, Mycenae, where we visited the tomb of Agammemon; Asklepion, the theater at Epidarus; Olympia, where we walked through where the old Olympic games were carried; Nafpaktos, Delphi, where we visited the Temple of Apollo and the location of the Oracle of Delphi, Loukas Monastery near Delphi; and Athens, where we took a bus to Acropolis to tour the Parthenon and Agora.

Because of what it stood for and what it represented for the Greek people, Delphi was one of my favorite places. Within the Greek culture, Delphi is famous for being the place that became the center of the world after Zeus released two eagles from both ends of the world and they crossed paths on Delphi, where Zeus released an egg-like rock, the omphalos, marking it the center of the world. The temple of Apollo was built around the rock on top of a mountain, and the oracle of Delphi stayed under the temple.

From the temple of Apollo, we were able to see all the way through the mountain into the sea. We could see all the path and pillars that the peregrines walked through in order to reach the Oracle and ask for advice. I kept imagining the ships docking with families, chariots arriving to the bottom of the mountain with offerings and generals from all over Greece meeting before every conflict in order to ask for the oracle’s approval or advice. Altogether, it not only reminded me of our chapter’s relation with a chapter counselor but also how every member comes great lengths to arrive to a university to find something meaningful there.

I could not help but wonder what the local people from Greece had in mind when they saw a group of young men wearing Greek letters walking through the city. I kept thinking that, like many other people, they had a stereotype in mind that was created by the media or years of traditionalism, a stereotype that I also believed in when I first encountered when I enrolled in college.

However, throughout those 10 days I learned what being part of a “Greek Community” means, or at least what our SigEp founders sought out to create when they first started the fraternity. I was able to learn through the roots of an ancient and mesmerizing civilization what the value of our three pillars — virtue, diligence and brotherly love — truly mean and how to portray that with those in my chapter and throughout my life with the people around me.

I am aware that Greek life in the United States means different things for many different groups, and that a lot of people do not live by the values of the organizations that they join. However, this experience opened my eyes to acknowledge and act on any indifference that I might encounter within my career in Greek life. Most important, during recruitment, we invite young men to “go Greek, and join Greek life,” and now I understand why we tell them to go Greek.

Matheus Peraci is an applied health science major with an interest in pre-med and international politics. After graduation, Peraci plans to attend medical school and hopes to work in health care in crisis areas.