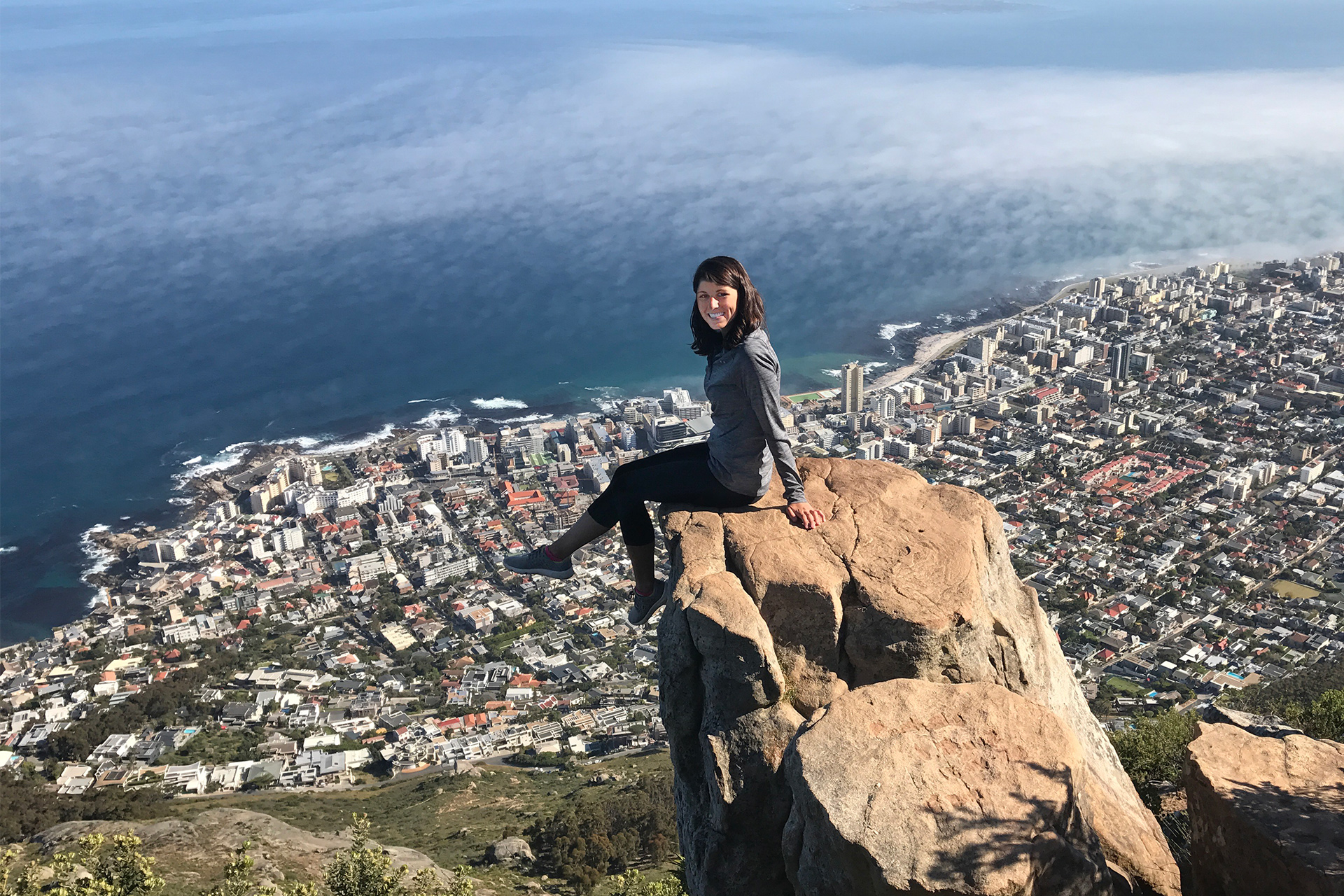 Semester at Sea changes how BGSU student ‘lives her life’

Usually the only sharks or elephants that students encounter during their time at Bowling Green State University are the opposing teams' mascots at sporting events.

Not so for junior Allie Laber of Stow, Ohio, who spent the fall semester aboard a ship in one of the many education abroad programs the University offers students.

During the three-and-a-half-month Semester at Sea, students take classes on a cruise ship, which is basically a floating campus, while traveling to 10 or 11 countries. They get to spend up to six days in each country they visit.

Laber, a psychology major and a member of the Honors College, said her time spent aboard the floating campus and visiting other countries helped her form a more worldly point of view.

"I think it really helps with the understanding of people of different cultures and places," she said. "You put yourself in their shoes and, since ultimately I want to go into counseling, this will help me understand world views and perspectives in order to help people by not just using my own view I had before this experience."

About 560 students, representing 47 of the 50 states and several other countries, boarded the cruise ship in Germany. From there, they visited Spain, Ghana, South Africa, India, Myanmar, Vietnam, China and Japan. On the way to the United States mainland, the cruise ship made a day stop in Hawaii.

"My favorite experiences were in South Africa because I did a bunch of adrenaline-rush type of things like bungee jumping, skydiving and shark cage diving," said Laber, who visited the Taj Mahal and the Great Wall of China, among other landmarks. "But my favorite country was Myanmar because of the people there. What I learned through the whole trip was the people you meet and the relationships you form within each country really make for a great experience.

"The people of Myanmar were always willing to help, which is kind of ironic because in the news now you hear about a lot of violent things going on there, but, thankfully, we weren't in any of those areas. To me, it seemed like a very peaceful country, which I know is not always the case. But I did get to play with elephants there, so that helped."

There was plenty to do on the ship as well.

"We were in class every day we were on the ship, so there's no weekends off or anything," she said. "Every space on the ship became a classroom, even the dining rooms. I took four classes on the ship. I had two each day and it worked out really well. Each class was geared to the country that we were headed to next, so we'd talk about current issues going on in that country.

"I was in a student organization, Waves of IMPACT, which included a donation drive," she said. "They showed movies all the time on the boat because we had no internet, so they had game nights and karaoke. Anything that you can do without the internet, we did."

Not being connected to the internet 24/7 was an unwanted reality at first, but Laber soon adjusted.

"At first I hated not being on the internet, but I learned to appreciate it because the relationships I made with people on the ship are so much deeper," she said. "I feel like I've known them my whole life because we would actually talk at meals and wouldn't always be on our phones. I really learned to like the disconnection."

Laber has only partially reverted to her old habits now that she's back on campus.

"I have my phone with me all the time only because I feel like I have to, but I don't use social media and stuff nearly as much as I used to — but I'm trying not to fall back into old habits. At dinner, I leave my phone somewhere else and stay in my 'ship life ways.'"

In each country there essentially was a field trip, where the students learned something associated with that country.

"For my adolescence psych class, for example, we learned about puberty and the struggles adolescents go through in Ghana, and we actually got to go to the school in Ghana and help teach them," she said. "For my women's studies class, we were learning about the struggles women in India went through to help create social change, so then we went to an organization in India to learn about that experience."

Laber is using her field experience as the foundation for her Honors project.

"At one of the schools I got to visit in Ghana, I actually partnered with them to plan a fundraiser and then help educate their teachers," she said. "That way they can better educate their students, because that's one of their issues that came up while we were there: the students said teachers weren't educated, and so then the students weren't getting the education they needed."

Laber said she would recommend a Semester at Sea to any student looking to study abroad.

"It was the best decision of my life," she said. "The motto on the ship was It's not a cruise, it's a voyage. It gave us so many different perspectives on our world, and six days ended up being the perfect amount of time at each place. My favorite part was actually being on the ship. Not having internet and living with your professors and deans, it was just such a close-knit environment that I'll never be able to get anywhere else.

"It changed my perspective on how I live my life."