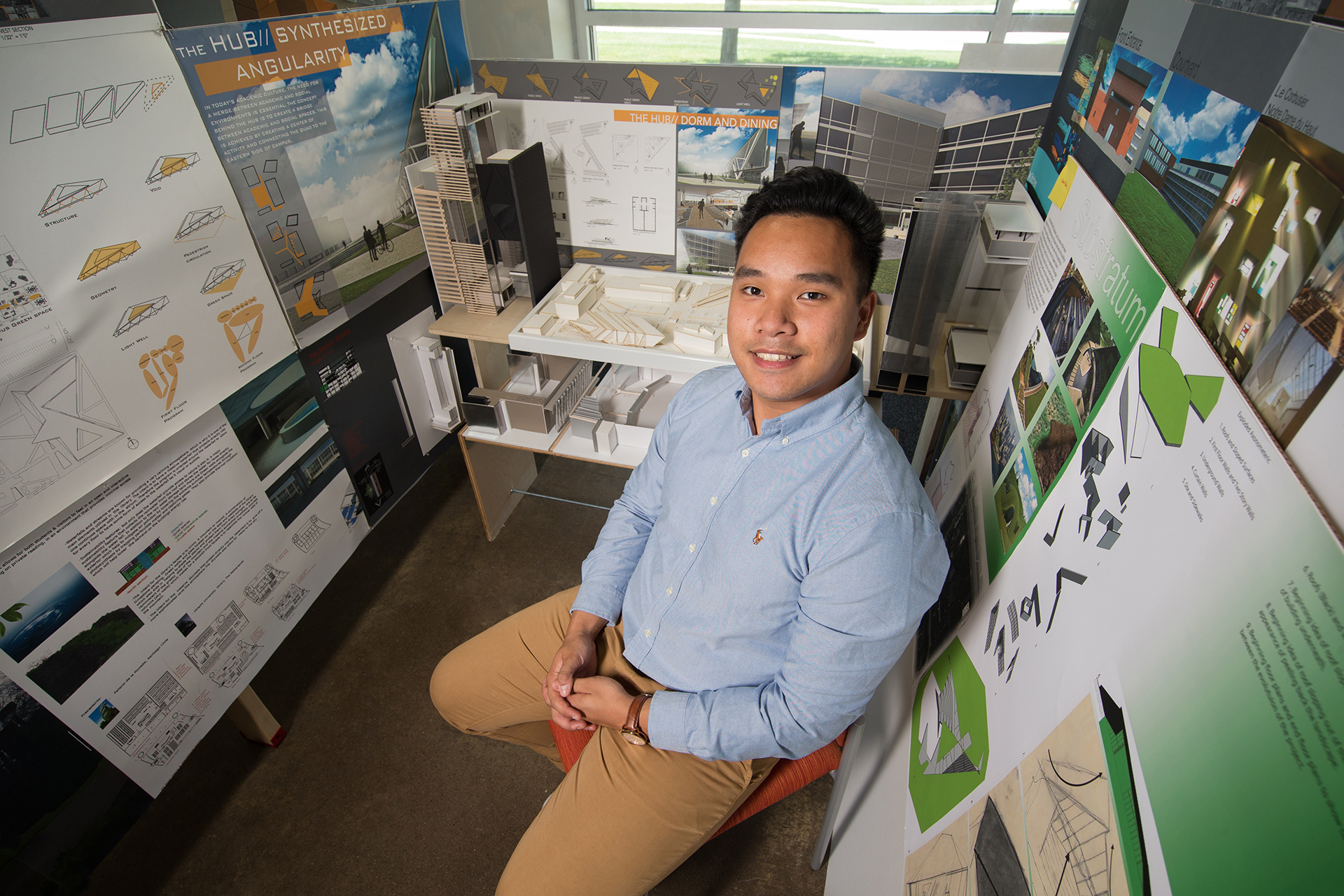 Khoa Truong was born in Vietnam and emigrated with his family to the United States and settled in the Cleveland suburb of Mentor when he was 9 years old.

Truong’s father and grandfather were both carpenters in Vietnam and he grew up taking art classes through grade school and high school. When deciding on what to study in college, he figured architecture was the perfect blend of his family’s background and his talents.

“Growing up, I was always involved in buildings and houses and construction, so I thought I could combine my artistic skills with construction and find a happy medium — that’s why architecture is right in the middle for me,” he said.

He chose Bowling Green State University, without ever stepping foot on campus, because he had heard good things about it from friends. After seeing pictures of the University and videos from YouTube, he was just about convinced BGSU was the right place for him. Once he learned that influential architectural designer Alex Hogrefe ’07 was an alumnus, that sealed the deal.

“I did some research and found one of the guys who went here is Alex Hogrefe, who has gone on to do great things in architecture,” Truong said. “I figured, if he went to BGSU and his portfolio is that good, I want to come here too. Now, he’s one of the leading architectural and visualizers in graphics. That’s who I inspire to be.”

Truong said BGSU met his expectations when he first arrived on campus: It wasn’t too big or too small and it put enough distance between him and the Cleveland area. But it was his sophomore year when he discovered how valuable studio time would become as an architecture major.

“In our second year, we started spending five to six hours a day in the studio,” he said. “Third year, it was even more, including the weekends. I started to work less outside the studio and more inside the studio. And by the fourth year I had developed the work ethic I know I’ll need in the professional world.” 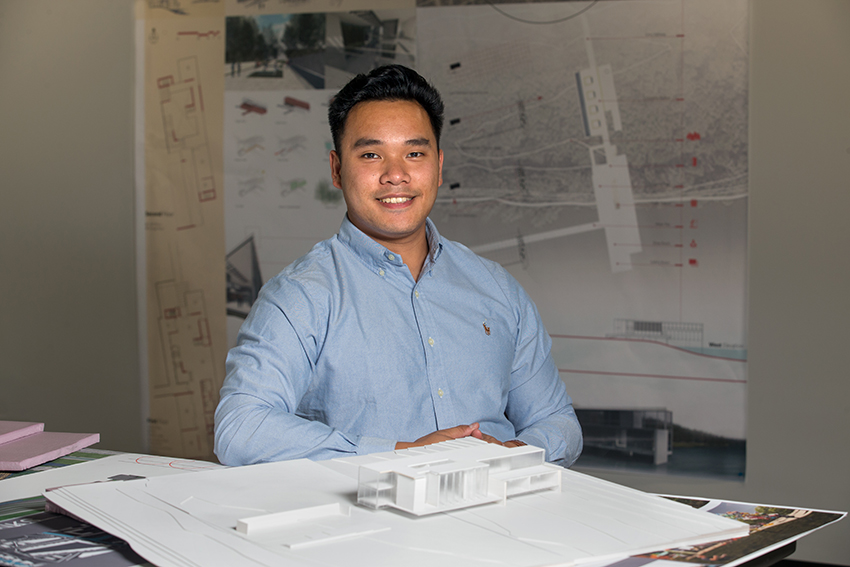 Truong wants to concentrate on the graphic design and visualization side of architecture.

“What I realized in my time at BGSU is I love architecture, but I don’t like everything else about it other than the artistic and design part,” he said. “That’s what really got me thinking about the graphic design part of it, which is what Alex Hogrefe is doing. That’s what I want to do because you’re still dealing with architecture, but you’re doing everything on this artistic and graphic level and it allows me to be more free. My long-term goal is to have my own firm somewhere that does graphic design and photography for other architectural firms.”

Truong worked for BGSU Design and Construction for about three years, and is thankful for the experience that will separate him from others in the workforce.

“Working for BGSU was good because I got to do maps and CAD floor plans and stuff I wasn’t doing in the studio,” he said. “My boss eventually gave me other projects to do like surveying and doing renderings and 3-D models for buildings on campus and other custom maps for marketing. I ended up doing a lot more than what I was hired to do. I think that really helps me with putting myself out there more because I’ve had experience in these other areas.”

Truong also got to witness the transformation of BGSU’s campus during his enrollment. It also proved to be invaluable.

“I got to see a lot of changes, from buildings being torn down and new buildings being put up,” he said. “It’s good to see all of those changes from an architectural standpoint and knowing that I was able to help a little bit to change some of it is pretty cool. Seeing the designs for University and Moseley halls — that was amazing. It was great to learn that you’re just not building new all the time; sometimes you have to restore.”