Leading the way with data

Saranga Komanduri ’05, ’07 is driven by his computer science degrees 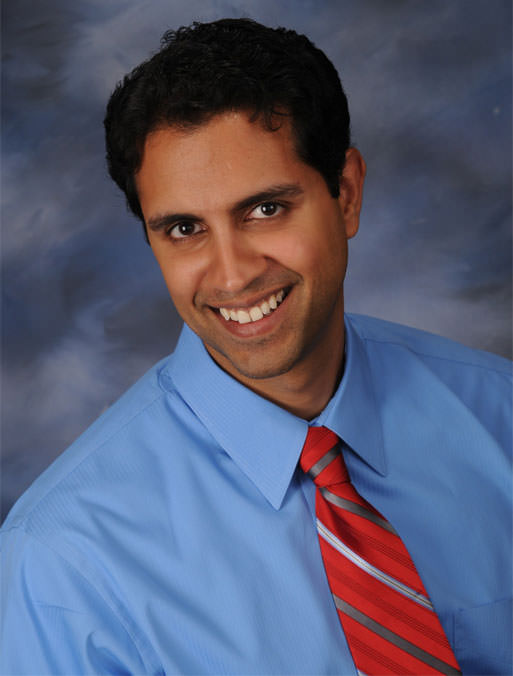 Saranga Komanduri ’05, ’07 had been infatuated with computers since he was 5 years old, but it wasn’t until his late 20s that he decided to get serious about going to college.

Komanduri, who grew up in Perrysburg, Ohio, earned bachelor’s and master’s degrees incomputer science and minored inmathematics andbusiness administration at Bowling Green State University. Komanduri, who had internships at Google and Microsoft Research, went on to get his doctoral degree in computer science from from Carnegie Mellon University in Pittsburgh.

Today, Komanduri is technical lead at Civis Analytics in Chicago, helping to build its data-science platform. At Civis Analytics, which has more than 100 employees, he leads a talented team of software engineers who maintain and build some of the core architecture of the company’s program.

Civis Analytics has its roots in politics. The company’s CEO, Dan Wagner, was chief analytics officer for the 2012 Obama re-election campaign, where data science was used to direct campaign efforts to the areas of the country where there was the highest probability of success, Komanduri said. The strategy caught the attention of Eric Schmidt, who at the time was executive chairman of Google, and he provided initial funding for the company.

“We now use data science to increase the adoption of clean energy and awareness of the refugee crisis, and more commercial things like helping companies determine where to spend their TV advertising budget,” Komanduri said. “Our platform allows organizations to build their own data-science workflows that run entirely in the cloud.”

Komanduri said there's a distinction between simple analytics, in which data is summarized to learn more about what currently is going on, and data-driven decision making, which tries to predict a particular decision.

“For example, imagine you are running a hospital and you use analytics to determine which doctors have the worst patient outcomes,” he said. “You identify the lowest 10 percent and let them go, but then you find that patient outcomes get even worse.”

How is that possible?

“It turns out that sometimes the best doctors have poor outcomes because they take on the hardest cases — and now you've let some of your best people go. To figure this out, you actually need more data and a more sophisticated analysis. You need to do an experiment, or see what happens when a doctor goes on vacation, to get the whole story.”

This is where data science can help, Komanduri said. Civis Analytics helps companies run experiments and gather data from multiple sources to get the right insights from their information.

Even though Komanduri finds algorithms fascinating, the end goal is to solve problems, and that is the most satisfying part of the job — even when he worked at Bowling Green.

“When I worked in the Technology Support Center at BGSU in 110 Hayes Hall, handing back a fixed computer with the user's data intact was the most rewarding thing about the job,” he said.

Before Komanduri enrolled at BGSU, he thought computer science was just about programming, but he learned there’s so much more to it.

“Algorithms can be used to solve huge problems, but you have to learn a lot of fundamentals before you can do interesting things,” he said. “Once you make that investment in your future, you reach a point where you can solve problems quickly and automate away whatever you find boring.”

Komanduri said he enjoys working at Civis Analytics, which from its inception has made collaboration a part of the workplace.

“Tech companies have embraced the use of technology to facilitate collaboration,” he said. “Greater collaboration can lead to better products, but you have to be willing to accept a cost in productivity. If multiple teams are working on a single feature and don't collaborate, you'll end up with something that works like it was designed by a committee. On the other hand, the cost of collaboration is that it might take longer to get the feature out the door.”

“It can make it much easier to schedule meetings, and we use polls to decide if a meeting is even necessary,” he said. “We also use a chat application to get answers to simple questions, outside of scheduled meetings, but this has a cost in the interruption of others' work. Many companies have decided to accept the cost of increased communication, but you have to decide how much of it you need.”

Komanduri lives in the Chicago suburbs with his wife, Pradipta, and son, Shreyas.