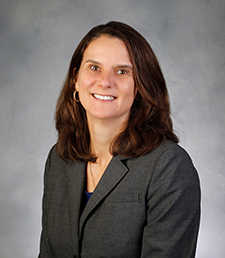 Dr. Wendy Manning, Distinguished Research Professor of sociology, is president-elect of the Population Association of America (PAA). She was elected to the position at the association’s recent conference.

“I am honored and excited about the position,” Manning said. She has been actively involved with PAA, serving on several committees, as a member of the board and as vice president. She credits the visibility and strong reputation of BGSU and her colleagues as an important factor in winning the election.

Manning is a family demographer; her research examines how family members define and understand their obligations to each other in an era of increasingly diverse and complex family relationships. She led the research for the ASA Amicus Brief filed to the U.S. Supreme Court in same-sex marriage cases. She has examined the meaning of cohabitation with her work on the measurement of cohabitation, fertility in cohabiting unions, the stability of cohabiting unions, transitions to marriage and implications of cohabitation for adult and child well-being. Her work has focused on adolescent sexual decision-making as well as the patterning and quality of young adult relationships.

“This is a significant achievement in Wendy's exceptionally distinguished career,” said Dr. Susan Brown, NCFMR co-director with Manning and chair of the Department of Sociology. “Simply put, she is a luminary in demography. Her election as PAA president affirms the high esteem and regard she has earned in the field of population science. It's a tremendous honor to have her as our colleague here at BGSU.”