There’s nothing odd about Ryan and Kristin Scott’s passion for beer and business.

The name of their brewery, located in the Boulder suburb of Lafayette, has a Midwest area code connection. Ryan ’01, ’03 is from Flint, Mich., which used to have a 313 area code, and Kristin ’02, ’03 grew up in Cincinnati, which has a 513 area code. Both area codes start with odd numbers and contain the number 13.

“We actually met on the Bowling Green ski team back when that was a thing,” Ryan said. “I was a junior and she was a sophomore. We got married in 2004.”

Ryan started homebrewing as a hobby in 2008, when the couple lived in the Chicago area.

“Basically, he really got into homebrewing and he kind of coerced me into liking beer,” Kristin said. “As a consumer, I really enjoyed drinking his beer, but I really didn’t get into the brewing aspect of everything.”

Meanwhile, Kristin, who earned a Bachelor of Science in business administration (BSBA) and an MBA from BGSU, was a market analyst for BP in Naperville, Ill.

“I loved it, but at a certain point I was over the whole corporate culture thing,” Kristin said. “We had two kids (Madison 11, and Tanner, 8) and I wanted to take some time off to raise them. Then once they started school full time, I was ready to take on something new. 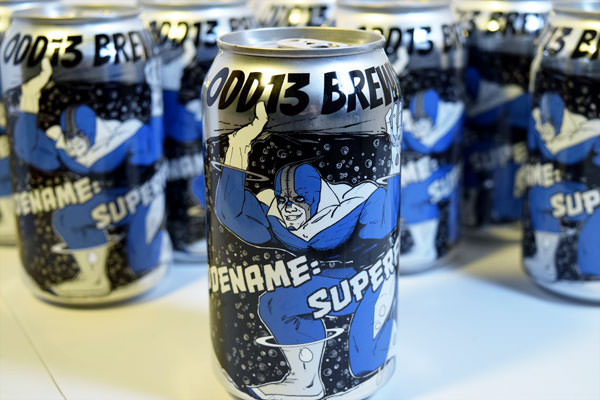 Cans of Codename: Superfan“With a business background, I’ve always been interested in starting something from the ground up. I just didn’t know what it would be. And then when Ryan was really into homebrewing and making some awesome beers, I was thinking I could do more of the marketing/business side of things and he could focus on brewing. And, literally, it sprung from there. We got some family investors upfront to fund the business, and things have been taking off like crazy.”

The Scotts had moved to Colorado in 2010. They opened Odd13 brewing in August of 2013, which oddly enough didn’t factor into the brewery’s namesake.

Ryan has a Bachelor of Science and a Master of Science in computer science from BGSU. He said he was really immersed in the science of making beer, as well as the art of it.

“I did a lot of research and some of it would touch on the commercial aspects of brewing as well,” Ryan said. “So we had a pretty good understanding of the industry before we got into it. It was definitely a leap of faith to move into this industry with no experience, but it worked out pretty well for us.

“I thought that opening a brewery might be something fun to do when we retired, or something along those lines. Of course, Kristin caught the entrepreneurial bug and thought we could make it happen quite a bit sooner than that.”

Ryan said Odd13 has made more than 100 styles of beer since it opened, and features three year-round beers and a broad array of seasonal selections. The brewery expanded in January from its original 10-barrel system to a new, 30-barrel production line.

“Our brewing philosophy is, we specialize in progressive hops and progressive hopping and progressive fermentations,” Ryan said. “By that I mean using hops in a way that is not necessarily the way they have been used all along. We make a lot of IPAs, but our IPAs are not as bitter as many traditional IPAs. We focus a lot more on hop flavor and aroma. With progressive fermentation we can make quite a few sour beers as well with a lot of fruit and heavy hopping. Really, those are the two styles — hoppy beers and sour beers — that are the hallmark of our brewery.” 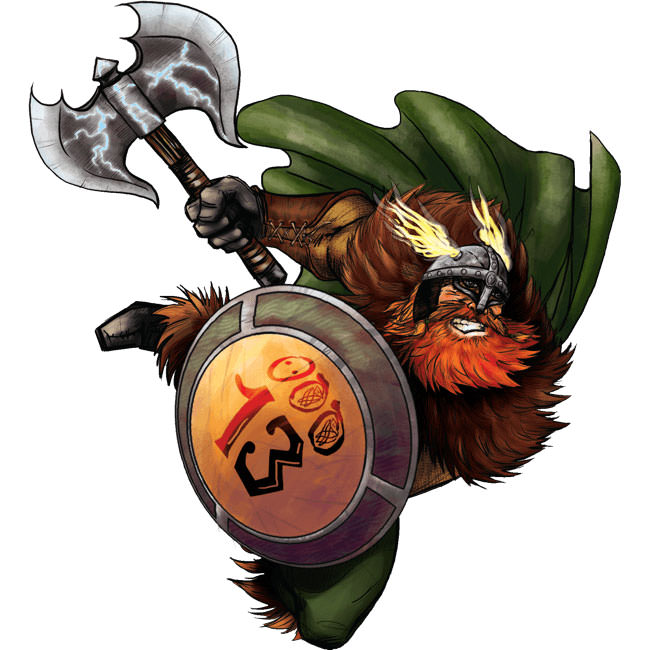 Eric the RedBesides the quality of the beer Odd13 makes, the packaging also stands out. Each beer has its own superhero-type character to go along with its standout name. In addition to Codename Superfan, there are beers named Eric the Red, Boulder Brett and Hawaiian Bartender, etc.

The idea is to catch the consumer’s eye.

“I was really into comics growing up,” Ryan said. “I reached out to a friend who still lives in Michigan for some artwork for us. Even if your beer is really good, if you’re not a known product in a liquor store, you have to get creative. [The pairing of our beer names and art] is often humorous, but not always. As a new brewery startup without a lot of marketing money, being creative is necessary.”

The Scotts said they can trace the roots of their success back to Bowling Green, Ohio.

“For me, just with the business classes I took there, a lot of the strategy classes and marketing classes were really great,” Kristin said. “Overall, just having that solid business background, I think I was able to relate that directly to business planning, forecasting and things like that. I learned all that at Bowling Green.”

As for Ryan, he said he developed invaluable skills outside of the classroom that have proved to be a great asset in running a brewery.

“I was the captain of the ski team at the end of my freshman year, I was an officer in my fraternity, Lambda Chi Alpha, and that really helped me learn how to be an effective leader,” he said. “We have an excellent staff and I think we have a really positive work environment. It’s a place where people really enjoy working and I think a lot of it comes from my involvement in the campus organizations I was involved with when I was at Bowling Green.”