Class of 2016 Success Stories: Fired up for BGSU online program 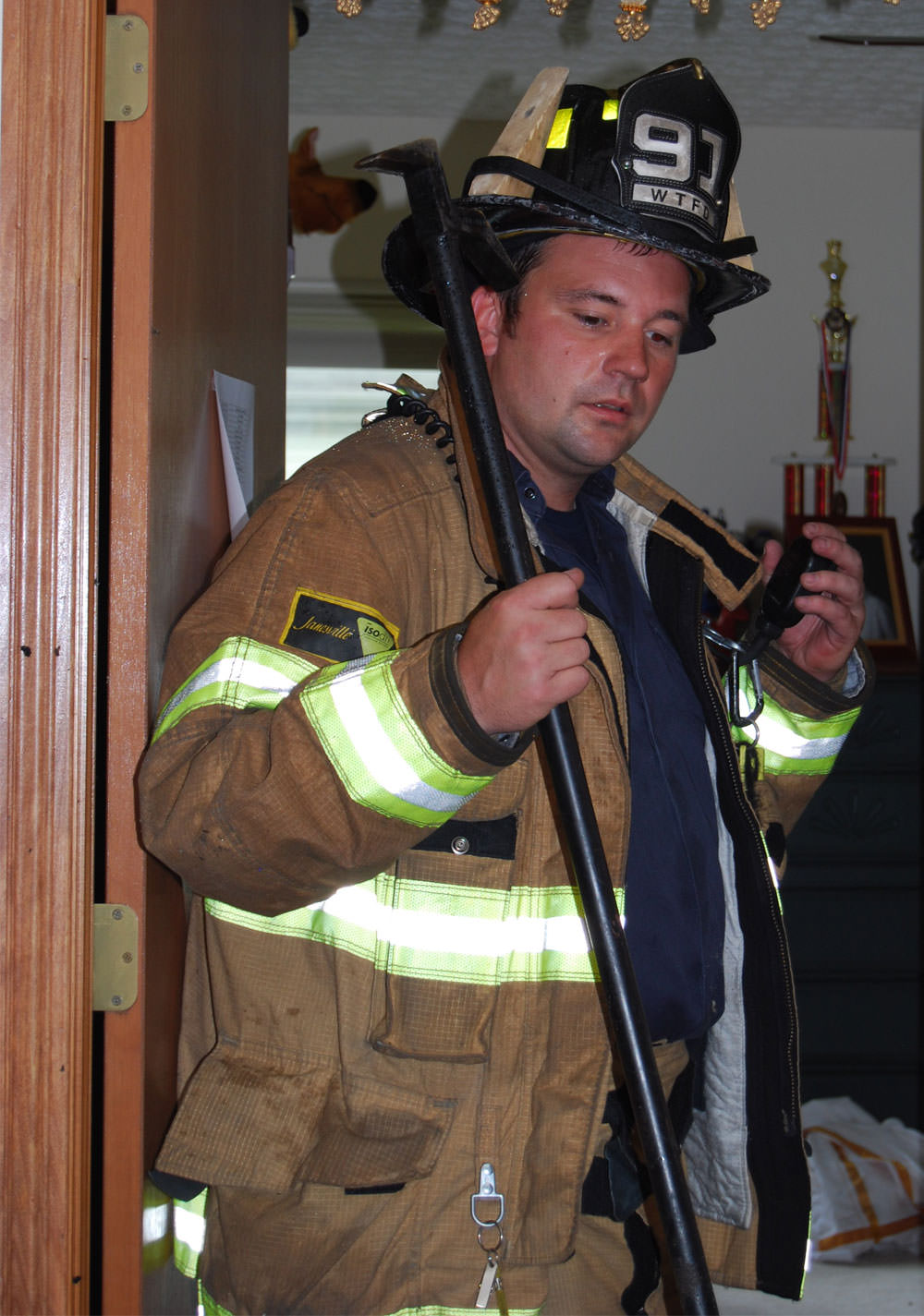 When Adam Smith stepped on stage at the Stroh Center to accept his diploma August 6, it was his first time on the Bowling Green State University campus.

Smith, 40, decided to go to BGSU to enhance his fire-service career.

“I started at BGSU right after I got my first promotion because I kind of saw that as time goes on I’m going to need a bachelor’s degree to continue my career goals and pursue further promotions,” Smith said. “My first promotion was lieutenant, which did not require a degree. A year ago, I got promoted to captain, which required at least an associate degree. And then anything in the future at the chief level of officers’ spots will require a bachelor’s degree.”

The fire administration curriculum debuted at BGSU in 2011 as a program in the Department of Political Science. It emphasizes communication skills, legal aspects of fire and emergency management, public health, interagency coordination of large-scale events, strategic planning, fiscal responsibility, critical thinking and applied research and analysis.

Plus, Smith said, his fire administration degree should translate pretty easily to public administration if he does decide to take that route someday — “but that’s not where I’m at at this time.”

Smith’s father also was a career firefighter, retiring as a battalion chief a little more than three years ago. The younger Smith, however, didn’t own up to his career calling in the beginning.

“Actually, in that little boy stage when everybody wants to be a firefighter, that’s when I resisted it,” he said. “I didn’t think it was that interesting when I was a kid, but early in high school is when I made my decision — I knew what I was going to do.”

Now that he has a fire administration degree, he can continue to follow in his father’s footsteps.

“Having a bachelor’s degree is a requirement to become a battalion chief in our department,” Smith said. “The coursework in the program is steered toward current-day, fire-service leadership.”

Smith said one of the main areas of concern today in fire service is the mental health and well being of firefighters and EMS personnel, and his coursework helped him learn how to help and recognize issues.

In addition to having a busy career and a full slate of classes, Smith and his wife, Marla, have two young children, Wilson, 2, and Lydia, 1.

“I’ve had two kids in the last three years, so it’s been a very insane three years — very high stress,” Smith said. “I was taking textbooks to the hospital and everything else. When my son was born on January 17, he was born three weeks into the semester, and in those three weeks I worked two weeks ahead so I didn’t have to worry about it.

“It was probably psychotic planning on my part to do all of this at once. On my days off from the firehouse, I’ve got the two babies running around the house and trying to do that and the schoolwork, but I never took a semester off.”