Dr. Arnold Rampersad ’67, ’68 has received myriad honors over the years, including the MacArthur Foundation Fellowship in 1991 and National Humanities Medal from President Barack Obama in 2011.

“It was very surprising and it felt very good because I have some connection to both universities,” said Rampersad, who received a doctorate in English and American Literature from Harvard in 1973 and did most of his research for his biography on Langston Hughes at Yale. “It was gratifying to go back to both places to get such a high honor, which I really did not expect from either one of them.”

A biographer, a literary critic and a professor emeritus of English and humanities at Stanford University, Rampersad received bachelor’s and master’s degrees in English from Bowling Green State University. He was named a BGSU Distinguished Alumnus in 1992 and one of the Prominent Alumni in 2010. The University also granted him an honorary doctorate in 1995.

Rampersad is a native of Trinidad and Tobago who moved to the United States in 1965 to attend BGSU. He is best known for his award-winning biographies: “The Art and Imagination of W.E.B. DuBois” (1976); “The Life of Langston Hughes” (two volumes, 1986 and 1988); “Days of Grace: A Memoir,” (co-authored with tennis legend Arthur Ashe, 1993); “Jackie Robinson: A Biography” (1997); and “Ralph Ellison: A Biography” (2007). He has received the National Book Critics Circle Award and the National Humanities Medal and fellowships from the J.S. Guggenheim Foundation and Rockefeller Foundation.

Last year marked a half-century of living in the United States for Rampersad, who recalled flying into New York in 1965 and visiting Chicago before “starting my university life at Bowling Green.”

Rampersad was first inspired to delve into historic American lives while at BGSU. 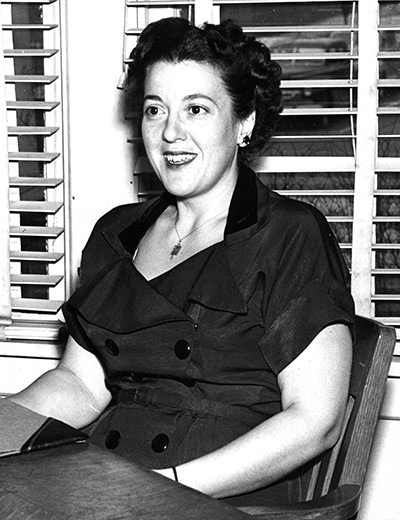 Dr. Alma Payne " I studied under [Dr.] Alma Payne, who was the head of American Studies, and she taught me about the mid-19th Century in the United States — the time of Emerson, Whitman, Thoreau and others,” he said. “During that period you’re dealing with all sorts of historical and cultural and other factors. I was drawn to that sort of background rather than analyzing poems and other stuff. That led me to biography.”

Around 1970, Rampersad turned his attention to African-American literature while attending Harvard.

“I began to realize that very little had been done on the personal lives, biographies in particular, of African-American writers so that it was like a complete void almost,” he said. “The same people — mainly Frederick Douglass — had been the subject of biography after biography. The intimate fabric of black life and black culture had not been at all discussed or analyzed or presented as a backdrop to the creation of literature.”

Rampersad was drawn to writing about Du Bois to tell the fuller story of his life. The focus of Rampersad’s dissertation changed to Du Bois’ literary work and the novels that he wrote.

“He was not a famous novelist, but he wrote short stories and poems and he edited a magazine that had a strong literary bent,” Rampersad said. “One thing I noticed then when I read the current books on Du Bois was that they didn’t seem to capture the complexity of his life and his background. They did not capture the complexity of his achievement or appreciate what he had written because I think that background had not been properly represented.”

In writing “The Art and Imagination of W.E.B. DuBois,” Rampersad was able to tell a more robust story of Du Bois, “a kind of intellectual biography,” which he said led to other biographical studies.

Looking back on his career and his time spent in northwest Ohio, he said he can’t stress enough “how much I was influenced and inspired by my work at Bowling Green with Alma Payne. When I was there I did my master’s thesis on the Melville novel. I wouldn’t say it’s the greatest book I’ve ever written; it might be the worst book I’ve ever written. But it was gratifying to engage Melville and engage these other authors and understand the complexity of cultural nationalism.

“Really, that’s what produced American culture in the ’40s and ’50s and even the ’30s. They did have this upsurge in cultural nationalism where people began to claim as Whitman did on the specialness of American life, and Emerson famously said ‘We have listened too long to the courtly muses of Europe and must become more American.’

“Payne introduced me to all of that, and that has remained the foundation of my intellectual life.”