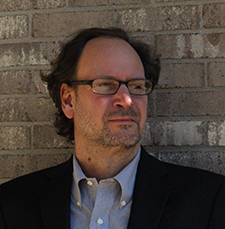 Dr. Albert Dzur, political science, has a vision of democracy that is inspiring people around the world to take a new look at the ways in which work can be organized and ethical decisions deliberated. Dzur calls this “democratic professionalism,” in which power is shared rather than hierarchical and social change is accomplished, not from above or by one-time movements, but in the daily business of life.

He has researched and written extensively on the topic, including the books “Democratic Professionalism: Citizen Participation and the Reconstruction of Professional Ethics,” published in 2008 by Pennsylvania State Press, “Punishment, Participatory Democracy and the Jury,” published in 2012 by Oxford University Press, and a recent series for the Boston Review called “Trench Democracy: Participatory Innovation in Unlikely Places.”

Dzur contends that while professionals such as doctors, judges or educators bring valuable specialized knowledge to decision-making and planning processes, the wisdom and experience of laypeople can be equally important. He advocates for spaces in which public deliberation can take place and presents compelling examples of change brought about by what he calls “load-bearing” citizens. They are those who are doing the work of transforming neighborhoods and schools, helping provide justice for those denied it, and helping gain broader access to health care.

This democratization can also take place within the professions. Dzur’s research is being used as a framework for a two-year series of seminars called “Re-imagining Professionalism in Mental Health: Towards Co-Production,” held at Leeds and Oxford universities. Sponsored by the Economic and Social Research Council, one of seven research councils in the U.K., the series will focus on new approaches to mental health care that will embrace co-production, or authentic power-sharing, among service users, caregivers and professionals.

Five organizations devoted to mental health will participate in the series, representing service providers, caregivers, public organizations and academics from a variety of disciplines.

The hope is that by building bridges between the various players in the mental health care arena, everyone will benefit and professionals can find a way to be both democratic and professional.