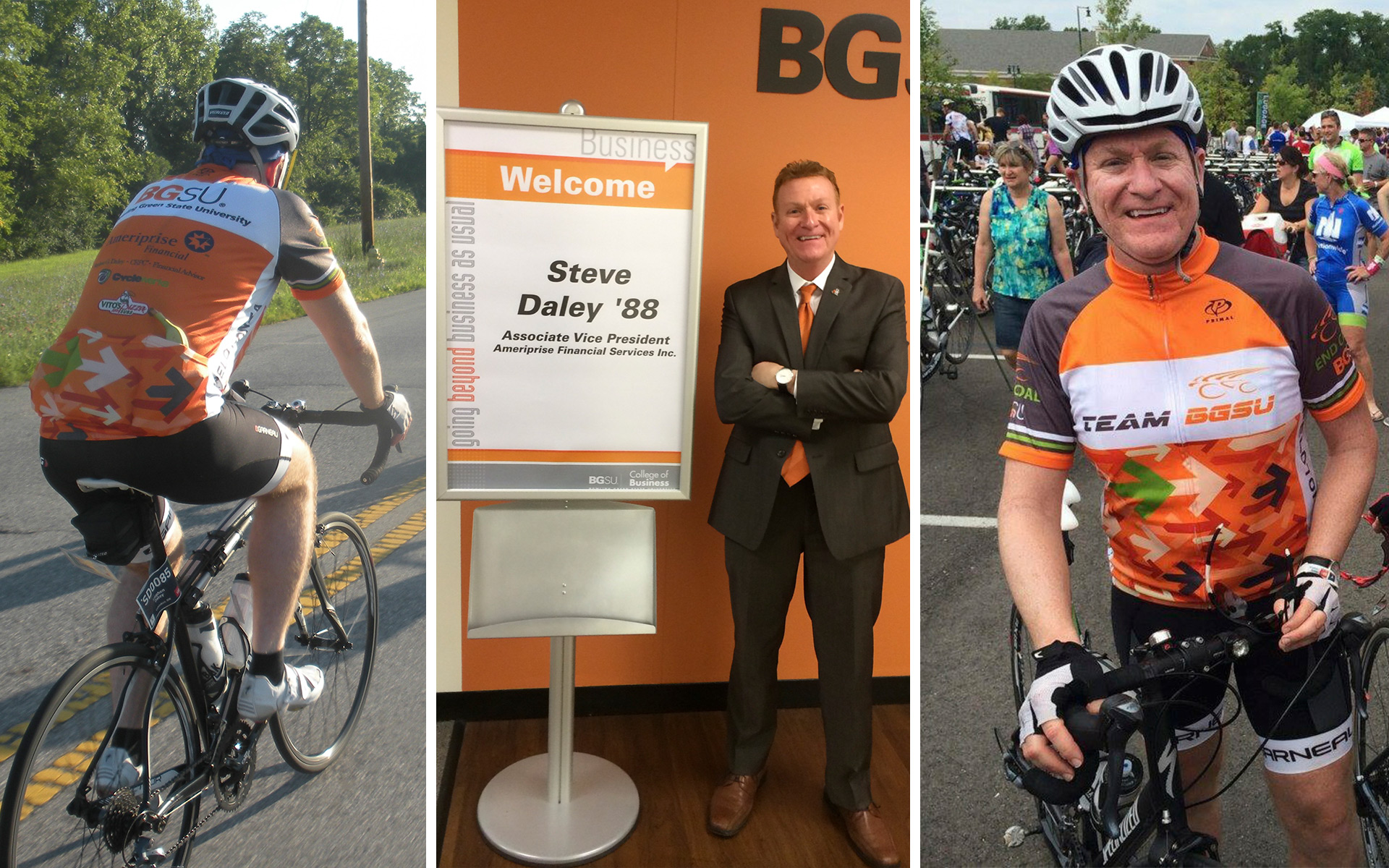 From the Bike to the Board Room

Alumnus, Board of Trustee member devoted to philanthropy

It’s a long, difficult ride in the search for a cure for cancer, but those are miles Steve Daley considers well spent.

Daley, who in 1998 lost his mother to breast cancer, cycled 180 miles earlier this year as part of the BGSU team in Pelotonia, a grassroots bike tour that has raised millions of dollars for cancer research.

“It was draining, very challenging, and a lot of hard work to go the full 180 miles, but it is also a really amazing experience,” said Daley, who serves on the BGSU Board of Trustees. “It’s a struggle, but you stop and think about what people are going through with cancer treatment. You realize what this is all about, and why you are doing this—it’s to help people.” 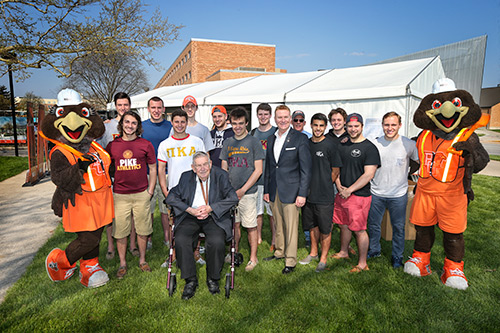 Daley has only been a regular cyclist for a few years, but after hearing about the Pelotonia event from another BGSU alum, he decided to get involved with the University team. He invested in a good bike, started training, and did 100 miles in last year’s fund-raiser before upping the ante this year.

“I was excited to hear that all of the money we raise goes to good use, and that those dollars directly fund cancer research. Some great things have come from that work,” Daley said. “This year we saw a gentleman along the route holding a sign that said ‘You Saved My Wife’s Life.’ That’s pretty moving, knowing you are helping others and having that kind of impact.”

Daley believes that penchant for assisting other people came straight down the genetic line from his parents, who were involved in a number of philanthropic ventures in his hometown of Lima.

“My parents instilled a lot of independence and a strong work ethic in all of us,” said Daley, the ninth of 10 children. “When we were growing up, we all had some kind of job at an early age. I was out mowing yards, shoveling snow, doing landscaping work. They also showed us the importance of getting involved in your community. They were our mentors—they were involved in so many things.” 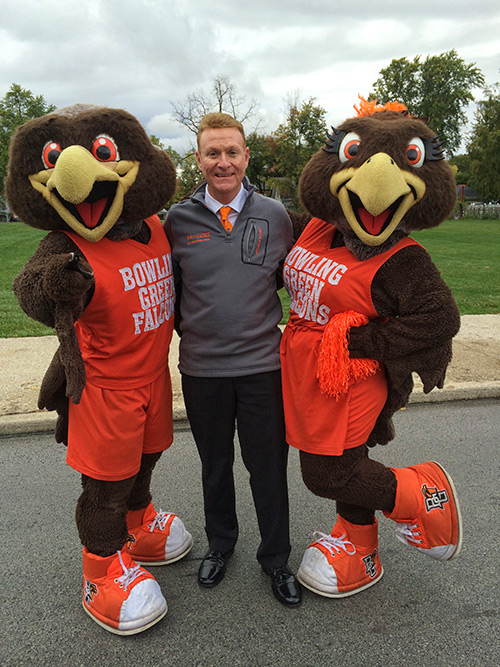 Daley, who graduated from BGSU in 1988 with a degree in business education, has had a busy career in banking and the financial services industry. While working for Mid-Am Bank, he served on the YMCA board in Marysville and was instrumental in starting a successful endowment fund and capital campaign to add a swimming pool to the facility.

After moving on to a job in Columbus, Daley was invited back to the YMCA to tour the finished product. The YMCA director pointed to the new pool and told Daley that it was Daley’s work that made the major addition possible.

“I was floored. He said I had inspired the board and convinced them that we could do this. I never thought about it that way, but that’s what I got from my parents. They got involved in things that mattered to them, and I found out I was doing the same thing.”

Daley increased his involvement with philanthropic efforts in Columbus and developed an expertise in the art of giving. His family established an endowment fund in the name of his late mother, Shirley, a 1948 BGSU graduate.

“We make grants to organizations that my mom would want to support. We give out an award in her name,” he said. “And what’s neat about it is when I go home I try to stop by the cemetery, but that’s not where my parents are. Their legacy is elsewhere, in the community, in the places they cared about.”

Daley said he uses that foundational principle with many of his clients. He asks them what it is they really care about, where their legacy should reside, and encourages them to funnel some of their resources in that direction.

“There are a lot of people out there that have the means to help out in different ways, but they probably never thought about what that would be,” he said. “Whatever is important to you—that’s what you should get involved with.”

Daley has had that type of commitment to the University for a long time. He served as chapter advisor and chair of the Alumni Advisory Board for Pi Kappa Alpha fraternity, and was a member of the BGSU Student Affairs Advocates Board before his appointment to the BGSU Board of Trustees. Daley also belongs to the Presidents’ Club and the Heritage Foundation at BGSU, and has endowed a fund to send students to a leadership academy, and also a scholarship for business education students.

“I guess one thing led to another, but seriously, it has been an honor to serve a place that has meant so much in my life, and in the lives of my family,” said Daley, a third-generation legacy whose grandfather was a captain of the BGSU football team.

“Every institution needs alumni involvement in a lot of ways, and it is a great means to give back. I think for many people, once they get involved they find out it is something that is just kind of in your blood,” he said. “It gets you thinking about what you want your legacy to be, and what it is that’s really important to you. And ultimately, it’s a great feeling, just to be able to help out. ”