Class of 2014 Success Stories: A deeper understanding of global needs 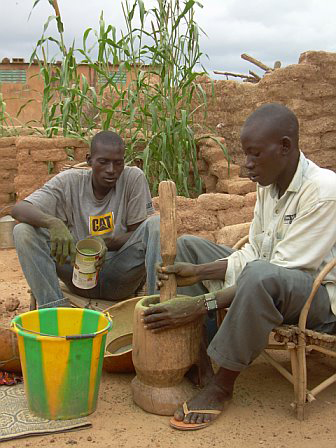 Kevin McClellan ’14 is a Paul D. Coverdell Peace Corps Fellow who just received his MA in Cross-Cultural & International Education (MACIE) — including a public health cognate — that builds upon his education and food security work with the Peace Corps and Red Cross in West Africa.

The Toledo native came to the MACIE program as a returning Peace Corps volunteer and a Coverdell Fellow. McClellan had served in Burkina Faso between 2006 and 2009, adding a third year to the normal two in order to work with both the Peace Corps and the Red Cross.

Following that, McClellan re-upped to become a part of Peace Corps Response Mali in 2010. This assignment took him to Bamako, Mali, to work on a food security program supported by USAID.

“The Peace Corps Response program is designed for Peace Corps veterans to provide another volunteer opportunity, but with a little more responsibility, said McClellan. “I was able to apply what I had learned in Burkina Faso, working in a shorter time frame but at an accelerated pace.”

McClellan started out in education with the Peace Corps during his volunteer service in Burkina Faso. He was responsible for running afterschool programs, study tables and various other ideas to get kids studying outside of school.

The village had no running water or electricity; so much of his time was spent finding different ways to carry out the Peace Corps’ educational mission with very few community resources.

“Throughout that experience, I began to see that you can’t really deal with educational issues in a vacuum,” recalled McClellan. “There are a lot of other issues going on around it — nutrition, health and hygiene — and those issues need to be addressed as well.”

It was a turning point for McClellan, and the intersections between education and food security in West Africa would soon lead him to the MACIE program at Bowling Green. 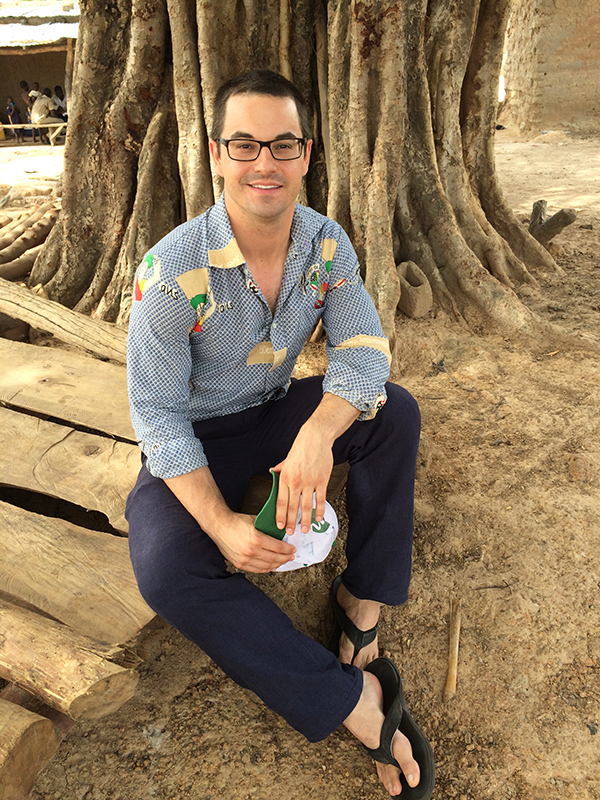 After spending some more time in Bamako as a consultant, McClellan returned to Toledo and began considering what might come next after his international service experiences.

“I was working in Toledo in late 2011 at Kids Unlimited — an after-school and summer program for under-served kids — and recalled hearing about the MACIE program at BG, as well as the Coverdell Fellows program,” said McClellan.

It turns out that BGSU is one of about 80 universities across 33 states and the District of Columbia that partners with the Paul D. Coverdell Peace Corps Fellows program to offer financial assistance to returning Peace Corps Volunteers. Bowling Green has sixteen graduate degree programs and three graduate certificates designed to build upon the volunteers’ service and to help apply the many skills they have acquired in the field.

As McClellan looked more closely at MACIE, he realized that it encompassed the key areas he had already worked in — namely, education and public health, the latter being one of five cognates offered within the program.

“In my case, the combination of education and public health aligned perfectly with my education background as well as my work with nutrition and agriculture issues.”

While McClellan had not originally planned to go back for his master’s degree, he had come to realize that many of the job opportunities that interested him either preferred or required a master’s degree. And so he enrolled in the MACIE program as a Coverdell Fellow in the fall of 2012.

This approach has allowed the Peace Corps veteran to build upon his experiences in West Africa. In addition, McClellan was able to take consulting jobs during the last two summers with myAgro Farms in Bamako, further reinforcing his graduate school experience.

“I’ve been able to take some of the things I saw while overseas in a sort of informal way and then go back and get a greater understanding through the coursework and research,” said McClellan. “The quality of the faculty here has been outstanding.”

He cited Drs. L. Fleming Fallon and Hailu Kassa for their excellence within his Public Health classes, as well as the entire MACIE faculty, including Drs. Christopher Frey, Bruce Collet, Hyeyoung Bang and Sherri Horner. He also wanted to recognize the valuable input and support he received from Dr. Brian Campbell and Amanda Vrooman during his time as a graduate assistant in the Office of Assessment and Research.

“My program has a rigorous curriculum to be sure, and faculty members have very high expectations, which is great,” said McClellan. “I had the opportunity to work very closely with them on their research.”

He pointed to the IREX program as a great example, which brings educators from all over the world to Bowling Green.

“These teachers come in from all these different countries with different cultural backgrounds, different religions, different beliefs and attitudes,” said McClellan.   “MACIE students come from working or living internationally for the most part, and we were able to put all of that together and to understand a little bit better where this diverse group of teachers was coming from.”

“I’ve had a great experience here at BGSU in the MACIE program,” said McClellan. “The program allowed some flexibility when I needed it, and the combination of getting the educational foundation with my public health cognate was the right combination for me.”

He also pointed to BGSU’s participation in the Northwest Ohio Consortium for Public Health, which allowed him to take public health classes both at BG and at the University of Toledo Medical Center in order to earn a certificate in Global Health.

Perhaps one of the greatest aspects of his time at BGSU was the sense of community among his fellow Peace Corps volunteers.

“I really enjoyed having all of these other people around me with similar experiences,” said McClellan. “You don’t get that very much elsewhere. You know where they are coming from and that ‘they get it’ … even about readjusting to life in the U.S., which can be a sort of reverse culture shock.”