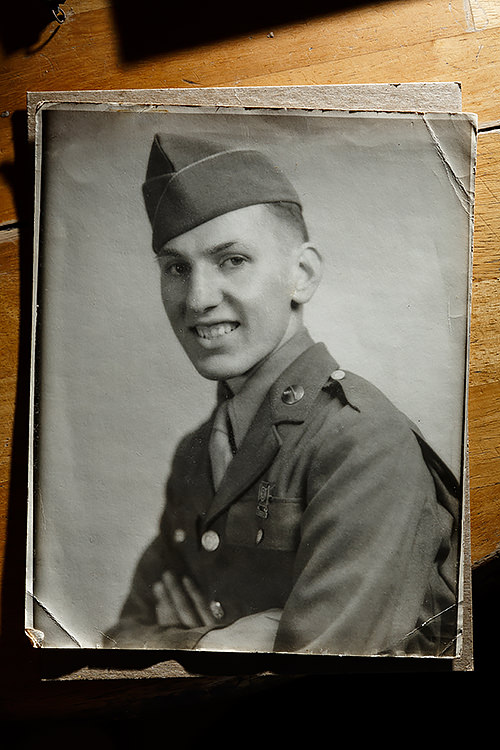 Harold Flagg ’49 went to France in 1945 to finish fighting a war, and he ended up head over heels in love with a language, a culture and a people. Nearly 70 years later, that romance is still afire.

Flagg was a 19-year-old infantryman serving under Gen. George Patton when he first saw Paris. Following the end of World War II, Flagg enrolled at BGSU to study journalism and get much better acquainted with his new love — French. He was on a path that would foster a relationship that has weathered a considerable test of time and distance.

His love has been returned by the French, in the form of a medal and the title of “chevalier,” or knight. Last May, Flagg was recognized for his military service on French soil when he was chosen to receive the medal and knighthood as a member of the French Legion of Honor, the highest honor bestowed by France.

The French Legion of Honor ceremony was held in south Florida aboard the USS New York, with representatives from the French Consulate in Miami in attendance. When Capt. Philippe Petitdidier of the French navy pinned the medal on Flagg’s jacket, he formally became a knight and now holds the title of “Harold Flagg, Chevalier.”

“I am extremely proud of my knighthood and the Napoleonic award,” Flagg said. “It is nice to be honored for your military service, no matter what your role was in the war. I like to think that when Hitler found out I had arrived in the European Theatre, he just gave up.”

In World War II, he had served first in French North Africa, then in Marseilles and eastern France before his unit moved on to Germany during the final days of the conflict. After the fighting ended, Flagg reached Paris.

Back home after the war, he was highly motivated to pursue his education, and received his degree from Bowling Green in just two and a half years. That intensive study track included summer school and spending part of a semester in French Canada at Laval University, where he impressed his instructors with his command of the finest nuances of the language.

“I think I must have been French in another lifetime, because my pronunciation and intonation were so perfect that my French teachers in Quebec could not believe it,” Flagg said. “I was determined to not just learn the language, but to master the language. It has served me quite well for many years.”

Now 88, Flagg has returned to France numerous times, and throughout his life has also visited former French colonies and countries where French is the dominant language.

“I like to think I made good use of my studies of the French language when I was at BG,” he said. “I learned a lot, and the exchange students there helped me, especially with the slang terms.”

The native of Milwaukee grew up on a farm west of Toledo, but the seduction of the French culture has tugged at him since that initial trip overseas as a soldier. 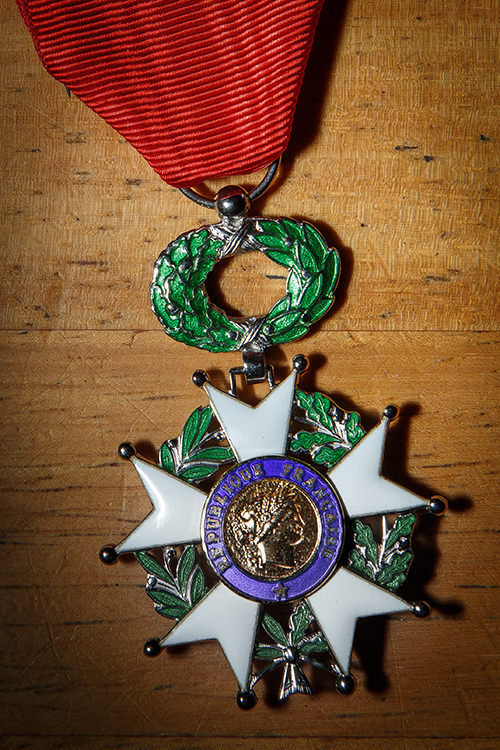 “It’s true that you can’t keep them happy on the farm after they’ve seen Paris,” Flagg said. “I’ve always been happiest in French places, and I’ve always had this love of France. In a country the size of Texas, you had the whole of the U.S. – palm trees, high mountains, oceans, everything. I liked the variety.”

After graduating from BGSU in 1949, Flagg was a career journalist, working at several newspapers in Florida, and then as an editor for a publication in The Bahamas. Once, while on an assignment in the Peruvian jungle where headhunters were thought to be living, Flagg was reported missing and presumed dead.

“I refer to that as ‘my first’ obituary,” he quipped.

In his retirement he has been a prolific author, and recently published his fourth book.

Flagg had been drafted just after graduating from high school, and soon he was on a ship sailing out of Boston, headed for Africa. Just 18 at the time, he remembers being haunted by the fear of what could lie ahead.

“There were those moments when I would be on the deck looking for German U-boats, and wondering if I was going to get out of this alive,” he said. “At 18 you are pretty much fearless and ignorant, and thinking you are going to live forever, but the scary times crept in when you were all alone.”

Flagg also saw the horrors of the war, visiting the Dachau concentration camp as his unit swept through Germany. “You see the ashes of thousands, and think ‘There but for the grace of God, go I,’” he recalled.

His experiences in the service provided the foundation for some of his literary works.

His “GI Odyssey” recounts his personal story — that of a young man coming of age during World War II, and moving from the relatively quiet life on an Ohio farm to the heart of the conflict as the war was coming to an end. The book also highlights his initial visit to Paris, which ended up playing a pivotal role in his life.

“I don’t think of myself as a military type, but my time in the service was a time of great opportunity – the greatest time of my life,” he said.

Flagg also authored “Roosters, Rebels and Royals: Three Revolutions, Four Stories, Five Poems,” which is more of an adventure journal describing some of the colorful island life around the globe. “Affordable Luxuries” is a light look at a variety of subjects, including Britain’s Royal Yacht, which he once visited as a guest of the queen.

His fourth book is titled “The Good Old Days: From Gorcott to Greatest Generation GI.” Flagg, who counts defeating both the Nazis and cancer among his many credits, expects to continue sculpting the language into interesting and entertaining works.

“Languages and writing have always been my passion,” he said. “I am still amazed each day at the power of words. It is incredible. There are only 26 letters in our alphabet, but if you get the right combination, then you can be the richest, most famous and popular man on earth. As long as I can produce words, I can still live.”