Phuntumart to give keynote at Asian plant pathology conference 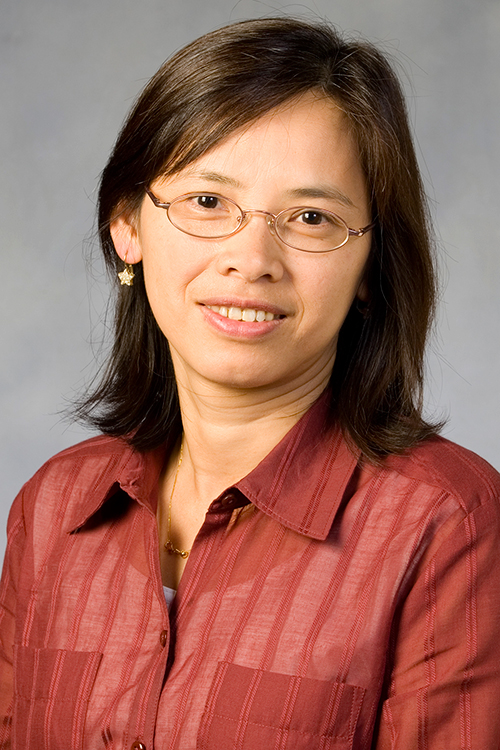 BOWLING GREEN, O.—Pathogens in soybeans are a big problem not only in the U.S., but also around the world and no more so than in Asia, where soy is a major food source. Asian countries buy much of their soy from the U.S.

Her work could have an impact in the U.S., the second-largest producer of soybeans worldwide, and even in Wood County, which, until recently, was the largest producer in Ohio. It represents another approach to fighting the pathogen that does not depend on fungicides, “which are of limited use and are toxic,” she said.

Phuntumart will share her research as one of the keynote speakers at the fifth Asian Conference on Plant Pathology, to be held in Chaing Mai, Thailand, Nov. 2-6. She is the only one of the international speakers who is working in the particular area of epigenetics, which deals with changeable traits that are not caused by changes to the actual DNA, but can be inherited and are adaptive to their environment.

Through a system of epigenetics, P. sojae does not change the DNA in the plant’s genome but instead changes the way the DNA strands are modified and packed, to “silence” or “activate” their gene products to avoid detection by soybean plants, Phuntumart explained.

“My goal is to find a target that will have an impact on its genome,” she said.

P. sojae is particularly good at adapting its physiology to the environment, Phuntumart observed, and in fact depends on being in the right environment to reproduce. Her team found that P. sojae cultured in the lab for a long period of time without exposure to soybeans eventually loses its infectious ability. And pathogens lying in fields remain dormant until the right weather conditions arise, and there is enough moisture for the zoospores to swim toward the host plants.

Phuntumart’s research is funded by the U.S. Department of Agriculture. She is part of a team of 28 scientists that has been awarded a five-year, $9.28 million grant by USDA National Institute of Food and Agriculture. Led by Dr. Brett Tyler, now at Oregon State University, the project’s goal is to engineer new disease-resistance strategies to reduce soybean crop yield losses due to root and stem rots.

“Many students have been involved in the project and have gotten good jobs after they graduate,” Phuntumart said. Four of her graduate students from one year who all did undergraduate research in her BGSU lab before their graduate studies have become researchers. Jennifer Benson is at the University of Colorado, working on human genetics; Michael Ludwig is at the University of California, in stem cell research. Brian Rutter is conducting plant research at Indiana University, and Maribeth Spangler is at Cleveland Clinic. Undergraduates who participated have gone on to medical school and other promising programs, thanks to support from CURS and the USDA, she said.

While in Thailand, Phuntumart will also give a workshop and hopes to recruit more students to come to BGSU.