BOWLING GREEN, O.—Bowling Green State University alumnus Dr. Luke Nichter will take audiences on “A Journey with Richard Nixon: A Decade of Listening to the Nixon Tapes from Ohio to Texas” during his return to BGSU Sept. 30. 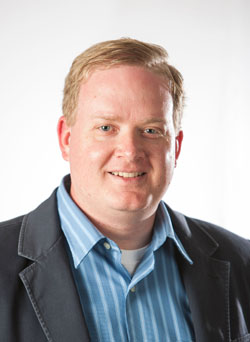 Luke Nichter He will speak about his work on the tapes, what we still have to learn from them, and how they have changed research in presidential records. His free talk begins at 2:30 p.m. in the Bowen-Thompson Student Union Theater and will be followed by a reception and book signing. The event is part of the College of Arts and Sciences Dean’s Lecture Series.

Between February 1971 and July 1972, President Nixon secretly recorded 3,700 hours of his phone calls and meetings across the executive offices. To date, about 3,000 hours of those tapes have been declassified, released and made available to the public. Neither the National Archives nor the Nixon Presidential Library have produced transcriptions or made the complete audio files available online. Instead, they have left this monumental task — which the archives once estimated took 130 hours of staff time to transcribe one hour of tape — to individual researchers and scholars.

In 2005, Nichter started to digitize the tapes, a project that lasted nearly four years. He launched nixontapes.org in 2007 as a public service, the first time the complete digitized tapes could be accessed outside the National Archives. Since then, he has been systematically transcribing the tapes and making them available to the public, producing more of them than anyone else, in the hope that a more informed debate on the Nixon presidency can thus take place.

Originally from Weston, Ohio, Nichter is now an associate professor of history at Texas A&M University-Central Texas and a nationally recognized expert on the Nixon tapes. He has recently published “The Nixon Tapes, 1971-1972,” co-authored with Douglas Brinkley. He is the author of the forthcoming “Richard Nixon and Europe: The Reshaping of the Postwar Atlantic World,” to be published by Cambridge University Press in 2015, which is based on multilingual archival research in six countries. A founder and former executive producer of C-SPAN's American History TV (seen in 41 million homes), Nichter’s work has appeared in or has been reported on by the New York Times, Washington Post, Vanity Fair, and the Associated Press.

After receiving his bachelor’s degree in business administration from BGSU in 1999, he returned to complete a doctorate in history, graduating in 2008. As a doctoral student, Nichter spent countless hours listening to the recently released tapes recorded during Nixon’s presidency. His dissertation on the Nixon tapes won the Ohio Academy of History’s Dissertation Prize for outstanding doctoral dissertation in 2009, launching his scholarly career.

As Nichter learned, the infamous tapes go well beyond Nixon and the early 1970s’ Watergate scandal. When he was elected president, Nixon already had almost a quarter century of political life behind him, so the tapes reveal a “cross-section of American life and American society” from that wider era, Nichter said.

His talk is sponsored by the Department of History and the College of Arts and Sciences.