BOWLING GREEN, O.—“Truth bats” that help keep us honest, “fine-print rotifers,” those culprits who cause us to give up and sign documents we cannot read, much less understand; “beanie sharks,” whose rapid disappearance from the oceans reminds us that climate change and environmental degradation wreak more damage than we even know. 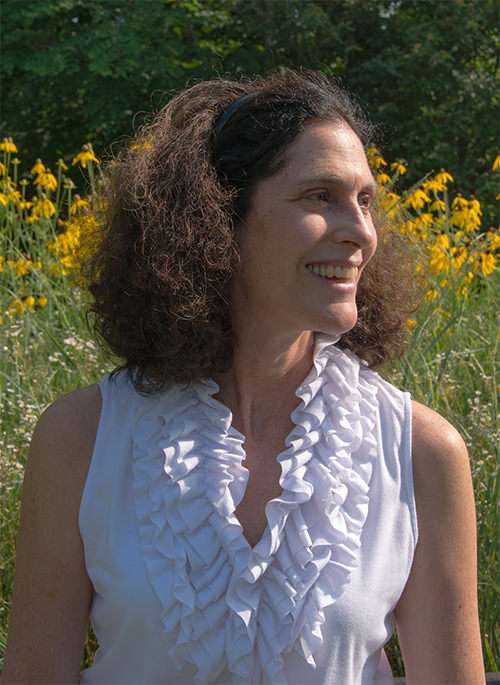 Sharona Muir These creatures and more make up the personal bestiary of Sophie, the protagonist of Sharona Muir’s first novel, “Invisible Beasts: Tales of the Animals That Go Unseen Among Us,” published July 15 by Bellevue Literary Press of New York University, which specializes in books at the intersection of arts and sciences. Sophie is an amateur naturalist with the rare genetic ability to see creatures invisible to most human beings.

Muir is a professor in the Creative Writing Program at Bowling Green State University.

The symbiotic relationship between humans and animals, both real and imaginary, is beautifully and humanely drawn in Muir’s endlessly inventive work, grounded in real scientific fact. Like her inventor father, Muir begins with the impossible to find the possible.

“I have an interdisciplinary outlook,” Muir said. “I see my work as imaginative writing, not in the strict genre of science fiction or fantasy. I learned science and biology as an artist, and make it the food of the imagination.

But Muir does have a mission. Told as a first-person account by Sophie, the book is based on Muir’s posthumanist view that humans are animals among animals, with a particular set of qualities, but not superior, and that “animal life is mindful. The mind’s life is animal.”

Compelled by the urgency of impending extinction to break the silence about her unusual ability and share what she knows, Sophie says she, seeing animals where others don’t, is “that much more aware of our human blindness—a blind spot in our collective mind, roughly the size of the planet, that’s turned on every creature including ourselves.”

Though it is often troubling in relating a wondrous world being lost due to human carelessness, “Invisible Beasts” also playfully celebrates the quirks and foibles both of people and animals. By turns cerebral and sensual, it reflects the qualities shared by living beings as they try to make their way in the world.

Muir’s first novel began attracting attention even before it was published, from the most serious literary journals to popular magazines. O, the Oprah magazine, lists it among “10 Books You Must Pick Up This August,” saying “This environmental fable—as if Where the Wild Things Are had been written by Rachel Carson—is a lyrical field guide to creatures like Poltergeist Possums and Hypnogators, as well as a commentary on extinction and being alive.”

Among its many notices, it was named as “Top Indie Fiction” by Library Journal and was chosen by Publisher’s Weekly as a First Fiction selection and one of its July 14 Books of the Week. In a starred review, Publisher’s wrote: “Lines blur between the human and animal worlds in this richly detailed debut from Muir (‘The Book of Telling’), which is part fantasy novel, part field guide. . . . . Muir expertly pinpoints the frailty of the human condition. This is an amazing feat of imagination”. Read a graphic review of “Invisible Beasts.”

Kirkus Review called the book a “marvelous capsule of natural history . . . . not to mention crackling suspense.”

Among Muir’s previous books is “The Book of Telling,” a memoir of her investigation of her father’s secret role in the birth of modern-day Israel. Published by Random House, it won the Nancy Dasher Award, in 2007.