Korean students to visit for media and communication institute 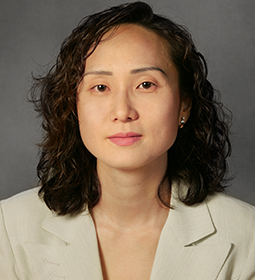 From the Mud Hens to the art museum and the auto industry, a group of 14 young women from Korea will learn about United States media industry and culture during a 10-day stay at BGSU.

The Media and Communication International Summer Institute will be held July 5-14 and will feature a rich mix of academic presentations, hands-on media production workshops, public speaking coaching and field trips around the region.

Dr. Sung-Yeon Park, telecommunications, has organized the institute. Park made a connection with Sookmyung Women's University (SMU) in Seoul, South Korea, during her 2012 faculty improvement leave.

"SMU is an elite women's college that has for many years offered its students international trips, but they wanted something more academic," Park said. "We can provide an interesting, multifaceted program. Our faculty has always placed an emphasis on teaching and maintaining strong ties to industry along with our research. And being located where we are, we have access to Google Ann Arbor, which oversees almost all the advertising operations for the company, plus powerful advertising agencies in Detroit and Dearborn that are tied to the auto industry."

"Also, local organizations have been so helpful and cooperative," she added. Kim McBroom, chief marketing officer for the Toledo Mud Hens and Walleyes, and Teri Sharp, public relations manager for the Toledo Museum of Art (both former BGSU employees), will speak with the students about their jobs marketing sports, nonprofit and arts organizations. The group will get to tour Fifth Third Field and watch a baseball game, tour the museum and have dinner in its acclaimed Glass Pavilion as part of the cultural experience.

The Korean students will further strengthen their intercultural literacy and experience Midwestern life during visits to local malls and restaurants, a picnic at City Park with graduate and undergraduate students, and a day at Put-in-Bay.

Distinguished Teaching Professor Mary Ellen Benedict, chair of the economics department, will give the keynote address for the week, as part of the emphasis on women’s leadership. Benedict is an expert in the area of gender economics, Park noted.

"In Korea, women do better academically than in many other parts of the world," she said. "Many earn not only bachelor's degrees but also master's. But in terms of their participation in the workforce, they are not meeting their full potential. Opportunities for advancement are lacking, and the social structure doesn’t accommodate women," who are generally expected to marry and stay home with their children, she said.

Along with seminars on such topics as "U.S. Media Industry Characteristics and Development Trends" and "The Role of Media in the Social Construction of Reality," led by faculty from BGSU's School of Media and Communication, the young women will be coached by Paul Alday, director of BGSU's award-winning Forensics, Speech and Debate Program, and several of his graduate students in preparation for their final media production project presentations.

In addition to the experience the Korean students will gain, Dr. Laura Stafford, School of Media and Communication director, sees a range of benefits for BGSU from the institute as well.

"We're excited about it," she said. "It fits in with BGSU's strategic plan goal of internationalizing the campus and gives us the opportunity for more intercultural interactions. A number of our graduate students from several programs will help with the event, so both they and our faculty will get to work directly with the Korean students.

"Also, having these high-profile guests interacting with major corporations raises our own profile both in the region and internationally."

Meanwhile, interest in Korea and Korean studies is growing at BGSU, which has about 10 Korean faculty members, Park said. In response to student demand, a Korean language class is forming, to be taught initially by an incoming Korean graduate student. And in addition to the existing Korean Student Association, a Korean Club is forming for non-Korean students who wish to learn more about the culture.