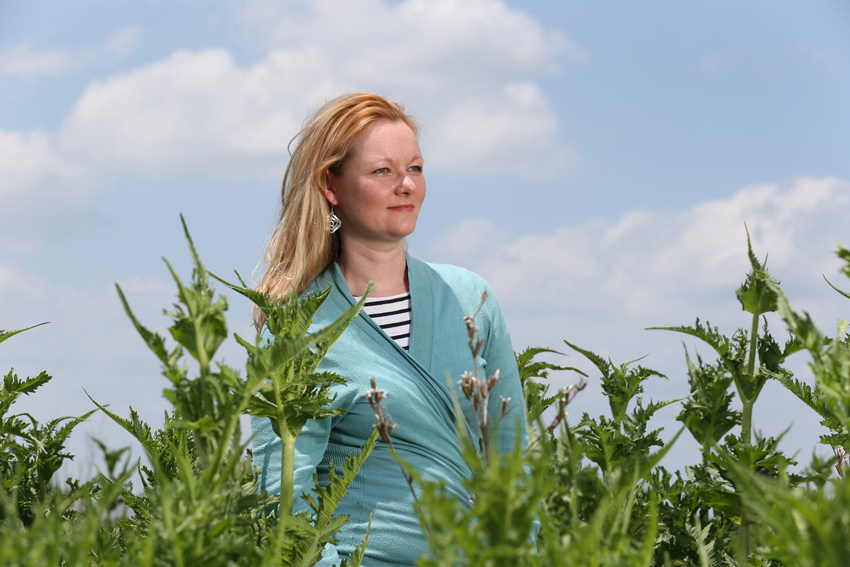 BOWLING GREEN, O.—At the 2002 United Nations Framework Convention on Climate Change, in New Delhi, the young director of a nongovernmental organization (NGO) working to bring wells to rural Indian communities struggled to get the attention of anyone in authority who might listen to his ideas.

Frustrated, he approached Dr. Shannon Orr, an associate professor of political science at Bowling Green State University, to ask how he might talk to governmental delegates, since after two fruitless weeks he was at a loss for what to try next. Orr, who was there researching NGOs, recalled, “At that moment it struck me how fundamentally challenging it is, in a world with so many diverse and competing voices, for those with good ideas but little experience to be heard.”

The New Delhi encounter gave Orr the idea for her recently released book: “Environmental Policymaking and Stakeholder Collaboration: Theory and Practice,” published by CRC Press for the American Society for Public Administration’s series on Public Administration and Public Policy.

Without the input and support of stakeholders, many well-intentioned policies fail badly, Orr said. Environmental issues are particularly thorny because they typically comprise multiple competing interests, often all valid, that must be represented in any policy decision. In the case of land use in national parks, for example, policies must balance conservation and preservation with citizens’ access for recreation and the economic benefits of tourism or development, and even the concerns of adjacent residents.

Presented in two parts, the book begins with the theoretical bases for environmental policymaking and stakeholder collaboration. The second half provides a set of tools that governments and organizations can use to ensure that the public and all stakeholders have a say in the creation of public policy, and not just those with the most power or the loudest voices or who are able to attend meetings.

Although the book focuses on environmental policymaking, the tools it provides can be used in other arenas as well.

The barriers to being heard are many, Orr said. “People have important things to say but they don’t know how to say them. Even at a treaty organization, speaking English is a powerful tool. A level of professionalism is required in calling an agency in order to be well received, and there’s a lingo and jargon used by governments and big agencies that’s usually not familiar to people who are not part of those groups.”

In addition, small organizations, while they have deep knowledge of the problems they are designed to address, often don’t know how to write mission statements or grants or budgets — integral aspects of government policymaking decisions. “Not many NGOs are started by people with a passion for budgeting,” Orr observed.

Orr identifies and explains nearly 70 collaboration tools governments can employ to get a real understanding of the various stakeholders and their concerns. Some are very simple, such as town hall meetings, while others employ basic technology like mobile apps that can be used to disseminate information and facilitate two-way communication. Visual techniques like historical mapping in which a timeline is created by stakeholders and policymakers to see the progression of an issue and perhaps denote which events were deemed most relevant can help clarify and identify the roots of a problem. In-person visits by representatives to observe and gather information are often used. Even children can participate when the appropriate venues are created, Orr points out.

With technology spreading into the most remote areas, creative uses have been successful, such as using radio soap operas to promote the use of condoms in fighting AIDS, and text messaging to tag potholes. These can increase communication while conserving resources, she said.

Orr explains the purposes, audiences, pros and cons of each method offered and gives tips on using them successfully. She analyzes examples of failed and successful processes and collaborations, from industrialized to less developed countries.

“Governments have to take these steps, but they have to mean them,” she cautions.

Orr has attended two U.N. Climate Change Negotiations, as well as the 2012 United Nations Conference on Sustainable Development, the treaty negotiations marking the 20-year anniversary of the Earth Summit, and has published extensively on the importance of representing diverse interests in policymaking. Her research has been funded by the Canadian Embassy in Ottawa, the Social Science and Humanities Research Council, the American Political Science Association and Bowling Green State University, among others. She has taught at BGSU since 2004.