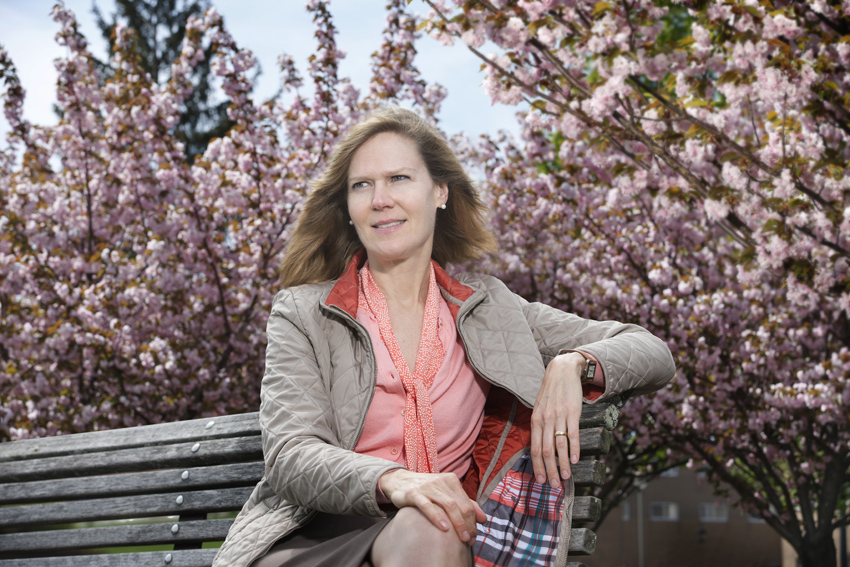 BOWLING GREEN, O.—We are all familiar with Al Gore, Mother Teresa, and maybe even Aung San Suu Kyi, but how many have heard of Shirin Ebadi, Jody Williams, or Wangari Maathai? And yet all have won the Nobel Prize for Peace, many fairly recently. 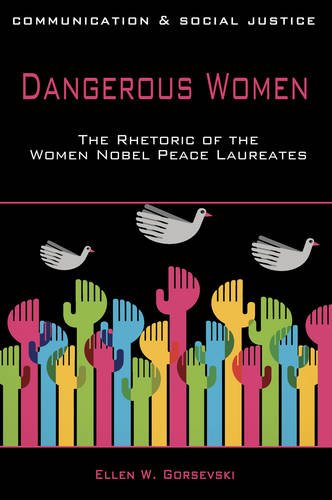 In “Dangerous Women: The Rhetoric of the Women Nobel Peace Laureates,” published in February by Troubador Publishing, Dr. Ellen Gorsevski, an associate professor of communication at Bowling Green State University, examines the lives and enormous contributions of 15 women who used any nonviolent means of communication available to them to advocate for peace, often at great risk to themselves and their families. She traces the history back to 1905 laureate Baroness Bertha von Suttner, who used her writing, first as a novelist and later as an essayist and persuasive author, to build an international peace movement during an increasingly unstable time in world affairs.

The laureates have used their persuasive strategies toward banning land mines, to advocate for the rights of indigenous people, calm ethnic and racial conflict, promote nuclear disarmament during the Cold War, and more. Jane Addams, famous for founding the profession of social work and Hull House and as a women’s suffragist, is perhaps less well known as the 1931 Peace Prize recipient for her international diplomacy.

“It’s been an amazing journey of discovery,” Gorsevski said of the book project.

Although it might seem contradictory for peacemaking to be a dangerous occupation, in fact, Gorsevski shows, it is more often than not extremely threatening to violent and repressive regimes. Iranian attorney and former judge Shirin Abadi, the 2003 winner, at one point came across her own death warrant, which had apparently been rescinded, yet in 2009 she finally had to leave Iran for her safety and is living in exile in the U.K.

American economist Emily Greene Balch, who continued the work of Addams in the Women’s International League for Peace and Freedom and was awarded the prize in 1946, was regarded not with admiration by the government but as a dangerous radical.

“These women have all led incredibly exciting and dangerous lives,” Gorsevski said, “and yet we don’t hear about them. Theirs has truly been a hidden history. My contribution to the literature is the peace-building aspect these people brought to the lives of their countries and the world.”

The women laureates “absolutely get less press than the men,” she added. Sometimes, as in the case of Barack Obama, a man is chosen more for symbolic reasons than for doing any actual peace-building work, which contributes to the contentiousness of the award, Gorsevski said.

As a scholar of communication, Gorsevski said she was interested to closely study the Peace Prize winners’ modes of nonviolent rhetoric. From Burma to Northern Ireland to Guatemala, “the women laureates were all very smart about how they communicated and how they used persuasive communication practices.

“Sometimes this meant using visual forms of rhetoric such as their own bodies,” she said, as in the case of Liberian women who simply sat in front of the warlords, daily reminding them that women’s wishes counted, and mobilizing women to vote. In the end, Liberia in 2005 and again in 2011 elected Ellen Johnson Sirleaf the first woman president of any African country. She was awarded the Peace Prize in 2011, along with Lehmah Gbowee of Liberia and Tawakel Karman, of Yemen, in recognition of their nonviolent advocacy for women’s safety and their right to engage in peace-building activities.

A common characteristic of the laureates is their tenacity in the face of challenges and their willingness to “work tirelessly, often 18-hour days,” Gorsevski notes. Ebadi was awarded the prize for her advocacy for democracy and human rights, especially for women, children and political prisoners. She and her law partner formed the Defenders of Human Rights advocacy center in Tehran, which was raided and closed and her partner and family members beaten, threatened and jailed. After she felt compelled to leave Iran, she joined with other laureates to form the Nobel Women’s Initiative to continue to use their voices for peace-building, human rights and environmental issues like climate change.

Long before Al Gore won the prize for environmentalism, Maathai (1940-2011) of Kenya inspired women all over the country to plant seeds to reverse the deforestation of the land and provide food and clean water and air. “She knew that trees are the lungs of the planet,” Gorsevski said, and her project also served to address climate change. The first African woman and environmentalist to be awarded the Peace Prize, in 1977 she founded the Green Belt Movement, which has planted over 51 million trees in Kenya and works at the grassroots level internationally empowering girls and women to foster climate resilience and sustainable livelihoods.

“Women have won the Peace Prize for social justice, human rights and environmental causes,” Gorsevski said. “There hasn’t been one yet for animal rights, for the recognition of animals as sentient beings with the right to exist, but I see it coming.”