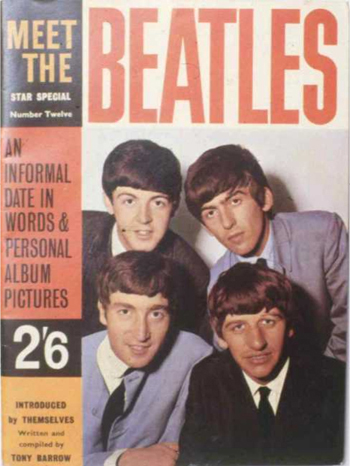 BOWLING GREEN, O.—A new online archive of materials available through the Bowling Green State University Libraries transports users to the world of 1950-75, giving a vivid feel for what it was like to be alive in Europe and America during that era. Captured in photos, videos and print material is a time of extremes – from the relative comfort and complacency of the post-war years, before the time of computers and credit cards, to the violence and high emotion of Vietnam and the civil rights movement. Boundaries were being stretched and broken everywhere, in art as in life.

Over the past two years, the University Libraries has been collaborating with the British company Adam Matthew Digital (London) on “Rock and Roll, Counterculture, Peace and Protest, Popular Culture of Britain and America 1950-75.”  Focusing on music, politics, fashion and youth culture, the database is a resource for students and scholars offering thousands of color images of manuscript and rare printed material as well as photographs, ephemera and memorabilia. Users can also view an interactive chronology of the 25-year span.

“Having this will be great because it brings access to primary material to more students,” said Nancy Down, head of the Ray and Pat Browne Library for Popular Culture Studies at BGSU. “There are a lot of different ways you can use it.”

“The archive is available in the Jerome Library to anyone,” said Susannah Cleveland, head of the Music Library and Sound Recordings Archives. “From off campus, it’s only available to BGSU affiliates .”

“Bowling Green State University was chosen as a major contributing archive because of the incredible quality of their holdings for this era,” said Martha Fogg, senior development editor at Adam Matthew. “The Browne Popular Culture Library is one of the finest libraries of its type in the world, and the range of different archival sources we have been able to include have really helped us tell the story of this tumultuous period in American history.”

“We are currently nearing completion of Phase II of the digitisation, and will have published all the Bowling Green material by summer 2013,” Fogg said.

Bill Schurk, Sound Recordings Archivist, was asked by the company to serve on the editorial board for the database.

“It’s exciting. It means a lot to my legacy here at the University,” he said.

Schurk has built the Sound Recordings Archives since its inception in 1967, collecting a huge array of items in addition to recordings. “We have a lot of periodicals that no other libraries have. For instance, we subscribed to a British magazine called Black Music beginning in 1973,” he said. “It covers everything from reggae to funk, soul, jazz and rock. Now we’re the only library in the nation that has a complete run of it.”

Alumnus Enoch Wu is working steadily to photograph and digitize the selected materials.

To view the archives, visit 0.www.rockandroll.amdigital.co.uk.maurice.bgsu.edu