Alumna inducted into the Ohio Women’s Hall of Fame 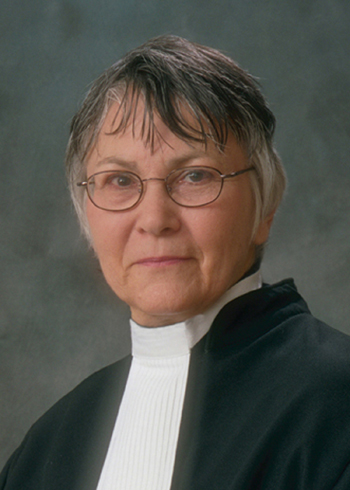 BOWLING GREEN, O.—Col. Brenda Joyce Hollis (Ret., U.S. Air Force) was among nine women inducted into the Ohio Women’s Hall of Fame Aug. 25 during a closed ceremony in Columbus. She was selected by a committee of the Ohioana Library Association based on a nomination by former Bowling Green State University President Carol Cartwright.

Colonel Hollis is an international criminal prosecutor who was a pivotal figure during the Yugoslav Tribunal in 1994 — the first international trials in which rape was categorized as torture and recognized as a war crime. She was recently appointed as prosecutor to the Special Court for Sierra Leone by the United Nations Secretary-General. She also leads the trial of Charles Taylor, the former president of Liberia charged with 11 counts of war crimes and accused of making bribes with blood diamonds.

Hollis was born in Washington, D.C., and lived in the South for the first years of her life. She later moved to northwest Ohio with her mother and sister, where she attended elementary and high school in Henry County’s McClure.

She earned her bachelor’s degree in liberal arts in 1968 from BGSU, where she was an outstanding student and athlete. Her interests ranged from political science and history to philosophy and sociology, and she was a member of the Pi Sigma Alpha honors society. She was also a top scorer and standout athlete in several pre-Title IX women’s intercollegiate sports, including hockey, softball, and basketball. During a winning women’s basketball game versus Ashland College in 1967, she scored 30 of the team’s 70 points.

Hollis was named among the 100 Most Prominent BGSU alumni in recognition of the University’s centennial celebration in 2010.