An American comes to the defense of French 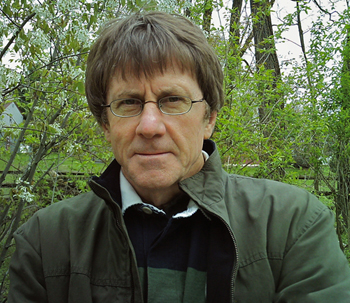 BOWLING GREEN, O.—A new book by Dr. R-J. Berg, an associate professor of French at Bowling Green State University, is already causing waves. “Péril en la demeure, Regards d’un Américain sur la langue française (Time Is of the Essence: An American’s Views on the French Language),” published in French for a French audience by Éditions France Univers, is a rallying cry for the preservation of the language Berg has come to love and to which he has devoted much of his professional activity.

While calls for defending the French language are by no means new, Berg’s book is unusual on several counts. As an American, he does not take his adopted language for granted (he is unabashed in his affection for it), and he has no illusions about its endangered state today and the full urgency of arresting the alarming “English-ification” of French grammar and vocabulary.

Although the book is highly polemical, Berg often employs humor and personal anecdotes to make his points, offering hilarious but disturbing examples of what can happen when English is substituted willy-nilly for French. The book’s whimsical cover illustration shows a seated man (Berg) looking across the Seine at the Institut de France, home to the Académie française, the bastion of the French language and official regulating body whose role, as defined by Richelieu in 1635, is to set standards for grammar and vocabulary.

In this short but provocative argument, Berg pulls no punches, calling out by name those august authorities who, he feels, have neglected their sworn duty to protect the language. He criticizes the glacial pace of the Académie, whose statutes require it to proceed “with all due diligence,” and one of whose primary goals is supposed to be preventing the invasion of English into French, in part by coming up with new words in a timely manner — which Berg says they have been so slow at as to almost insure that the handy English versions will be adopted instead. He notes wryly, and with approval, the Acedémie’s recent decision to lower to 75 the maximum age for election of its members. He is less critical of the various language commissions that have sprung up to fill the void left by the Académie, though here, too, he names names and suggests improvements.

Berg examines and explodes the prevailing myths about why French should be preserved, taking a no-nonsense approach to creating a living language available to all needs. “French needs to compete on the level of business and practicality,” he said, noting that those who seek to safeguard it by reserving it for so-called high culture are only dooming it to obsolescence. “What surer way could there be to kill a language?” he asks.

He systematically refutes a common refrain: “Those who repeat that ‘a living language has to evolve’ are simply belaboring the obvious. No one is claiming the contrary. The question is not whether French will and must change, but how it is changing and what we can do about it.”

And last, rather than simply lamenting the situation, he offers a real agenda for reversing the trend. Like many others in France, he favors a legislative approach. “Language is part of the heritage, an integral component of national identity. As such, it can and should be defended legally.” Unlike the U.S., France does have an official language and it is part of the Constitution. Berg argues adamantly that the existing laws need to be improved and, above all, enforced.

In response to those who claim that it is impossible to legislate effectively in linguistic matters, he points out that “French has stayed much truer to itself over four centuries in large part because of interventions.”

In spite of the book’scriticism of some of its members, the association Défense de la langue française (DLF) has given the book its official stamp of approval — it appears on the cover — and advertised it prominently in the latest edition of its review. The magazine Valeurs actuelles also plans a profile of Berg and the book.