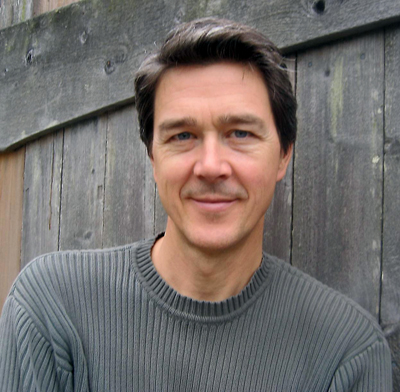 BOWLING GREEN, O.—“Hot” has a number of meanings. In terms of the environment, they are mostly negative. “Generation Hot:  Making a Peaceful Planet for All” will be the theme of author Mark Hertsgaard’s Lamb Peace Lecture at Bowling Green State University. The lecture begins at 7 p.m. March 28 in the Bowen-Thompson Student Union Theater and is free and open to the public.

Hertsgaard’s latest book, “Hot: Living Through the Next Fifty Years on Earth,” is receiving heavy media attention for its scientific yet human presentation of the dangers ahead and how we might cope. He will sign copies of his book following the lecture.

Described as a “father’s cry against climate change,” the book focuses on solutions, advocating that we “avoid the unmanageable and manage the unavoidable.” Hertsgaard notes that even if greenhouse gas emissions stopped today, the consequences would continue for hundreds of years, and we must begin now to adapt to those changes even as we intensify efforts to change course.

Out of concern for his young daughter’s future, he has traveled the globe to see what is being done to protect the Earth’s climate, and has found hope in some unexpected places. His goal is to inspire people to act to avert as much damage as possible, not only environmentally but socially as well, as disputes over affected resources could become inflamed along with the rising temperatures.

“Hot” has been named the No. 1 book to read in 2011 by the Christian Science Monitor and led Vanity Fair's books page in the January 2011 issue. Excerpts will be published in Scientific American, The Nation and Mother Jones. The Feb. 6 New York Times Book Review said “Hot” “raises the emotional stakes while keeping a clear head.”

Hailed as one of America’s finest reporters, Hertsgaard is the author of six books that have been translated into 16 languages. He has covered climate change, politics and the media for 20 years, for such outlets as Vanity Fair, National Public Radio, The Nation, Time and the New Yorker, as well as European media, and has appeared as a guest on national television.

In addition to delivering the Lamb Peace Lecture in the evening, Hertsgaard will spend the day on campus meeting with classes and faculty.