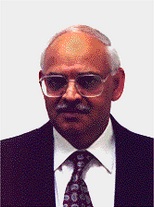 "When the recognition comes from your colleagues it is very gratifying," says Gupta.

Faculty with the rank of professor and whose creative professional achievements have won national distinction and recognition are eligible for the award, one of the University's highest honors.

In the past 22 years, Gupta has been invited to write papers for 31 national and international conferences, symposia and publications. Overall he has been invited to present more than 80 talks at various colloquia, universities and professional meetings, most notably including advanced lectures on statistical methods for the U.S. Air Force.

Gupta is an elected fellow of the American Statistical Association, the Institute of Statisticians and the Royal Statistical Society of England. He has written more than 100 articles and he has edited, co-edited or co-authored six books on statistics. In 1990 he received the Olscamp Research Award.